UPDATE: I visited Paya Indah wetlands again recently (June 2011) and there have been some changes and improvements. See my website http://www.malaysia-traveller.com/paya-indah-wetlands.html  for more details.

Paya Indah Wetlands, located some 50km from Kuala Lumpur, not far from Putrajaya, is described on an official government website as Malaysia’s premier eco-tourism park covering 3,100 hectares. This may have been the ambition when the park was first established but in reality it is a bit of an odd place. Admittedly, the park’s 14 man-made lakes (presumably left over from  earlier mining activity) contain some attractive lotus plants and water lilies. Paya Indah translates as ‘beautiful swamp’ and in places it lives up to its name. The wetlands also serve an important function as home to a number of bird, insect and plant species. But as a tourist attraction, the park doesn’t really come up to scratch. A lot of money must have been spent on constructing the ticket office, restaurant, parking, toilet facilities etc. There are even some nice looking chalets for rent but everything seemed to be closed or abandoned and we pretty much had the place to ourselves. A friendly chap at the entrance told us about the main attractions which seemed to be a few hippos and crocodiles. This handsome hippo (from Botswana) was sociable but not really what you expect to see in a wetland eco-park. Some more work is needed to turn Paya Indah into a first class facility otherwise it risks becoming a white elephant to add to the hippos and crocs. 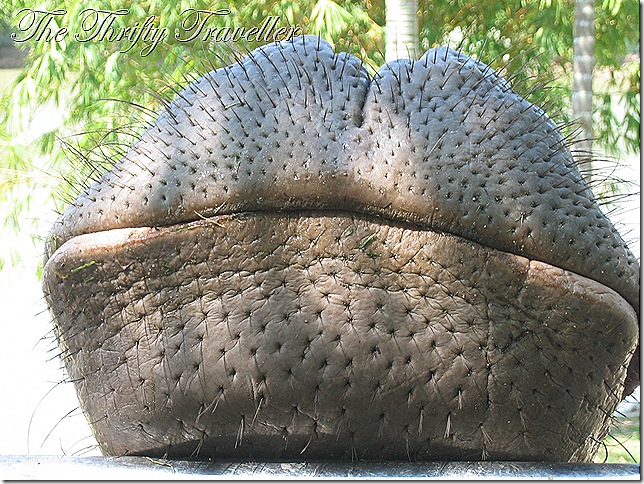