Just beyond the busy beaches of Port Dickson lies a small headland jutting out into the Straits of Malacca called Cape Rachado.  This headland is well worth exploring. It contains a forest reserve, a historic lighthouse, the site of a 400 year old naval battle and probably the best secluded beach in this part of Malaysia.

Before you can get to the beach you have to park your car outside the entrance to the forest reserve and walk 30 minutes or so up a steep road which cuts through the jungle. 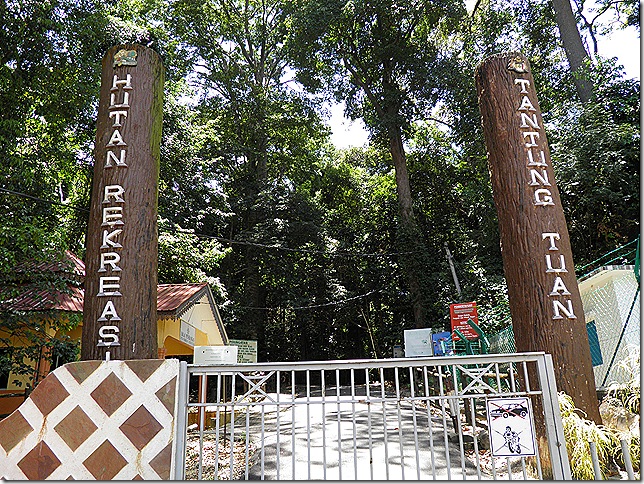 The whole 75 hectare area is a wildlife reserve and is popular with bird watchers as the headland lies on the flight path for eagles, hawks, buzzards, kite and falcons making their migration to Australia every February/March.

The road ends at the lighthouse, said to be the oldest in the country with the original structure dating back to the 16th century. 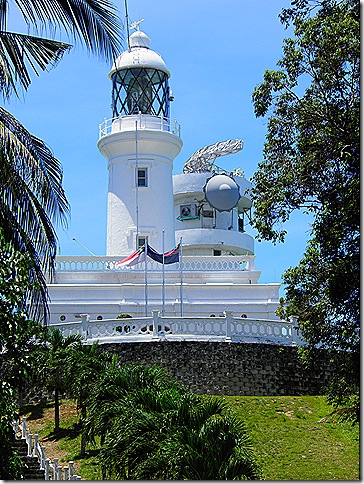 The first lighthouse on this site was built by the Portuguese to prevent their spice and treasure-laden galleons from being dashed on the rocks below as they negotiated the Straits of Malacca which are at their narrowest point along this stretch of coastline (on a clear day the Sumatran coast is supposed to be visible but I didn’t manage to see it). 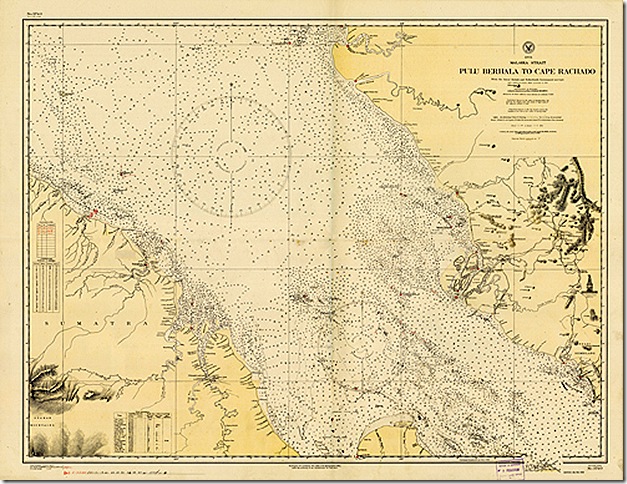 The present lighthouse tower was constructed in 1863 by the British. The shorter concrete radar tower on the right was built in 1990. Although I was not allowed to enter the lighthouse compound (you can if you obtain prior permission), the area in front of it provided a splendid view of the Straits which were looking crystal clear for a change. 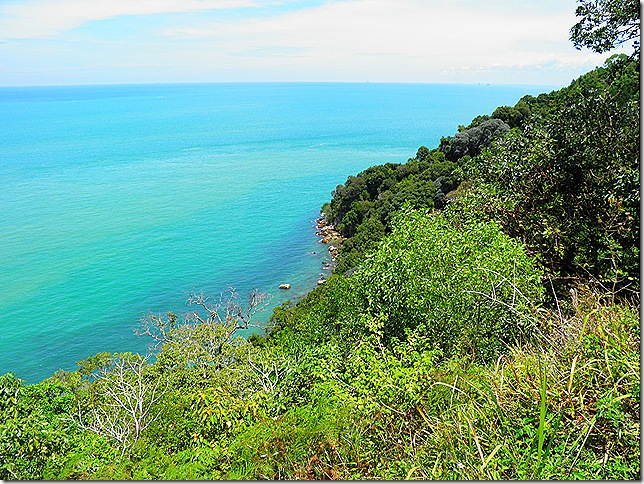 A significant naval battle took place in these waters in 1606 between the Dutch and the Portuguese who were vying for supremacy in this region. Eleven Dutch ships faced twenty Portuguese galleons in a two day battle involving lots of grappling hooks and cannonball salvos at point blank range. Two ships from each side were sunk before the Dutch broke off the battle leaving the Portuguese to claim victory. The Sultan of Johor however was more impressed by the tenacity of the Dutch and threw in his lot with Holland, eventually forcing the Portuguese, some 35 years later, to cede their prized colony of Malacca to the Dutch.

The shipwrecks of the four sunken vessels  have since been found and items such as cannonballs, coins and ceramics were retrieved. This superb bronze cannon was salvaged in 1995 from the wreck of the Dutch ship Nassau and is now on display in nearby Lukut Museum. 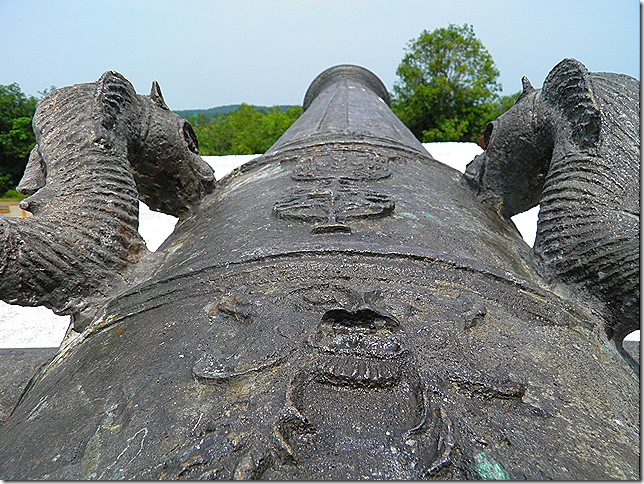 The other Dutch ship sunk was called the Middelburg which I suppose is Dutch for Middleton, as in Kate.

From the high point of the lighthouse, a steep footpath led down to the beach (another 15 minutes walk). 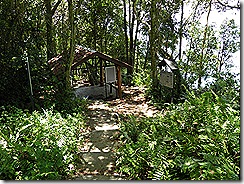 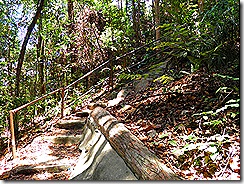 It was a hot and sweaty walk but well worth the effort – a virtually deserted and relatively clean sandy beach. 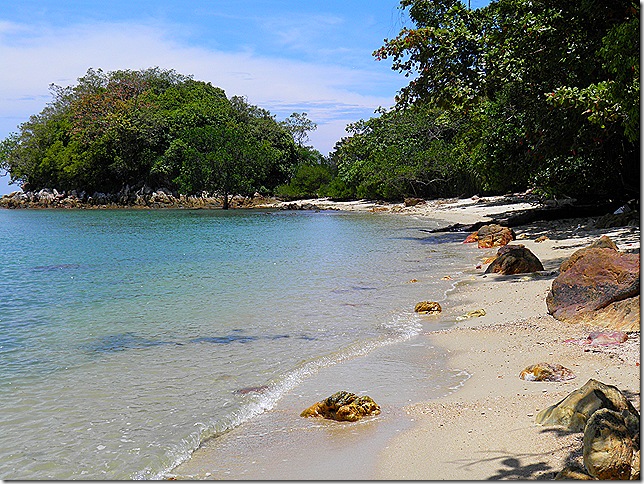 On the other side of the headland the shore is more rocky and some local guys were about to do a spot of fishing. 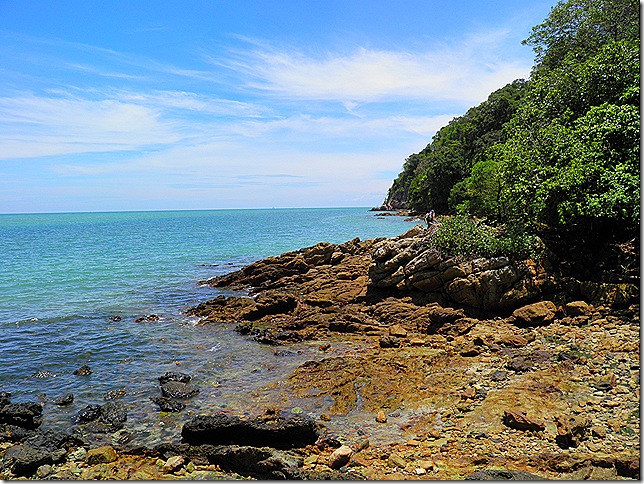 Another reason why the beach was so empty (apart from the effort needed to get there) could be because crocodiles are said to be occasionally spotted swimming in these waters. Seems unlikely to me but I couldn’t hang around to find out. I had inexplicably left my water bottle in the car and was by now feeling the effects of dehydration. Time to make my way back.

Cape Rachado is certainly a very quiet and beautiful corner of Malaysia. Somebody even appears to have chosen it as his final resting place. 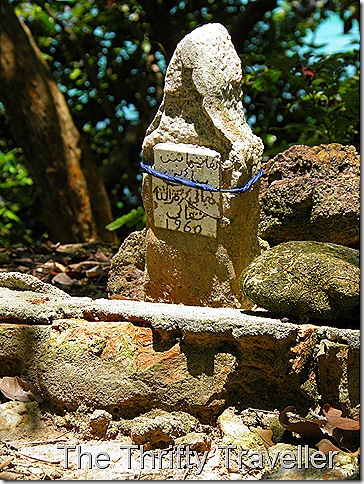