I have a reasonable collection of People’s Republic of China postage stamps which I acquired many years ago.

They have been quite a good investment as PRC stamp prices have risen sharply in recent years driven by the increased purchasing power of millions of Chinese collectors.  Of course nothing is a good investment until it is actually sold and profits taken and that is especially true in stamps where prices can go down just as sharply.

So, although I am very attached to my collection, I have decided to sell it before the bubble bursts.

I have taken a final look at them before they go and I thought I would show you a few interesting items. 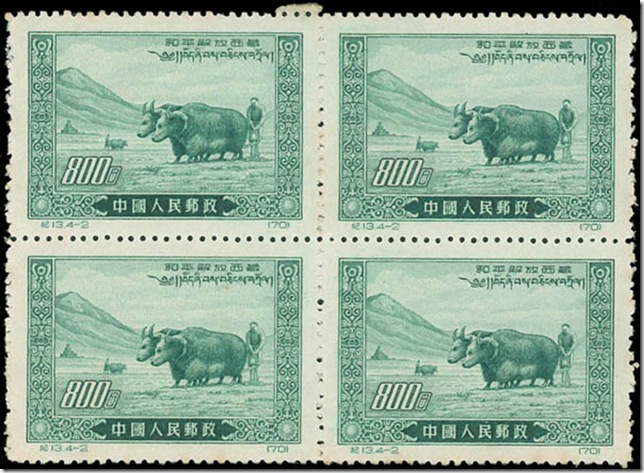 In the early days of the PRC they issued fairly normal looking stamps for the time. The above stamps are from a 1952 set called Liberation of Tibet. Note the use of Tibetan script. 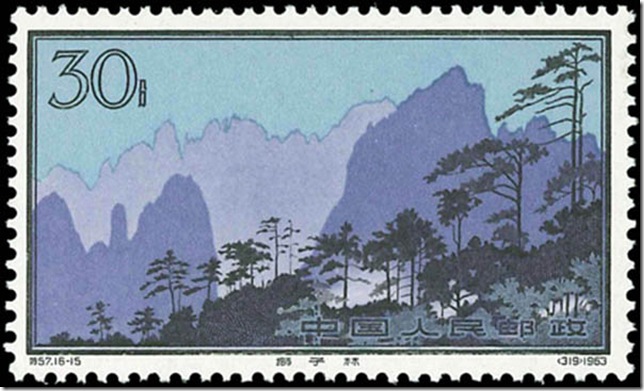 By 1963, China was issuing very attractive stamps such as this one depicting Huangshan, a beautiful mountain that I hope to climb one day with my friend The Weary Traveller. I would need a visa for China so I am going to make no comments about the aforementioned Liberation of Tibet. 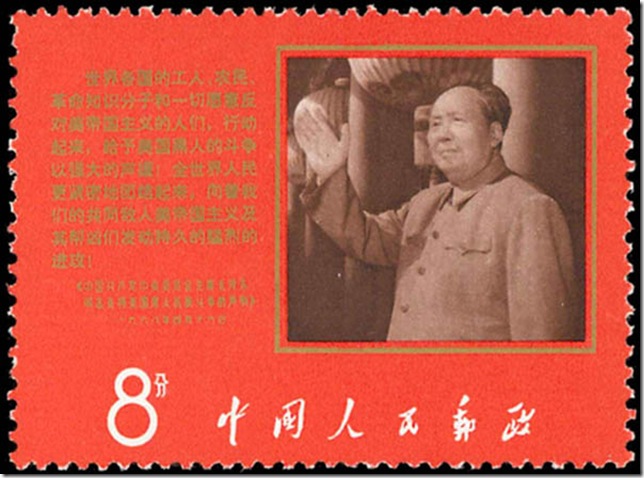 Then came the Cultural Revolution (remember the Little Red Book?) and most of the stamps issued at the time featured Mao and his thoughts. The above stamp from 1968 is called the Anti-American Declaration. I cannot read Chinese but it probably says something like “Stop bullying us America, we’ll revalue the Yuan at our own pace”. 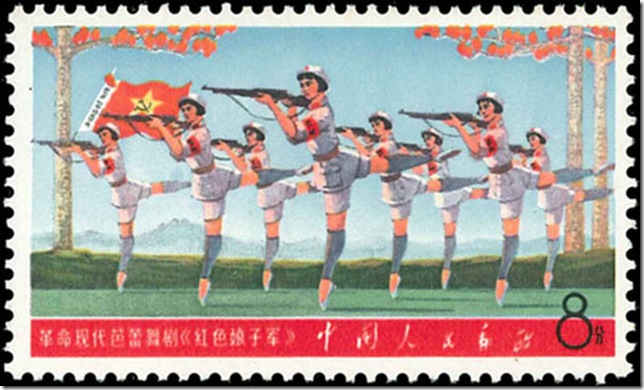 Even the arts were not spared from the propaganda as this battalion of ballerinas shows.

There are a few interesting PRC philatelic rarities which unfortunately I do not own: 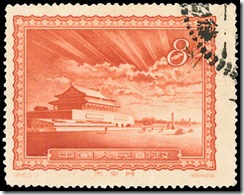 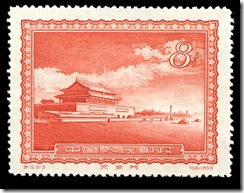 The above left view of Tiananmen Square was withdrawn before issue because the sun’s rays were felt to resemble the glare from a nuclear explosion. The version on the right was issued instead.  The stamp on the left sold for HKD920,000 in auction in September,  well above its estimate of HKD500,000. 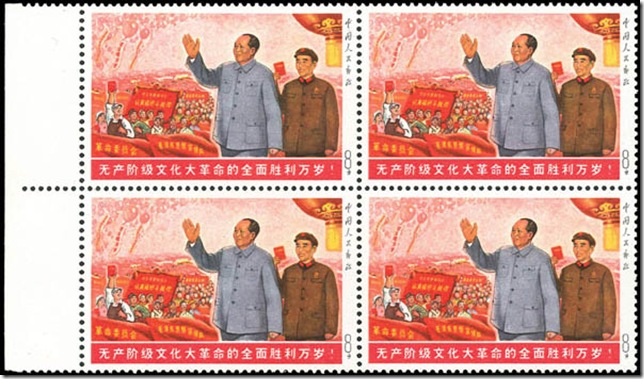 This 1968 Great Victory of the Cultural Revolution stamp depicting Mao and Lin Biao (Mao’s heir apparent) was distributed to post offices but withdrawn before the official issue date. One post office in Hebei was said to have sold a few before the issuance date which explains the rarity of the stamp ( I wonder what happened to the postmaster!).  I don’t know why the stamp was withdrawn but Lin Biao died in a plane crash 3 years later after a failed coup attempt.  A similar block of 4 of these stamps sold for nearly HKD7million this year. 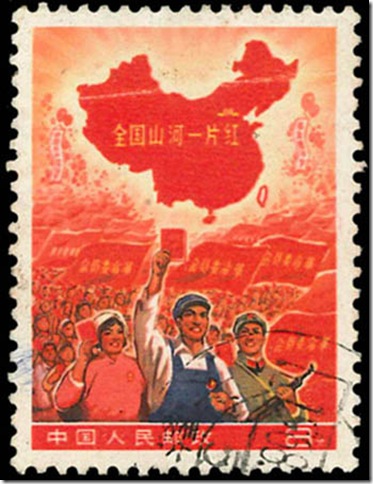 Finally, this 1968 stamp called The Whole Country Is Red was withdrawn when it was noticed that the Xisha and Nansha Islands (the still disputed Paracels and Spratleys Islands respectively) were missing from the map of China. Since these islands are so microscopic the artist could have argued that they are in the crowds somewhere but Mao wasn’t a person to argue with so the stamps were destroyed apart from a few whose lucky owners can now sell for HKD750,000 a piece.