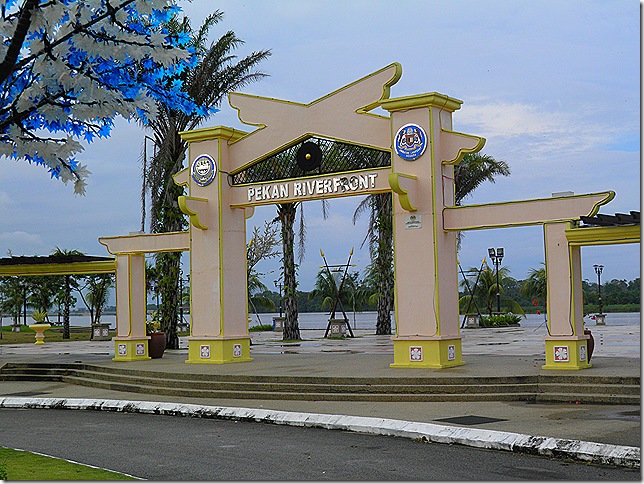 Pekan is apparently named after a purple flower, the Bunga Pekan (brunfelsia calycina) commonly known as Yesterday-Today-And-Tomorrow.  It’s a silly name for a plant but apt for a town which is undergoing change. On one level, Pekan is the home of Pahang state’s Royal family and the town boasts palaces, a polo field, a golf club, the State Museum and some smart mosques. 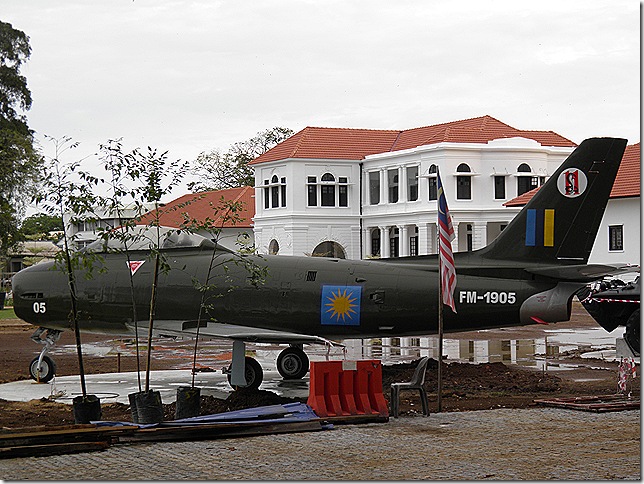 Elsewhere it is more like a kampung with chickens running around, cow pats on the streets and quaint old wooden houses. 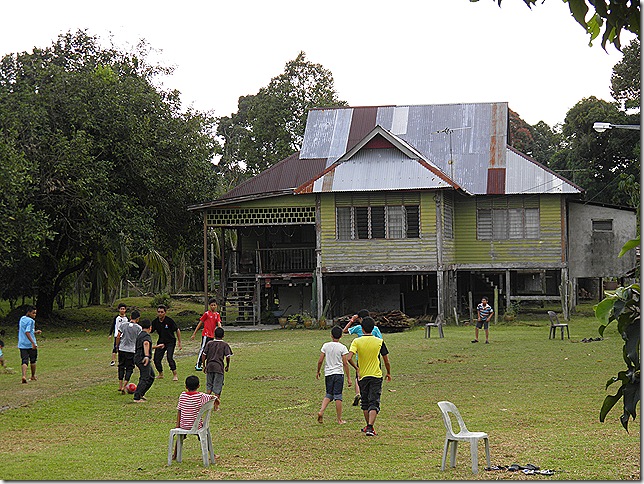 Across the river is a newer part of town with an industrial zone which includes motor assembly plants for Mercedes Benz and Isuzu. 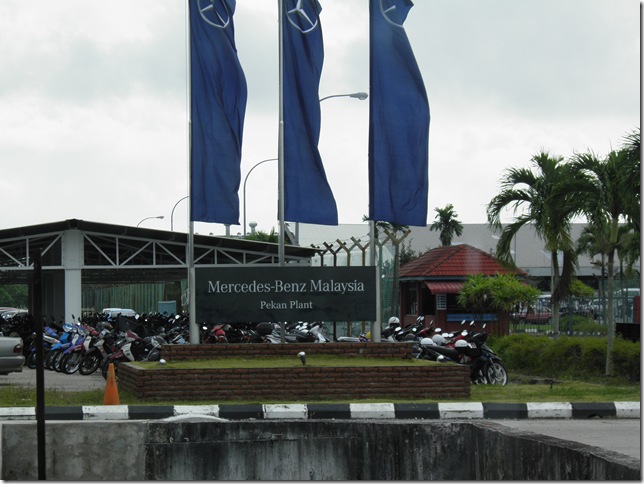 I arrived in Pekan with daylight fast disappearing and as I had not booked a hotel I was wondering where I would end up staying. With few other choices I checked into the Melati Inn which might have had a futuristic design when it was built in the 1960s but now, like an old James Bond film, looks very dated. 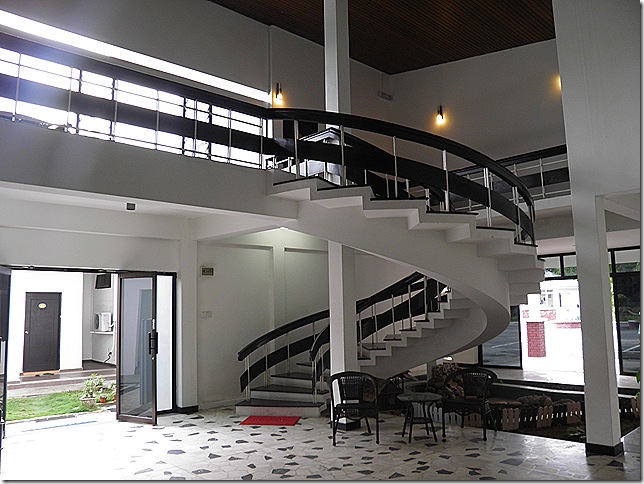 The receptionist told me that it used to be a guest house owned by the royal family. I think guests would have been a bit disappointed by my room which was grubby and had mildew stains on the walls from water leakage. Still it had cable TV so I could watch English football and the WiFi worked. There was no breakfast because the chef apparently would not bother turning up just for one guest. 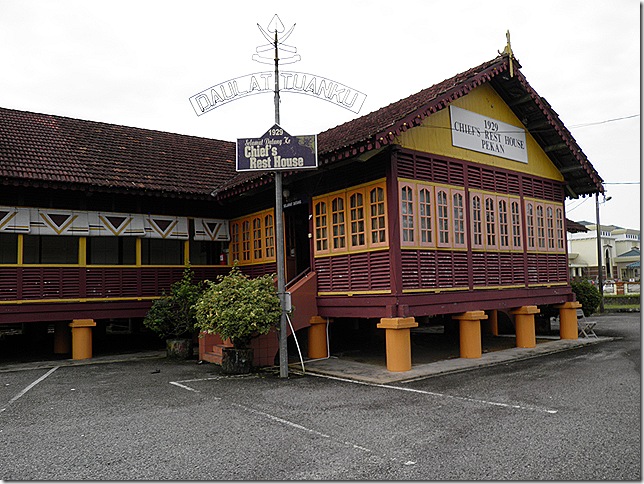 This is where I should have stayed, The Chief’s Rest House, an establishment with far more character and charm (and cheaper too) but unfortunately I did not find it until the next morning. 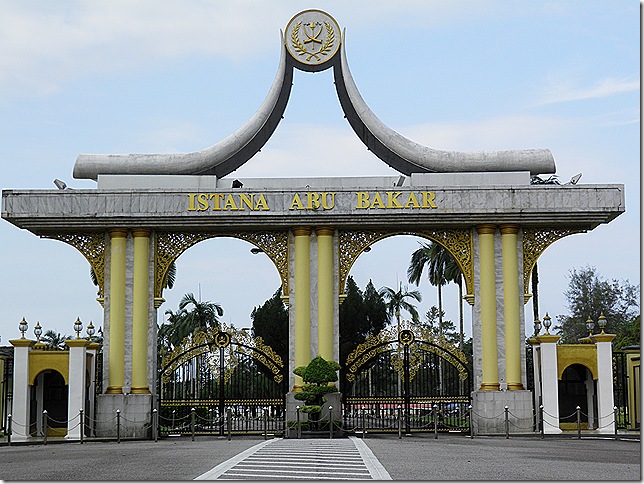 Close to the Chief’s rest House is the Sultan’s main palace, Istana Abu Bakar, and the Royal Pahang Polo Club. The golf club appeared to be closed off for renovations. 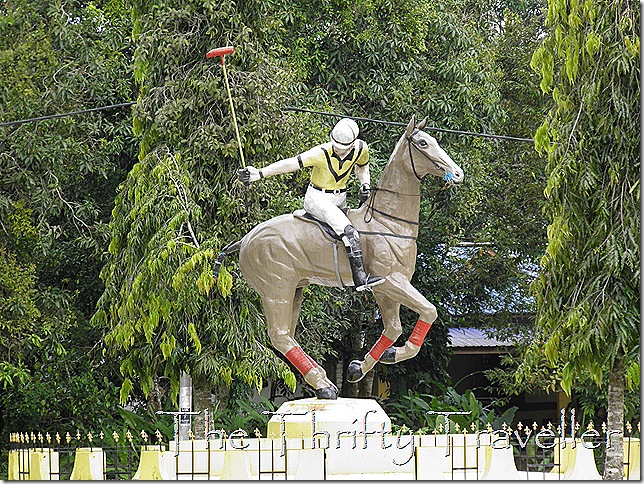 5 thoughts on “Pekan–Royal Town in Pahang”