When I wrote my piece on Batu Gajah’s Christian cemetery,  God’s Little Acre, last November I mentioned Charles Alma Baker, one of the early pioneers of Perak. This Kiwi was a surveyor by trade but with a strong entrepreneurial streak and he made a fortune from plantations and tin mining. In later life he gained fame as a big game fisherman back in New Zealand.

He was born in 1854 to humble British parents who had recently migrated to New Zealand. He was named ‘Alma’  after the battle where British and French troops defeated the Russians during the Crimean War.

Through hard work and social skills he made a name for himself in Auckland and married Florence, the daughter of Sir Frederick Whittaker, a leading politician and businessman. Things were looking up until he scandalously fathered a child with a high born Maori girl called Maria Nikora and soon after, at age 36, he and Florence left New Zealand for India via Singapore (maybe he had to).

They missed their next ship from Singapore and on discovering that there was a great need for surveyors in Perak to support the ever growing tin mining industry, they decided to abandon the idea of India and head for the Kinta Valley which became the Baker’s main home from 1890 until his death in Penang in 1941.

Life in Batu Gajah, the administrative centre of the Kinta District, must have been sleepy, even by New Zealand standards, with a European population of less than 30 (including just 6 or 7 women).

He made good money out of his Government surveying contracts, some of which he carried out in partnership with William Kellie Smith and in 1894 he decided to build a grand new house to show off his wealth. This no doubt aroused jealousy among the cliquey colonial Perak society.  The Perak Pioneer reported cattily:

“Mr Alma Baker is building a fine house facing the Race Course, to be called, probably, Goodwood or Ascot, or some appropriate name of the kind – or maybe, ‘the Bakeries’.”

There was probably even rivalry with his friend Kellie Smith (or more likely their wives) and in an act of one-upmanship Kellie Smith later began constructing  Kellie’s Castle, an act which might have bankrupted him if not for his wife’s inheritance.

The Government terminated Alma Baker’s surveying contract in 1897 and he turned his talents to mining. Some of his mining concessions were more successful than others but he was a pioneer in the use of tin dredges and he made a fortune from fabulously rich tin deposits on his land near Simpang Pulai .

By 1906 he was ready to diversify into rubber and with some difficulty acquired a lease from the government for 2,000 acres with which he established Kinta Valley Estate.  By 1914 his estate was booming.

In later life he spent more time on other pursuits such as supporting the war effort, game fishing, horse racing and farming in New Zealand.

This YouTube video has some more details about Alma Baker’s fishing exploits including catching an 850lb black marlin.

When I visited Batu Gajah last year I passed the remains of Charles Alma Baker’s house. Only the supporting pillars were left standing as the wooden house on top was, according to various sources, demolished in 2005. 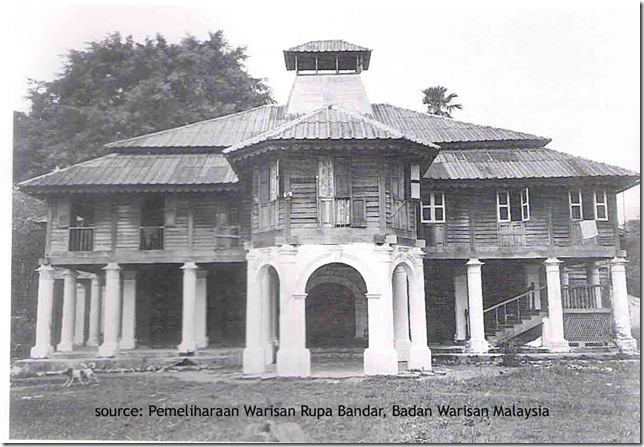 Later I learned from a newspaper article that in fact the house had not been destroyed but carefully dismantled and rebuilt on a new site in faraway Kampung Telaga Papan in Setiu, Terengganu.

Since I was passing this village during my recent travels I was determined to try and find the reassembled house. I had to ask a couple of locals for directions and eventually found the Alma Baker house, now renamed ‘Ombak’, in a secluded beachfront location. 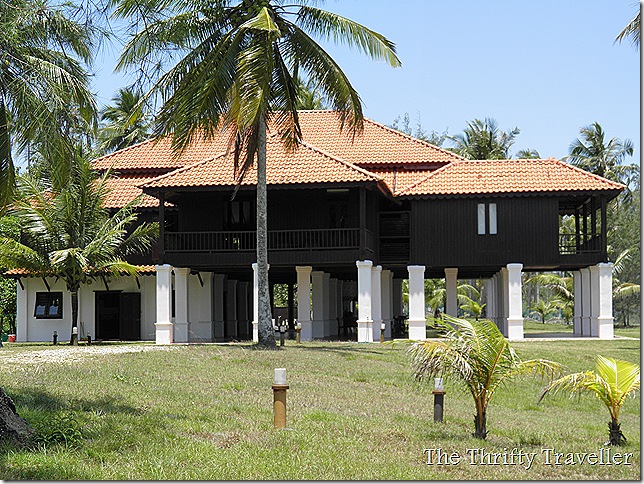 The appearance has changed quite a bit and I might have doubted it was the same house if I had not seen a photo of it in the coffee table book From Alma Baker Mansion to Ombak: Relocation and Restoration of a Colonial Style Malayan House written by the new owner, Datuk Ahmad Hisham Kamaruddin. 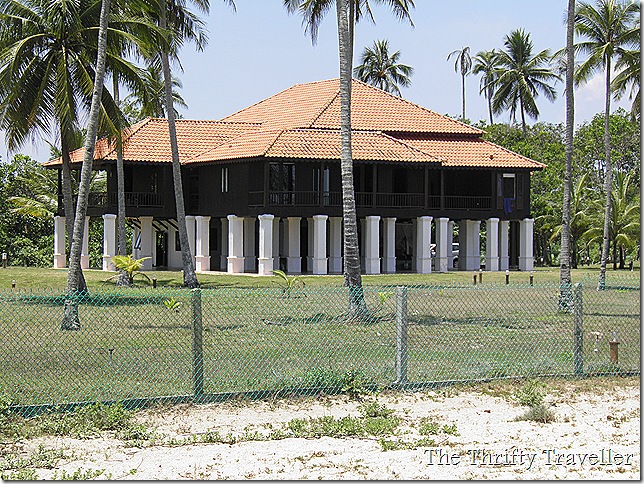 Purists might complain that this historic house has lost some of its value by moving it from its proper context but at least it has been preserved and given a new lease on life  (albeit with a modern makeover) and as for the location, I think it is a big improvement on the original!