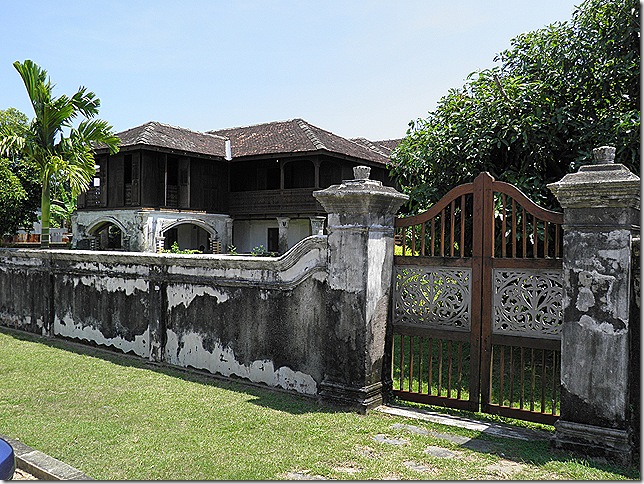 Fort Duyong, or Kota Lama Duyung, is located on an island (Pulau Duyung) in the estuary of the Terengganu River  a few kilometres from the city centre of Kuala Terengganu.

It was never really a fort in the military sense but was given the name because it was surrounded by a brick wall and partly built from cement whereas all other houses on the island were made only from wood at that time (1920). 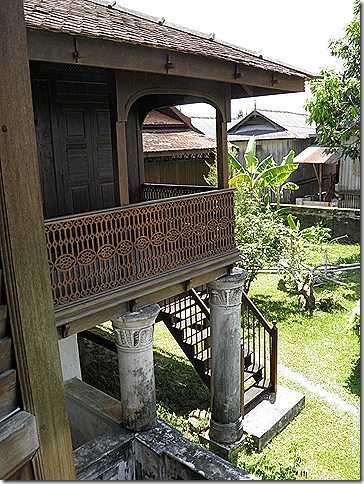 This house, now a museum, is a mish-mash of architectural styles including Islamic, Chinese and Western. The information plaque describes it as having ‘strong Corinthian and Egyptian influences’. 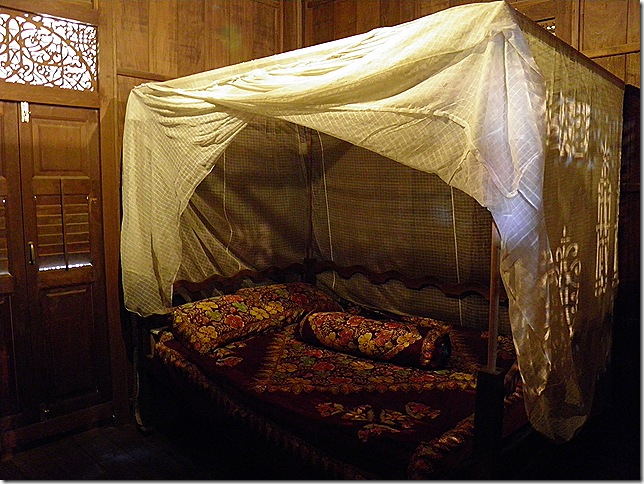 There are lots of examples of skilled carpentry throughout but they are not the originals. The old house fell into disrepair and was damaged by a flood in 1986. What we see now is a restoration completed in 1999 following closely the original design. 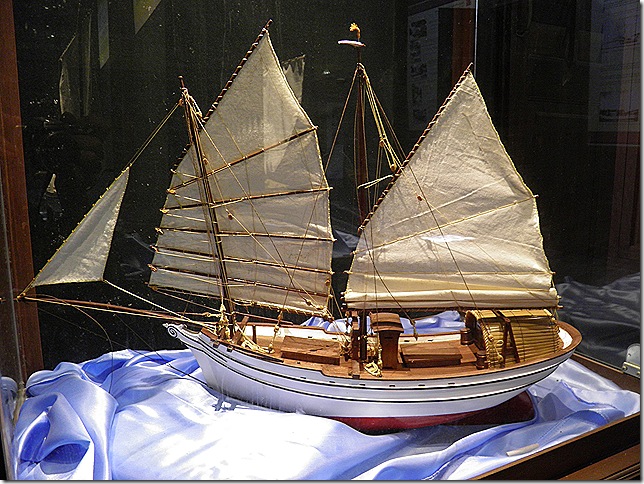 There is not a huge amount to see at this free museum but it does have a few nice boat models, perhaps reflecting the island’s fame as a boat building centre. Here is the Malay name for this particular type of boat: 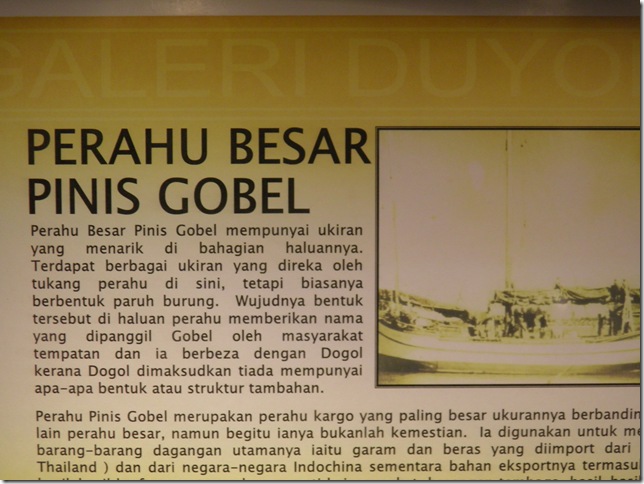 The museum is open from 9am to 5pm. It is closed on Fridays. 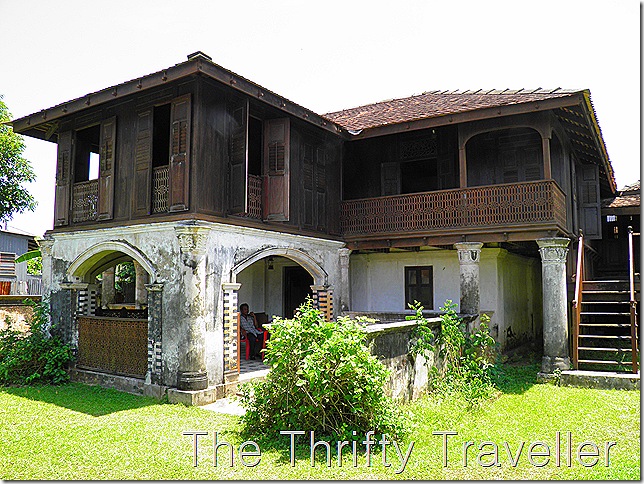