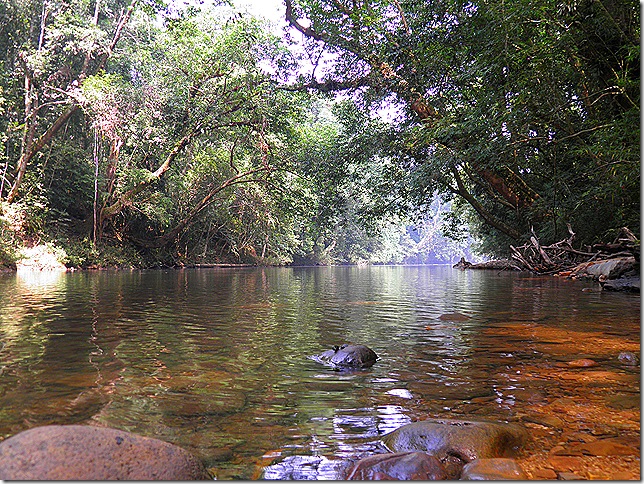 Taman Negara is Malaysia’s premier national park covering a vast area of a million acres spanning three states. Established in the 1930s, Taman Negara is the oldest and the largest protected area in the peninsular and acts as a gene bank for biodiversity resources
in Malaysia, many of which are threatened by relentless development.

The park’s pristine condition makes it a popular eco-tourism destination but most visitors do not stray far from the main entry point of Kuala Tahan, leaving the bulk of the park undisturbed by humans, apart from the small community of Orang Asli who have always lived there.

My younger son and I spent a couple of days at Taman Negara last week and we covered the usual tourist activities such as the 530 metre long canopy walk, a boat trip to Lata Berkoh and a short hike up Bukit Teresek. 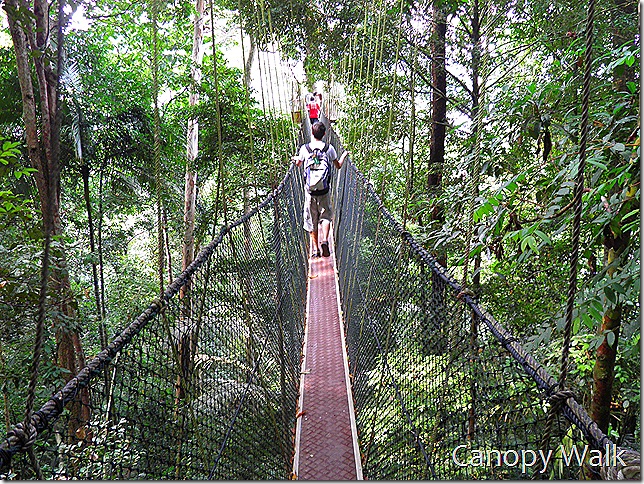 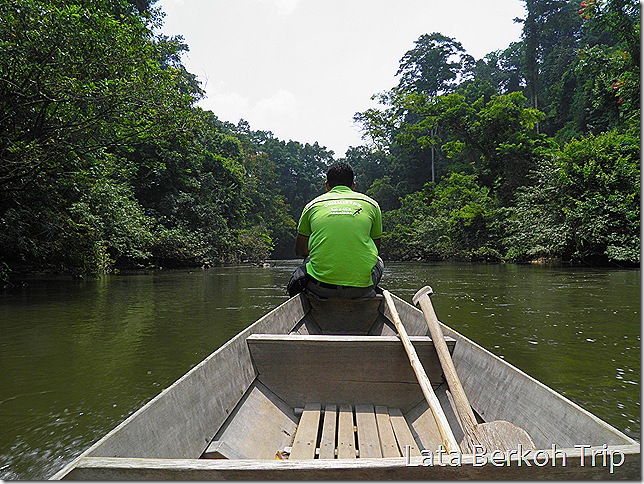 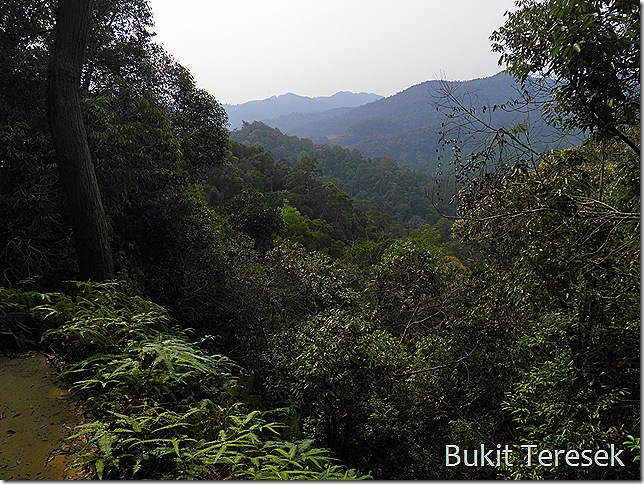 We wisely decided not to attempt the tortuous 7 day hike to, and climb up, Gunung Tahan, peninsular Malaysia’s tallest peak (2,190m).

While there is no denying the unspoilt beauty of the scenery of Taman Negara, many tourists must go away disappointed at the lack of wildlife that can be spotted. Unlike an African safari where animals congregate at water holes or roam the plains in vast herds, Malaysia’s wild critters are a shy bunch and rely on concealment for survival, and there are plenty of places to hide.  In our short stay we saw a family of wild boars, a deer and some monitor lizards but there was no sign of tapirs or wild elephants. As for glimpsing virtually extinct rarities such as the Sumatran Rhinoceros or tigers, you have more hope of winning the lottery.

Even birds are not abundant. We see more in our garden than in the rainforest. The bugs are impressive though – exotic, huge and everywhere.

On our way back from Taman Negara it was disturbing to see considerable logging activity going on just a few kilometres away from the national park’s boundaries. 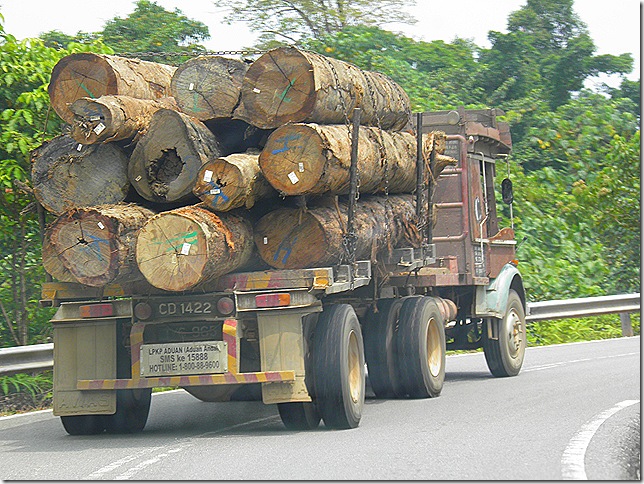 Here a line of trucks is queuing up to be loaded with logs which will be turned into laminated flooring or garden furniture for a UK hardware shop, or shipped to Japan for use as disposable chopsticks or to China as plywood for the construction industry. Is it sustainable logging? Of course not. 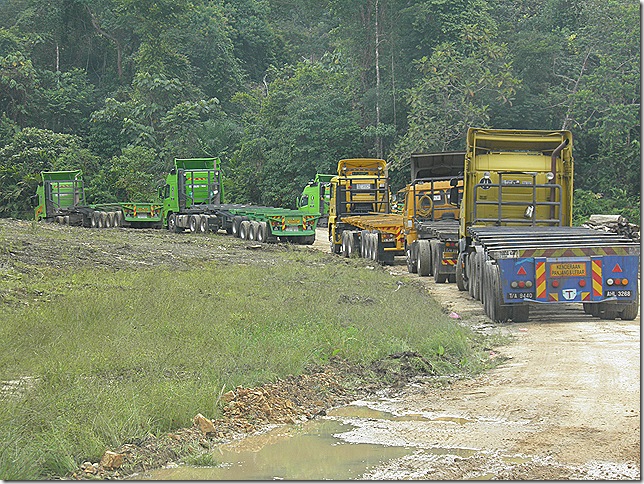 As forest clearance creeps closer to the edge of Taman Negara, whatever animals live there will shift to the centre of the park making them even rarer to spot for the tourist.

Here is a link to the satellite map of the area where the logging is taking place. I don’t know when Google recorded that image but presumably more logging has taken place since. It’s not very pretty.