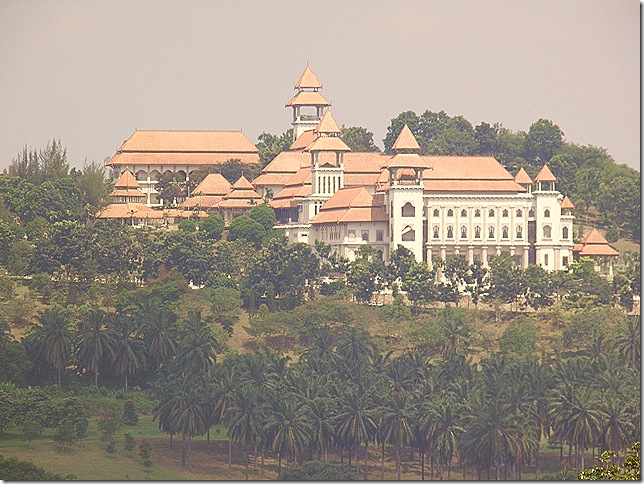 Istana Melawati was built around 12 years ago as the Putrajaya residence for the Yang di-Pertuan Agong (Malaysia’s constitutional monarch).

Since Putrajaya is the nation’s administrative capital, it was no doubt felt appropriate that the monarch should have a palace and royal retreat here.

And a very nice looking palace it is too. It sits on the highest hill in the centre of Putrajaya and enjoys fine views over the city. It is built in traditional Malay style with multi-tiered roofs and three high watch towers.  The complex includes a royal wing (private quarters), a ceremonial reception wing and an administration block.

I get the impression that the palace is not used a great deal except for the occasional official ceremony where a Putrajaya venue is deemed more suitable than the main National Palace in Kuala Lumpur.

If the powers that be ever decide that it is surplus to requirements it would make a very nice resort hotel.