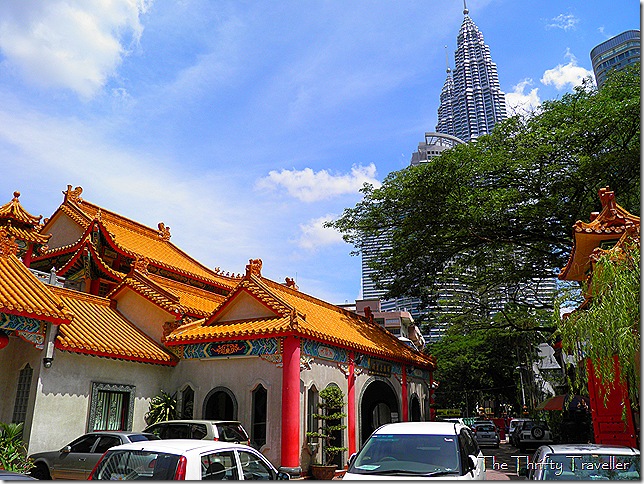 A few minutes walk away from the Twin Towers, on Jalan Ampang, one of the busiest streets in Kuala Lumpur, is a traditional Chinese gateway leading to the Kun Yam Thong Temple. I must have passed this location a number of times without really noticing it. Perhaps I was concentrating on not getting run over by the constant flow of traffic in this area. 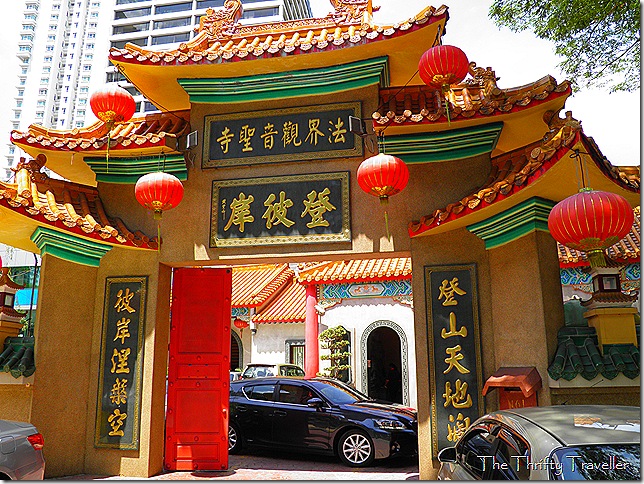 Once inside the gate, you find an oasis of relative calm which could be made better if the temple did not allow visitors to park in the outer courtyard.

There has been a temple on this site since 1880. It used to be called Deng Bi An Temple until it was taken over in 1993 by the Dharma Realm Buddhist Association, a group founded by Venerable Master Hsuan Hua in 1959 and which has a strong following in USA and Taiwan. 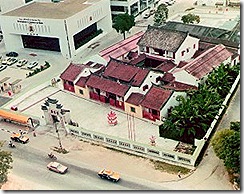 This is how the temple used to look before it was renovated at great expense and reopened in 2006 as Kun Yam Thong Temple. The name literally means Guan Yin’s Hall and is named after the Goddess of Mercy, Guan Yin, whose statue with 1000 arms and 1000 eyes is on display inside. More formally, the temple is also known as the Dharma Realm Guan Yin Sagely Monastery.

The small statue seen here (lower left) in front of the giant Guan Yin is of Zhunti Bodhisattva and is one of the treasures from the original Deng Bi An Temple. 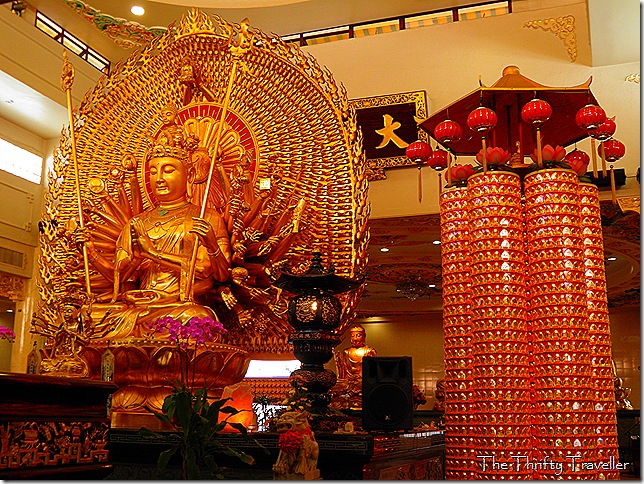 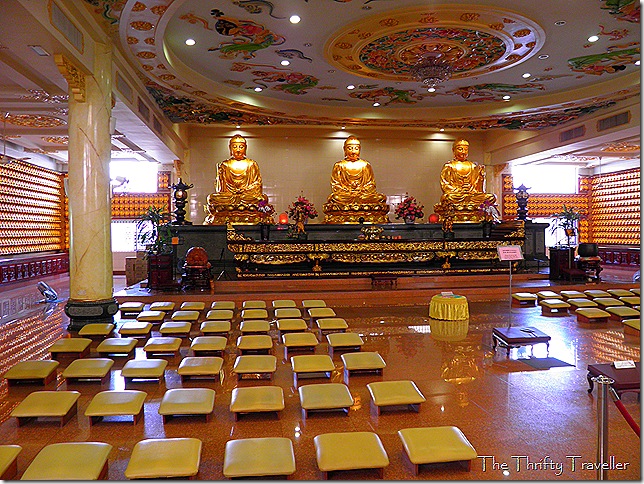 This gilded Earth Store Bodhisattva statue was made in Putian in Fujian Province, China. 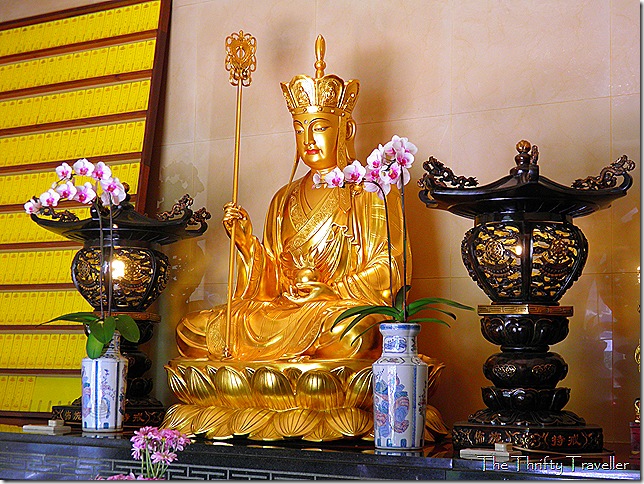 At the rear of the temple is a 500 seat dining area serving low priced, healthy, and (so I’m told) delicious vegetarian lunches from 11am until 2.30pm. This simple self-service restaurant does not use MSG and is very popular with business people working in the tall tower blocks surrounding the temple. Quite a few veggie-loving tourists come here too to enjoy a tasty meal for around RM5 to RM10. On the 1st and 15th days of each lunar month food is served free-of-charge to the needy from 7.30am – 2.30pm. 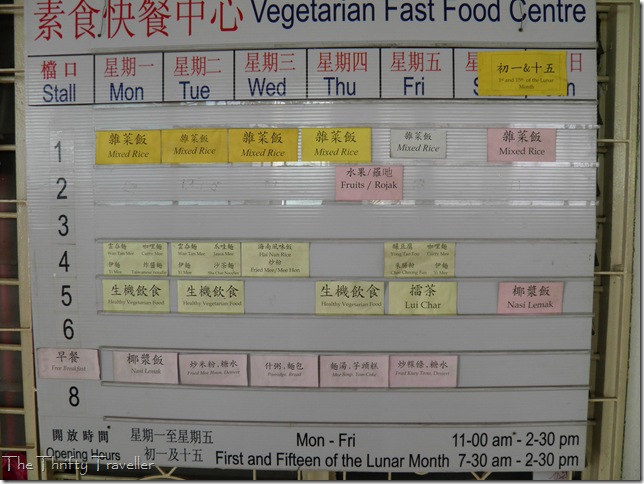 The temple also has a library and bookstore. Some books can be taken away in exchange for a donation. This temple is well worth visiting. There is no admission fee but there are plenty of donation boxes to show your appreciation. 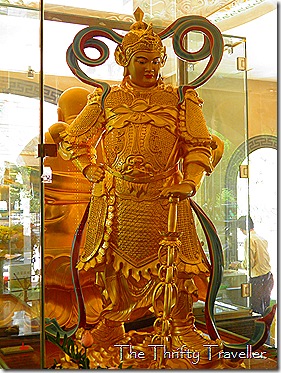 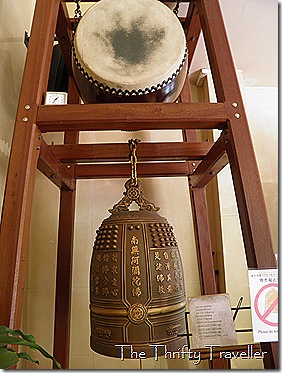