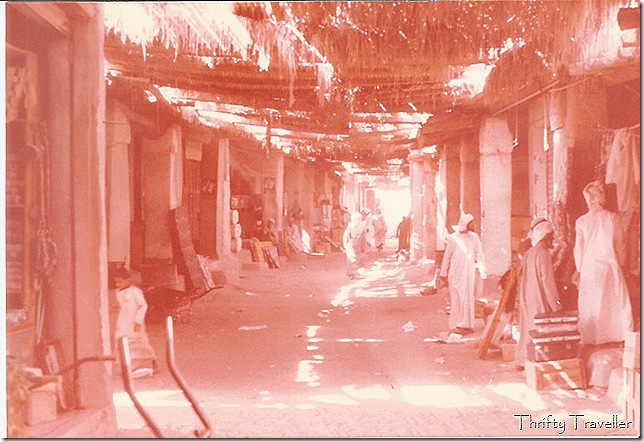 A country that I have not yet written about on this blog is Oman. I lived there for just over four years from November 1976 to February 1981 when I was a very young man working for The British Bank of the Middle East (now HSBC Bank Middle East).

I have very few photos remaining from this period of my life and those that do survive have faded to a nasty brownish monotone as you can see.

In 1979 I was working as a leave relief officer and was sent to numerous branches all over Oman to enable the branch managers to attend training courses or take ‘local leave’. One such assignment was to Ibri, a small oasis town in the back of beyond, several hours drive from the capital, Muscat. 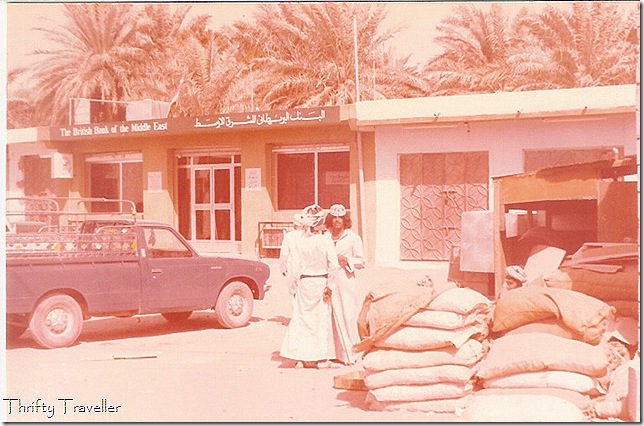 With hindsight you have to wonder why the Bank ever opened a branch in Ibri. There was very little commercial activity other than small traders and builders. The interior of Oman was fairly impoverished in those days and most of the personal savings and current accounts had very low balances. Over half of the customers were illiterate and transactions were evidenced by thumbprints and account holders were identified by the photo stapled in their savings passbook. The staff too had very little schooling.

Apart from the bank manager there were only two westerners in the town – they worked for the US Peace Corps and were married to each other. For entertainment. the manager would occasionally drive 100km (round journey) to the Strabag camp near Bahla to watch a film and have a beer (Strabag, an Austrian/German construction company, were building a road nearby). 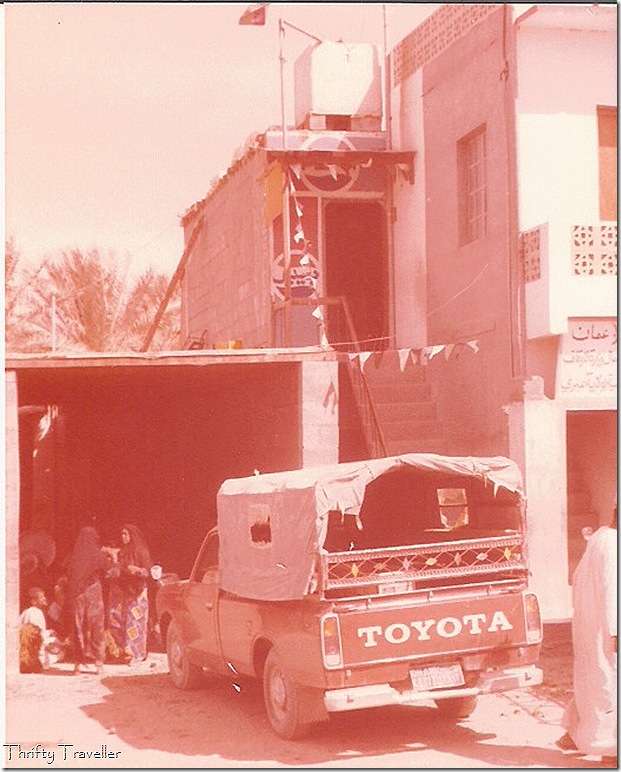 Restaurant (with the ‘Bebsi Cola’ logo).

My favourite mid morning snack was an omelette, flavoured with thin slices of fiery green chillies and rolled up in Arabic bread. It was delicious. 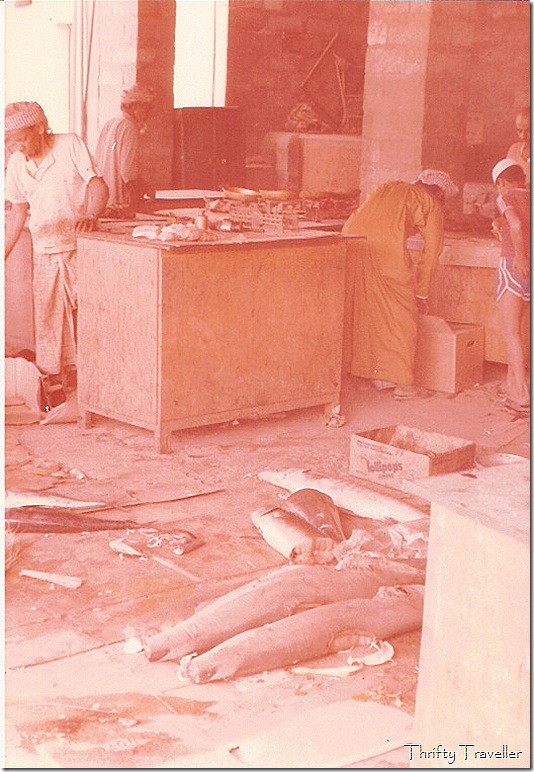 Considering Ibri was so far from the sea, its fish market had quite an array of fish but with no fridges or ice in sight it didn’t smell great! 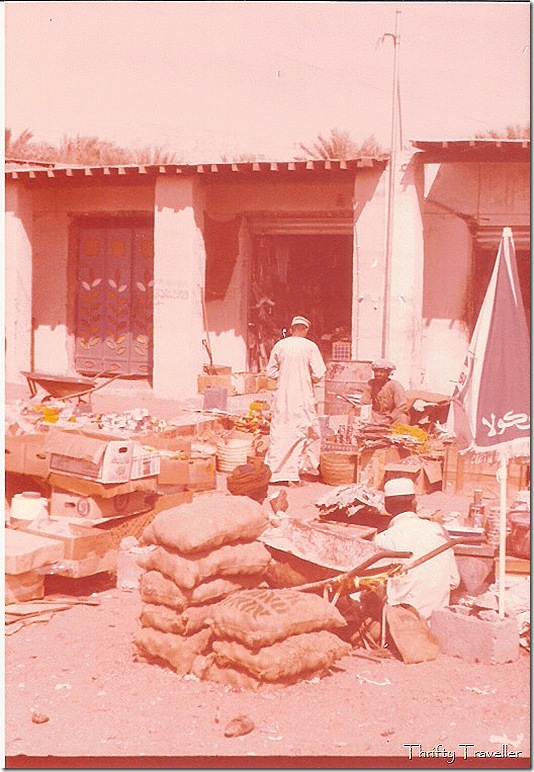 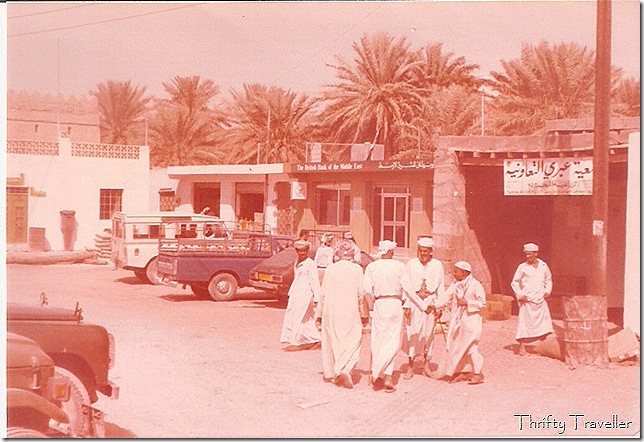 Bank Land Rover (white) in front of the branch and, if I’m not mistaken, my old Toyota Corona hatchback next to the pick-up.

Shaking hands was (and probably still is) the main social pastime in Ibri. I would have to shake hands with each of my staff and say Kaif Halak? (how are you?) several times a day. Needless to say, after 4 years in Oman I was completely barmy! 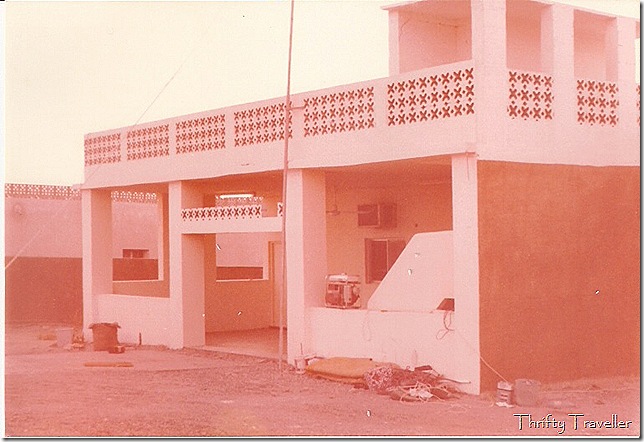 The Bank Manager’s Residence in Ibri, 1979. Note the generator on the porch.

After a hard day in the office helping his staff to look for the cash shortage and balance the general ledger the bank manager returned to this palatial home for a stiff gin and tonic, an inedible meal and a lonely evening-in listening to Abba cassettes before the power went out. I was only there for a few weeks but we all felt sorry for the poor guy who was the regular manager.

Ibri was not an easy assignment for a young bachelor and the Bank recognised this by rotating the manager out and back to civilisation (i.e. Muscat) after less than a year. 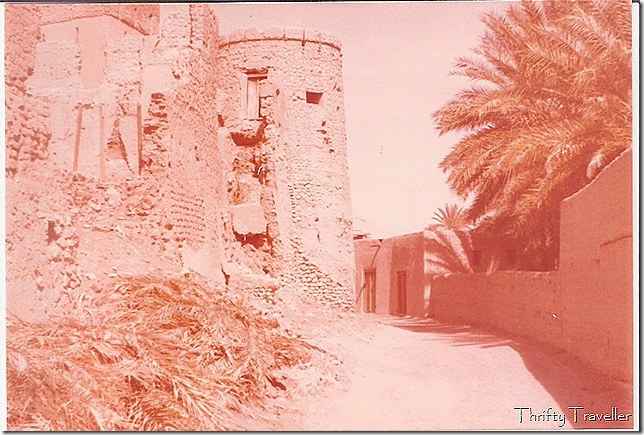 Ibri, Nizwa, Buraimi or Bahla? I can’t remember. My memory is as faded as the photo.