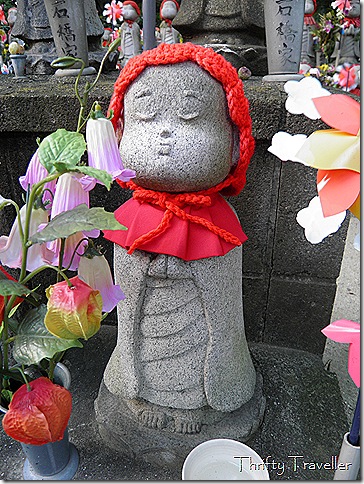 During one of our Tokyo strolls we came across Zoji-ji, a Buddhist temple complex belonging to the Jodo Shu denomination, one of the most widely practiced branches of Buddhism in Japan.

Jodo Shu was founded in 1175 by Honen Shonin, inspired by the teachings of a Chinese master, Shan-tao, who perfected Pure Land Buddhism. I’m no expert on Buddhism but as I understand it, Jodo-Shu followers believe that by reciting the Nembutsu Prayer devotees can receive Buddha’s salvation and be reborn into the Pure Land of Bliss after death.  This somewhat optimistic philosophy contrasts with some other Buddhist schools of thought wherein salvation is nigh on impossible for ordinary mortals, even after countless births and rebirths, due to the fact that we are flawed, sinful and pathetic – we’re only human after all! 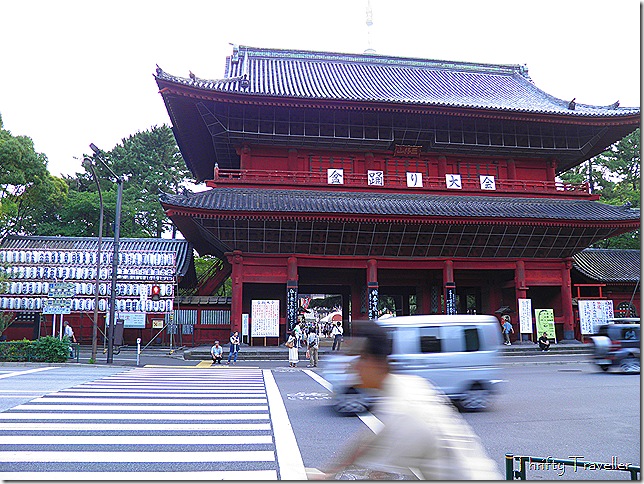 We entered the temple complex through the 391 year old Sangedatsumon which I have since learnt can be translated as ‘The Gate For Getting Delivered From The 3 Earthly Vices’ (greed, anger and stupidity). If I had known that at the time, I would passed under the gate half a dozen times as I could use a bit of stupidity removal. 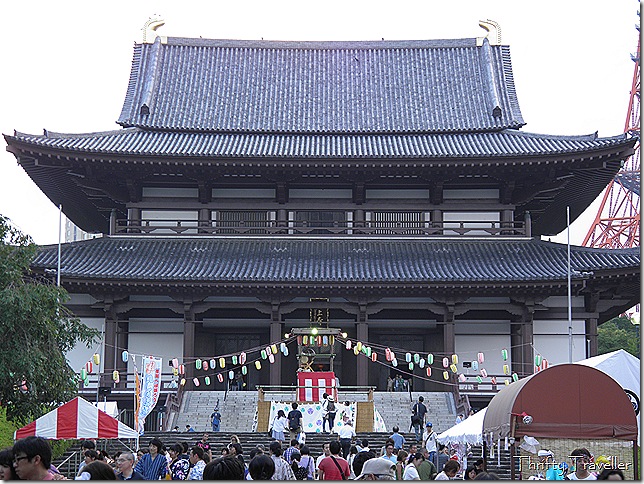 The main temple building is the Daiden which was rebuilt in 1974. (Although Zoji-ji has been on this site since 1598, most of the buildings are recent since the area was flattened during the War). Inside this temple is a statue of Amida (Pure Land) Buddha, flanked by statues of Shan-tao and Honen Shonin. 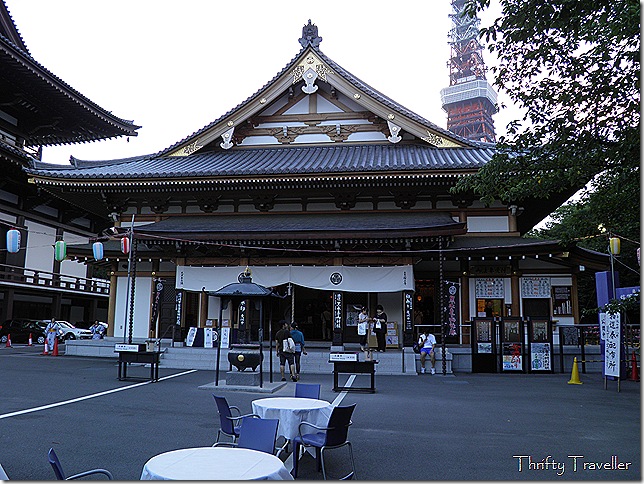 Adjacent to the main hall is the Ankokuden containing the Black Image of Amida Buddha which was worshipped by Ieyasu Tokugawa, 1st Tokugawa Shogun. This image is said to bring victory and ward off evil. It is only shown to the public three times a year. 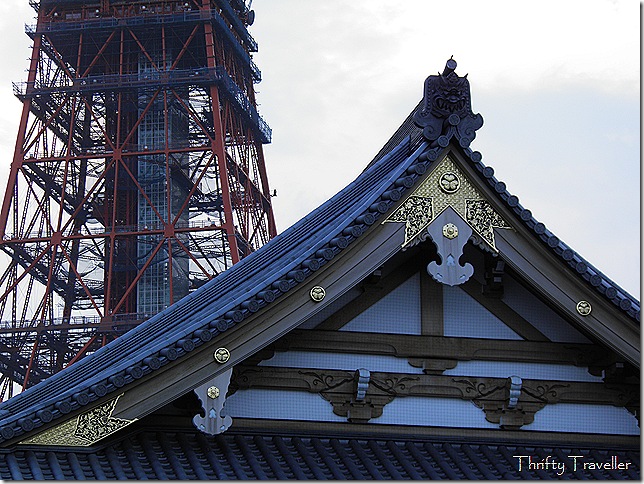 As you can see, Tokyo Tower overshadows the Zoji-ji temple.

Services for aborted and miscarried foetuses and still-born babies (collectively known as mizuko or ‘water babies’) are performed in the Ankokuden hall, for a fee. In Japan, abortion is not the taboo or controversial topic it is in many countries. It is entirely legal to abort within the first 5 months of pregnancy and abortion is reasonably common but its ready availability does not make the decision any easier for the would-be mothers.  One of the five precepts of Buddhism is to abstain from taking life and some pregnant Buddhists (and their partners) might feel that having an abortion will lead to bad karma in the future. 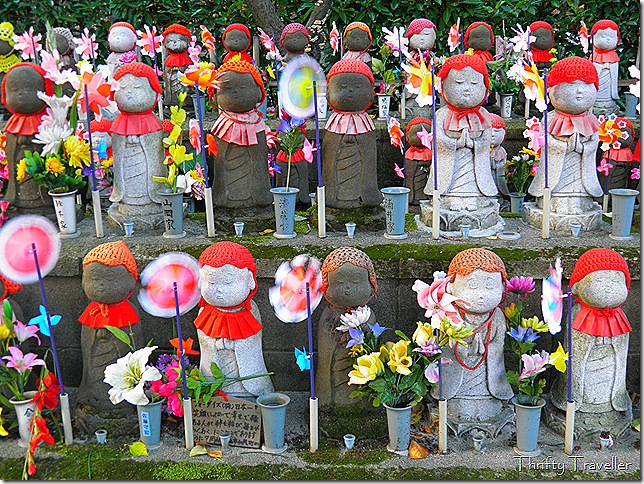 To offset this risk, mothers of the mizuko select an available stone doll statue (jizo statue) at the temple to represent their lost child and decorate it with artificial flowers, plastic windmill toys and red woollen bonnets. They perform prayers here to shorten the suffering of the child in the afterlife and, in the case of abortions, to atone for any guilty feelings of the parents.

It’s all rather sad but perhaps this practice is more compassionate than in many other countries where such unborn children have no memorial at all. 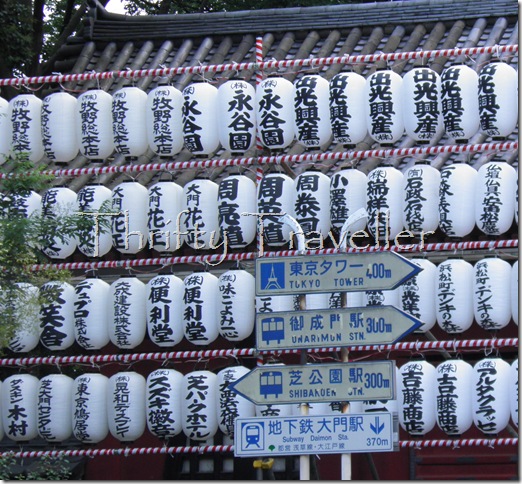