On 6th October 1951, on a lonely stretch of winding road between Kuala Lumpur and Fraser’s Hill, Sir Henry Gurney, the High Commissioner for the Federation of Malaya was murdered by communist terrorists (CTs). 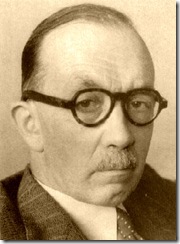 He was travelling to Fraser’s Hill for a recreational visit in his Rolls Royce accompanied by his wife Lady Gurney, his private secretary D.J. Staples and his Malay driver. Since this was the time of the Malayan Emergency, he had an escort of a police Land Rover, a radio van and a Ford armoured car with a small hand operated turret and a Bren gun. Unfortunately the radio van broke down on the way and this delayed the armoured car by a few minutes. By the time the armoured car caught up with the Land Rover and Rolls Royce two miles from The Gap they had already been ambushed and Gurney was dead. 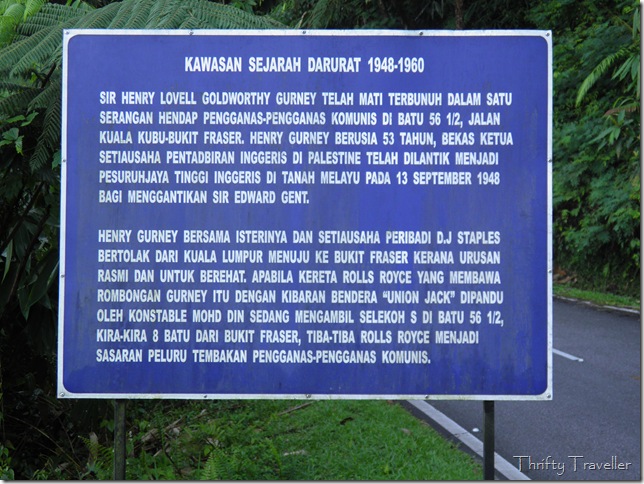 This sign has been erected in the approximate location of the ambush.

The CTs had chosen their spot well and a group of 36 well armed men were lying in wait in prepared positions overlooking the road.  The Land Rover was hit first and then the Rolls. Sir Henry dashed out of the car, seemingly to draw fire away from his wife, and into a shallow ditch where he died. When the armoured car arrived on the scene, the CTs fled the scene after a brief fire fight. Five out of the nine policemen in the escort were wounded, as was the driver. Lady Gurney and Staples escaped unhurt. 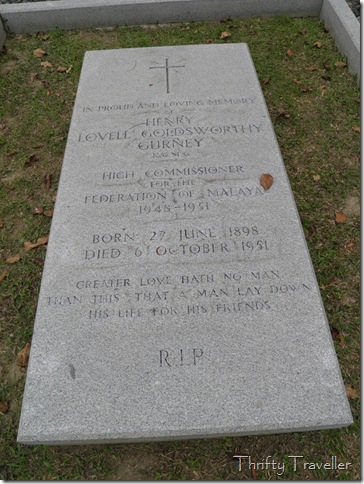 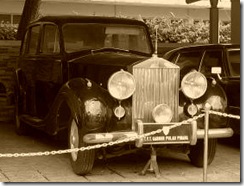 The Rolls, after the bullet holes were patched up, was later used by the Governor of Penang. It is now on display outside the Penang Museum.

The CTs had been waiting for suitable targets in their ambush positions for 24 hours before Sir Henry’s convoy approached. The head of the Communist Party of Malaya, Chin Peng (who died of old age in Bangkok last month), confirmed in his memoires that the attack on Gurney had not been planned. Their aim was to strike a convoy to acquire weapons. They just ‘got lucky’ that Gurney happened to be passing.  With hindsight it was a turning point in the struggle.  British authorities were so shocked by the murder of their top official that they were galvanised into taking more drastic counter measures against the terrorists. 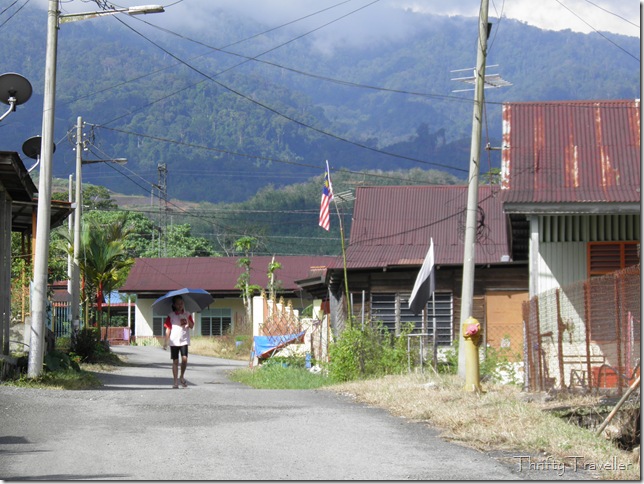 These measures were not long in coming. The following month, November 1951, the entire population of Tras, a small village seven miles from the ambush site, were rounded up onto lorries and sent to a detention camp in Ipoh, 150 miles away. The villagers (all Chinese) were suspected of giving material support to the CTs. Each person was allowed to take one shoulder pole with two baskets of possessions and leave everything else behind. At the detention camp they were interrogated and 37 people were arrested for possible involvement with the CTs. The rest were released in batches over the following months and years but they were forbidden from returning to Tras. Some found temporary homes in nearby villages while others sought help from relatives elsewhere. They were only allowed to return to Tras in 1958, after Independence, by which time Tras was an overgrown ghost town. 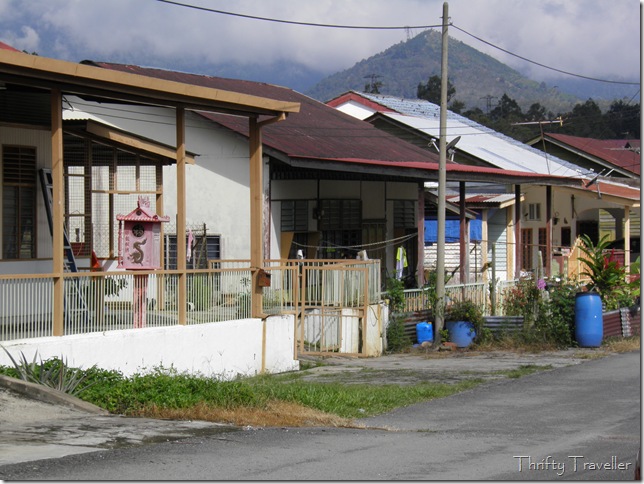 I visited Tras a few months ago. There were no obvious scars from its traumatic past. 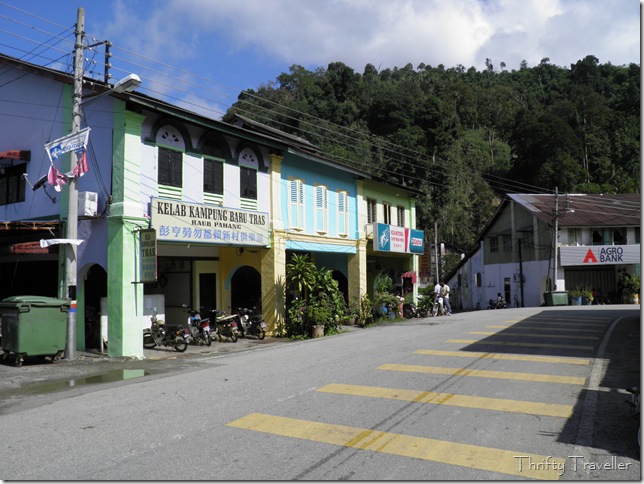 In fact it was quite a cheerful, colourful place. 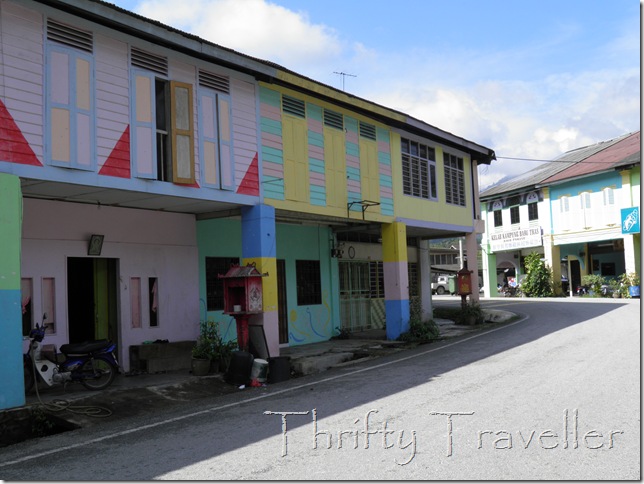 3 thoughts on “Gurney Assassination and the Punishment of Tras”