Kuala Kubu Baru (KKB) is one of the more attractive towns in Selangor state. It has a clean, green and airy feel and is bordered by a range of hills which lead all the way up to Bukit Fraser.

‘Baru’ means new and what we see today was actually a new town when it was built in the late 19th century with further additions in the 1930’s.  The original old town of Kuala Kubu was a tin mining settlement located a couple of kilometres away at Ampang Pecah and was devastated by a flood in 1883 which broke a dam and washed away many homes. Another major flood struck in 1931.

Superstitious locals blamed the flooding on the District Officer, Sir Cecil Ranking for shooting a white crocodile, believed to be a river guardian. Ranking paid for his actions with his life as he was one of the casualties in the flood and it is said only his hand was recovered. He is supposed to be buried somewhere in KKB but I was unable to find his grave.

Near the Traffic Police HQ is a modest concrete clock tower with an inscription dated 1937 commemorating the coronation of King George VI and Queen Elizabeth. 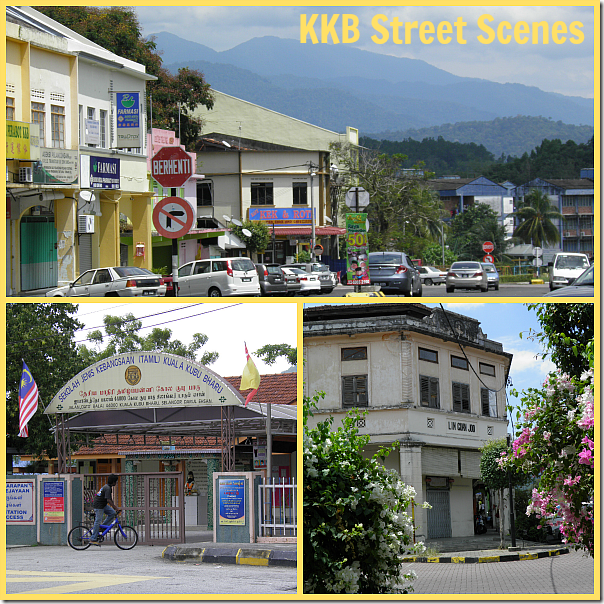 The centre of town comprises a few streets of shophouses, surrounded by a leafy green belt in which colonial-era government buildings, bungalows and a golf course can be found.  Newer developments are mostly confined to the outskirts.

Probably the best known restaurant in town is Sun Sun Nam Cheong (top and left photos), serving Hailam (or Hainanese) cuisine. I had Kuew Tiaw Goreng which may not be the most adventurous dish on the menu but was very satisfying and good value at RM5, together with a cup of milky, sweet tea.

Indian food lovers can opt for the Ferozpur Curry House which I have also tried on another occasion and offers a tasty buffet lunch. 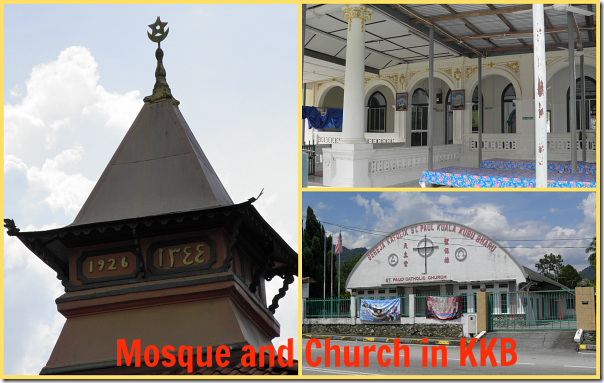 The Al-Hidayah mosque at Ampang Pecah (top and left photos) has an unusual minaret bearing the date 1926 (1344) and it sits alongside a river. Ampang Pecah, which means ‘broken dam’ has now been rebuilt as a residential estate so let’s hope they have taken the necessary precautions to prevent another major flood in this area.

On Jalan Hospital there are a number of semi-derelict bungalows with overgrown gardens. With a bit of care and expenditure they could be restored to lovely homes once again if anyone could be bothered. Even the District Officer’s official residence (bottom photo) is in a forlorn state. Perhaps it is just awaiting refurbishment.

KKB is well worth a visit, perhaps combining it with a trip to the nearby Chilling Waterfall, or a drive to Fraser’s Hill.

One thought on “Kuala Kubu Baru”