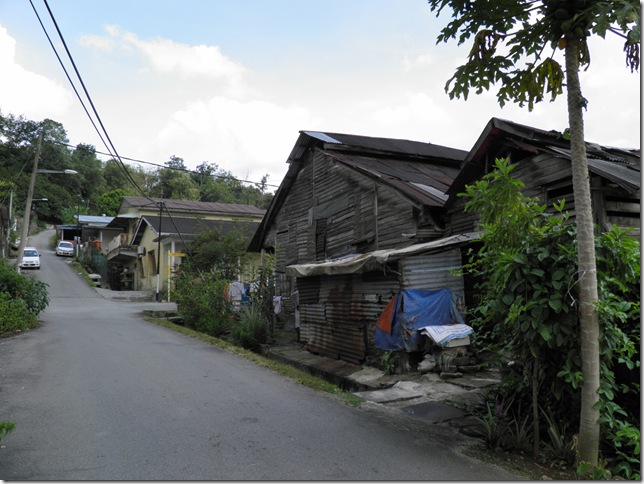 On the edge of the Selangor town of Batang Kali is a small village known as Bukit Chandang (previously called Kampung Baru Batang Kali). It is one of those artificial settlements created during the Malayan Emergency when scattered rural dwellers were rounded up and rehoused in a fenced and guarded village with the aim of preventing them from providing support to the Communist Terrorists. This area was a hotbed of bandit activity at the start of the Emergency and was the scene of the infamous Batang Kali ‘Massacre’ which I wrote about last year.

In 1950 there were over a 1,000 inhabitants here, almost exclusively Hokkien Chinese engaged in rubber tapping, tin mining or agriculture. Since the collapse of the tin industry, the population has dwindled to around 150 families (400 people) as younger folk have drifted away to find brighter opportunities in KL or elsewhere.

Some of the original houses still remain, made of wood with tin roofs. These houses can get pretty hot inside and some people have rigged up makeshift air-conditioning systems using garden sprinklers. 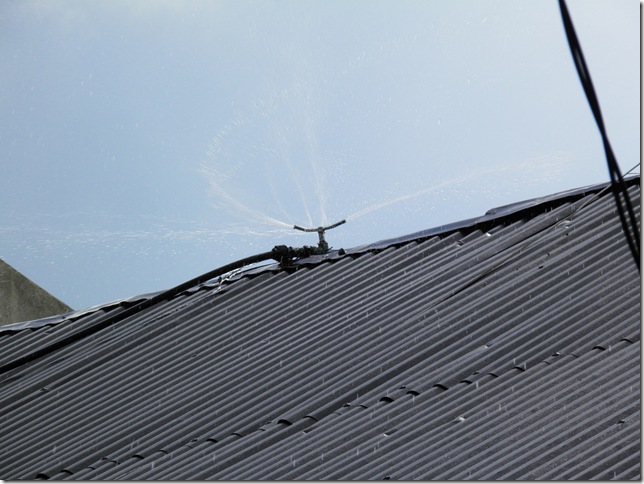 There are two temples at the highest point of the village, with open areas for hosting communal meals and stages for putting on cultural performances. 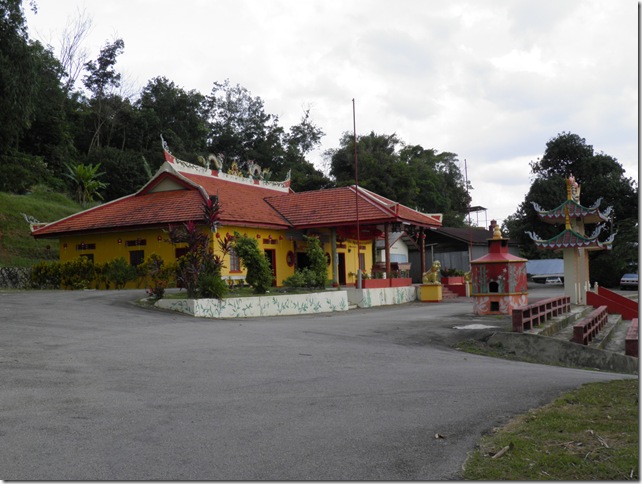 I walked up to the top of the hill where there is a large water tank and some communications masts. 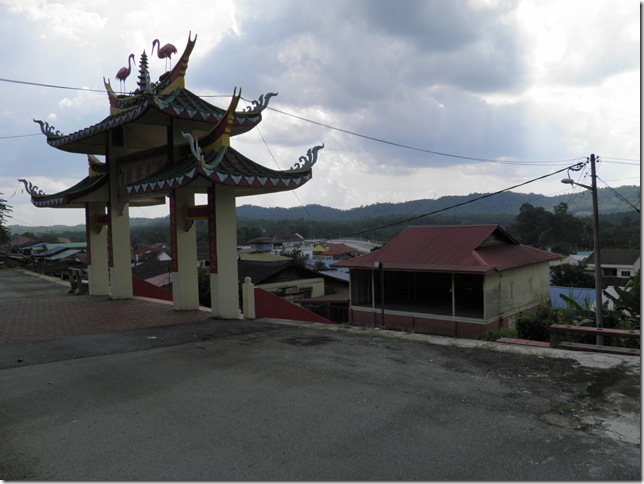 There is not a great deal to say about this village which is probably why it seldom, if ever, gets blogged about.  I got the impression that this village does not see many foreign visitors. 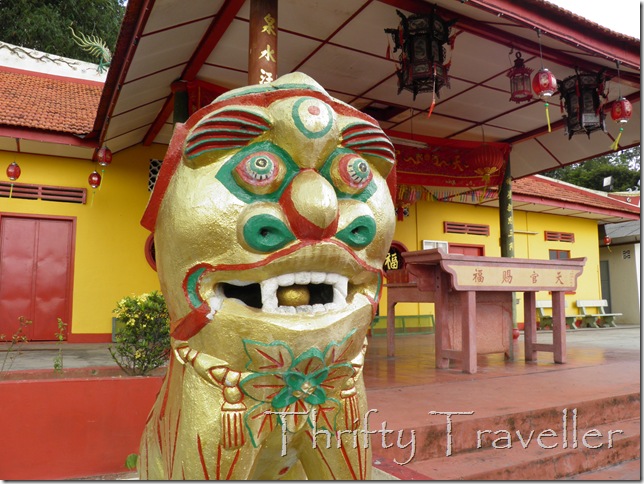