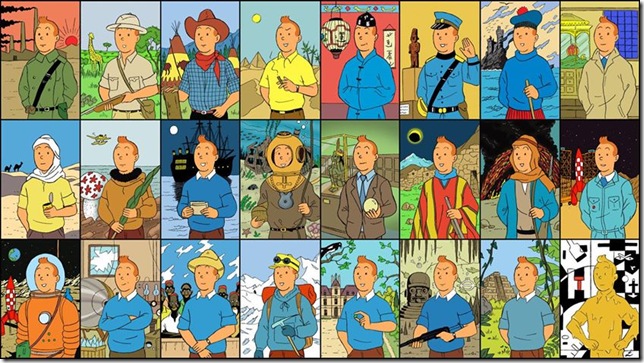 Tintin turned 85 last week. He first made an appearance on January 10, 1929 in a two page black and white cartoon strip of Tintin in the Land of the Soviets in Le Petit Vingtième, a Belgian weekly youth publication. The story, which was serialised until May 8, 1930, chronicled the adventures of a young reporter named Tintin and his pet fox terrier Snowy (Milou) as they journeyed through the Soviet Union.

For an 85 year old he still looks fresh and sprightly (just like my Mum who is a few months older than Tintin). He has retained his appeal over the decades and has recently been introduced to a new generation of fans following release in 2011 of Spielberg’s excellent Tintin movie.

Tintin was very well travelled – much more so than his creator Georges Remi (Hergé) who produced his artwork based on meticulous research rather than from personal experience of the countries featured in the stories. Tintin visited Russia, USA, Egypt, Arabia, India, China, Tibet, Scotland, Balkans, South America and even the Moon.

Countless spoof versions of Tintin covers have since been created by admirers, Tintinologists, humourists or unscrupulous counterfeiters and these have seen him travelling to new countries. Tintin in Tehran is an example (poor Snowy!). 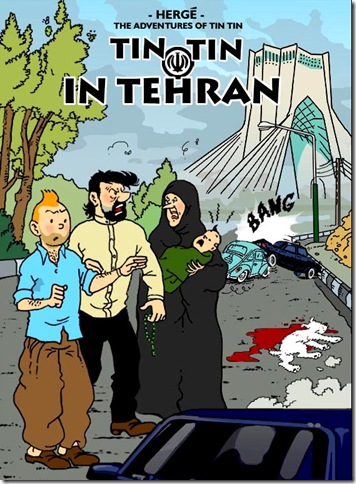 In Vietnam (a former francophone nation) you will find pastiche Tintin images everywhere from printed T-shirts, embroidered pictures and even on lacquer wall hangings. Cambodia, Laos, Thailand are other places where you are likely to come across fake Tintin souvenirs.  Here is a sample of spoof covers: 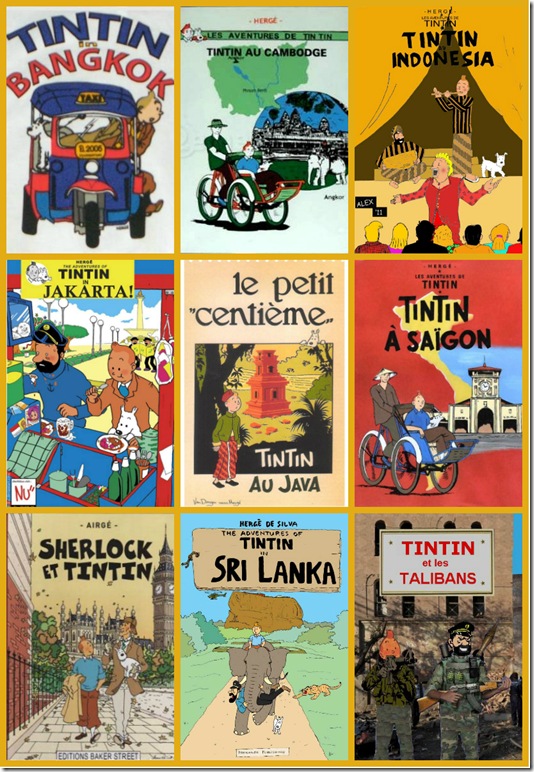 These images were copied from SwapMeetDave who has compiled a massive collection of 1,000+ such covers.

I would not recommend using such artworks for commercial purposes since Tintin’s copyright owners do not take kindly to people infringing their intellectual property.