While back in UK recently I was struck by how calmly the English public are reacting to Scotland’s forthcoming referendum on independence, now only weeks away.

The UK is facing the biggest threat to its existence since Adolf Hitler and yet the British Government is just sitting back and letting events take their course. What would Winston Churchill have done in these circumstances one wonders? Arrested Alex Salmond and his SNP cronies and put them on trial for treason perhaps? If David Cameron’s cabinet even fleetingly considered this drastic option they would have wisely concluded that nothing is more likely to get the Scots’ backs up than a perceived attack by the English. So the Scots are getting their bothersome referendum without excessive interference from Whitehall.

Does it matter that much even if the result is a Yes vote for independence? After all Scotland is not going anywhere – it’ll still be there, stuck on the end of England. We’d be like a divorced couple sharing this semi-detached island. The Scots would be staring over the fence at England (and Wales) wondering jealously how they can afford all those shiny new cars on the drive while the English would envy the Scots for their spacious garden with the loch water-features. 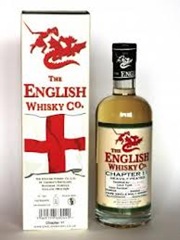 If the Scots do vote for independence, expect a backlash from the English. Why would the English continue to drink ‘foreign’ Scotch whisky for example when there are perfectly good English whisky manufacturers. As for shortbread biscuits, England will opt for south-of-the-border alternatives or make do with digestives. Apart from whisky and biscuits, there are few other exports from Scotland that English consumers are interested in.

And with all the controversy about EU migrants taking jobs from locals, how will the English feel about Scots coming over and taking all those plum City of London jobs, once Scotland is a foreign country? It will all be very interesting to see what happens.

But the annoying thing about this referendum is that even if the result is a resounding ‘No’, the issue will not go away for ever and Salmond and Co. will likely push for repeat votes every so often until they get their way. It would probably be best for everybody if, after the referendum (assuming the outcome is ‘No’), Salmond were to be quietly picked up and exiled to New Caledonia in the Pacific. Perhaps he’ll have more luck in leading that nation to independence (from France).