A couple of months ago I visited Niah Caves near Miri in Sarawak. You can read about my trip on my Malaysia Traveller website. 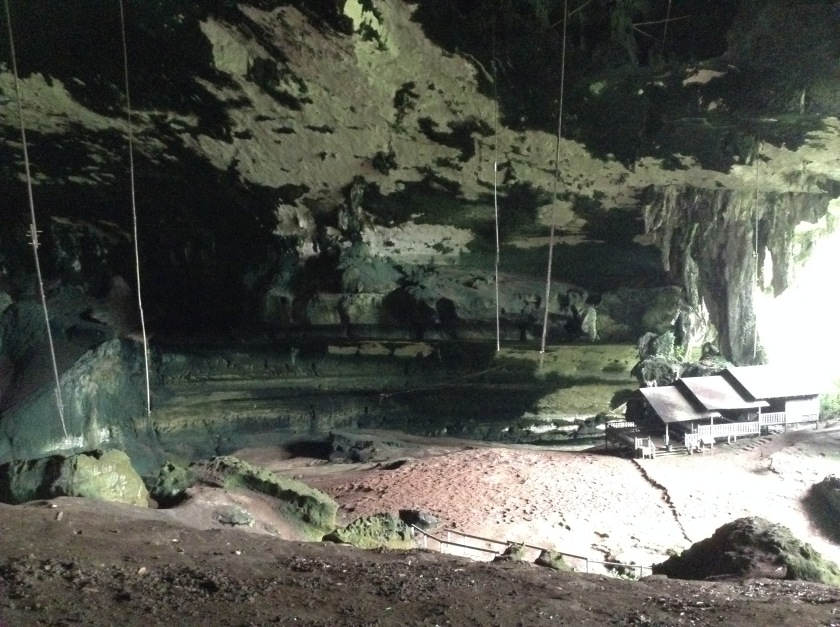 This cave complex is one of Malaysia’s most impressive natural wonders and it was nominated for UNESCO World Heritage status in 2010, though it has not yet achieved that honour.

The caves and some 3100 hectares of the surrounding rainforest and limestone hills were gazetted as Niah National Park in 1974, meaning they should be preserved in pristine condition in perpetuity.

The national park is managed by Sarawak Forestry Corporation which describes Niah as follows:

Yet there is much more to Niah than archaeology. A vast cave swarming with bats and swiftlets; the thriving local economy based on birds-nests and guano; ancient cave paintings; a majestic rainforest criss-crossed with walking trails; abundant plant and animal life – all these and more make up the geological, historical and environmental kaleidoscope that is Niah.

Given the importance of the site for tourism you would think that everything possible would be done to protect this valuable, fragile and irreplaceable asset. However, on my recent visit, it was disappointing, but sadly not surprising, to see that the area is under threat from quarrying.

This Google Maps image shows extensive quarrying is already encroaching on the edges of the National Park and some of the limestone cliffs have been broken up and trucked away.

Is this area inside or outside the National Park borders? This map shows the approximate borders of the park: 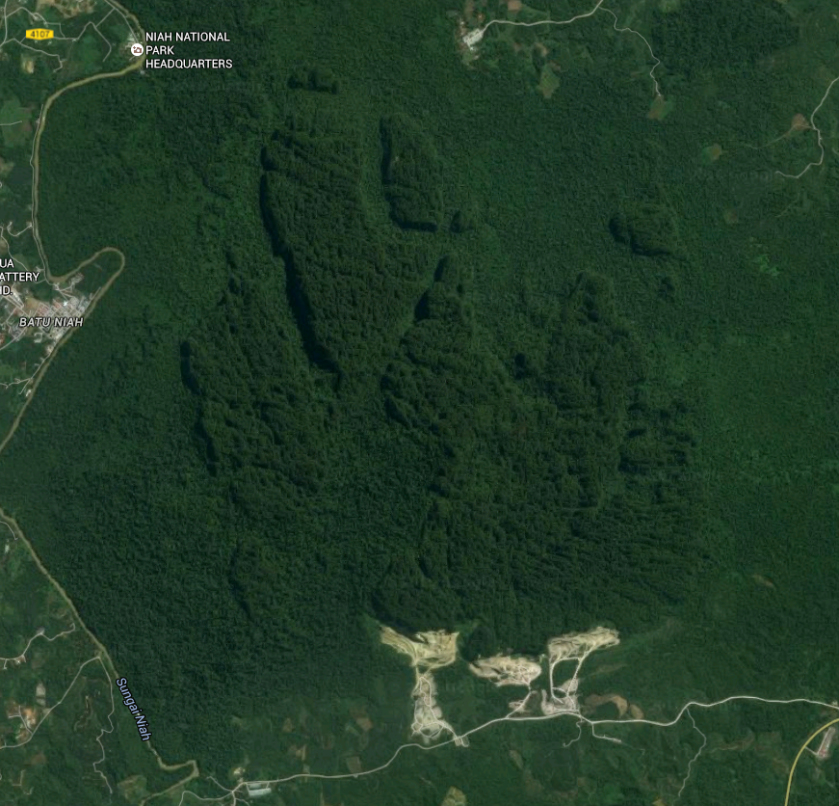 This street level image shows the dirt road turn-off leading towards the quarry, busy with lorries.

Niah is not the only national park in Malaysia under threat. Illegal logging is reported in and around forest reserve areas across the country. Sarawak Forestry and the Department of Wildlife and National Parks should introduce buffer zones surrounding national parks within which certain activities, such as logging and quarrying, are prohibited. Access to these areas by trucks and diggers should be controlled. Strict enforcement and heavy penalties are needed otherwise Malaysia’s natural wonders will not be around for much longer.