When we hear the words ‘Route 66’ we naturally think of the famous highway in USA, the one where you ‘get your kicks’ according to the 1946 song. That road originally ran for 2500 miles heading west from Chicago through the heart of America all the way to Santa Monica, California.

It is less well known that Malaysia has its own Route 66, in Kelantan, a much more modest affair only 96 km long, running from Jeli to Dabong and on to Kampung Bukit Tebok where it merges with the Central Spine Road.

Malaysia’s Route 66 might be less famous that its American namesake but it does boast some fine scenery and a couple of natural attractions along the way.

Here is the map (click top right corner to enlarge): 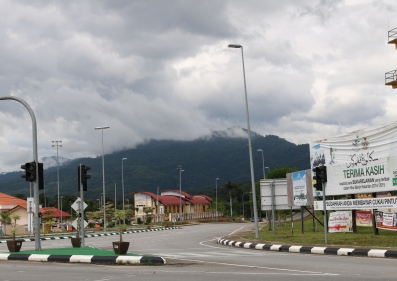 The route begins at the small town of Jeli, not far from the Thai border. 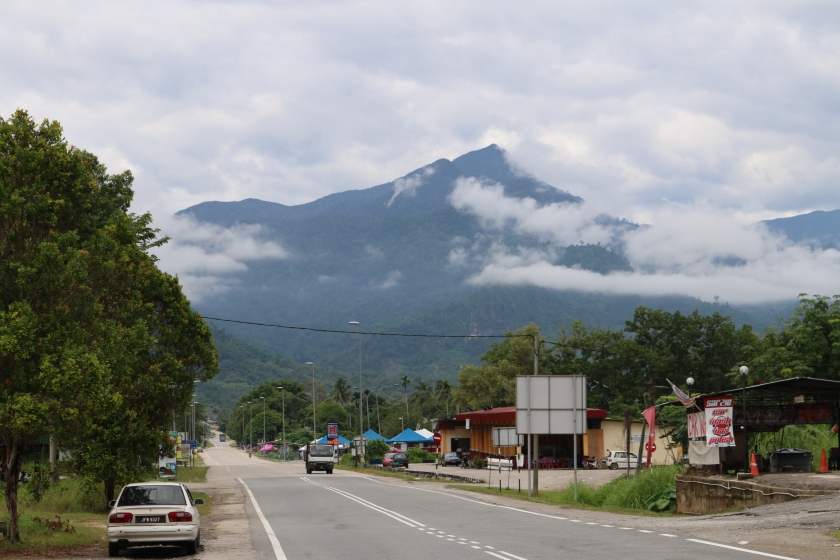 The State Park comprises 21,950 hectares of virgin jungle reserve and is intended to serve as a conservation area for rare creatures such as wild elephant, tiger, hornbills, serow and tapir.

Despite the State Park’s protected status, I noticed some logging activity going on in various places. 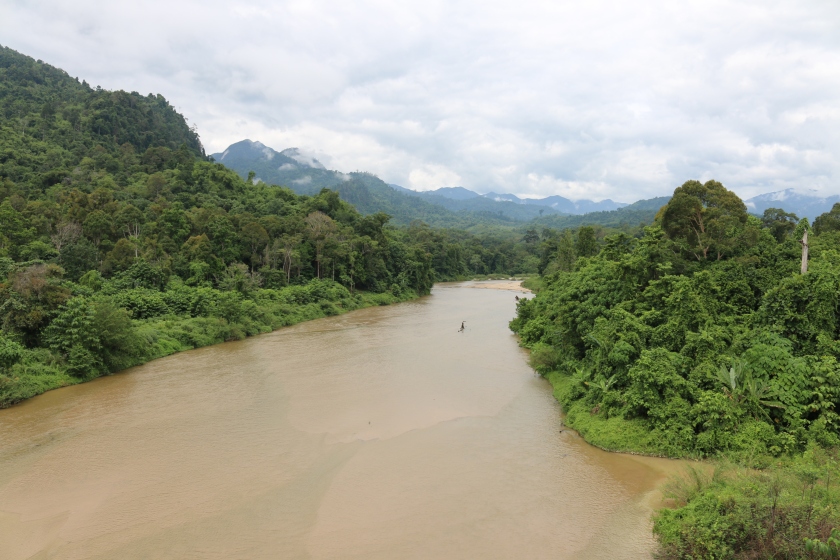 This is the Sungai Balah, a tributary of the Sungai Galas and Kelantan River which eventually flows into the sea near Kota Bharu. 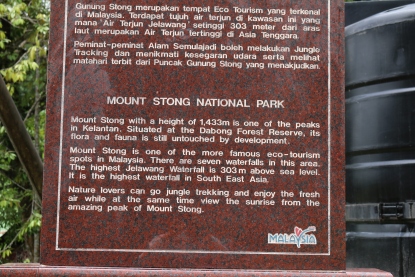 The Jelawang Waterfall (or Stong Waterfall) is estimated to be 300 m high, one of Malaysia’s tallest, and easily visible from the main road at Dabong. 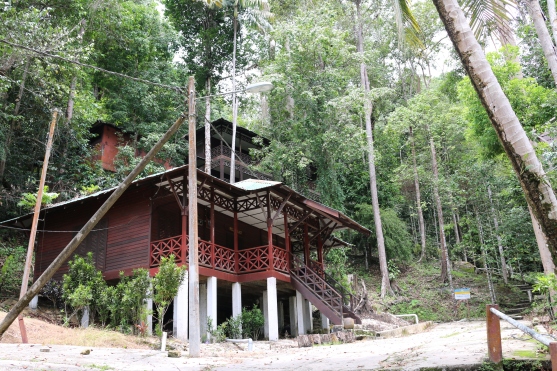 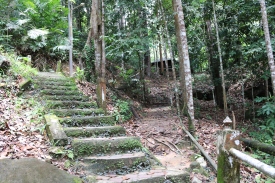 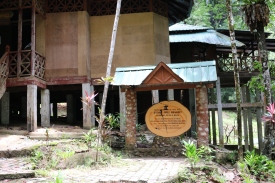 It is a short drive to the Gunung Stong State Park HQ where there is a ticket office, guides for hire, a cafeteria, toilets and accommodation. The resort, known as Stong Hill Resort, has seen better days but appears to offer basic accommodation for adventurous types.

Termites seem to have eaten this chalet and all that remains are the concrete stilts and a toilet.

I paid RM 2 to enter the park as far as the waterfall. If you want to climb Gunung Stong you need to pay more and hire a guide. 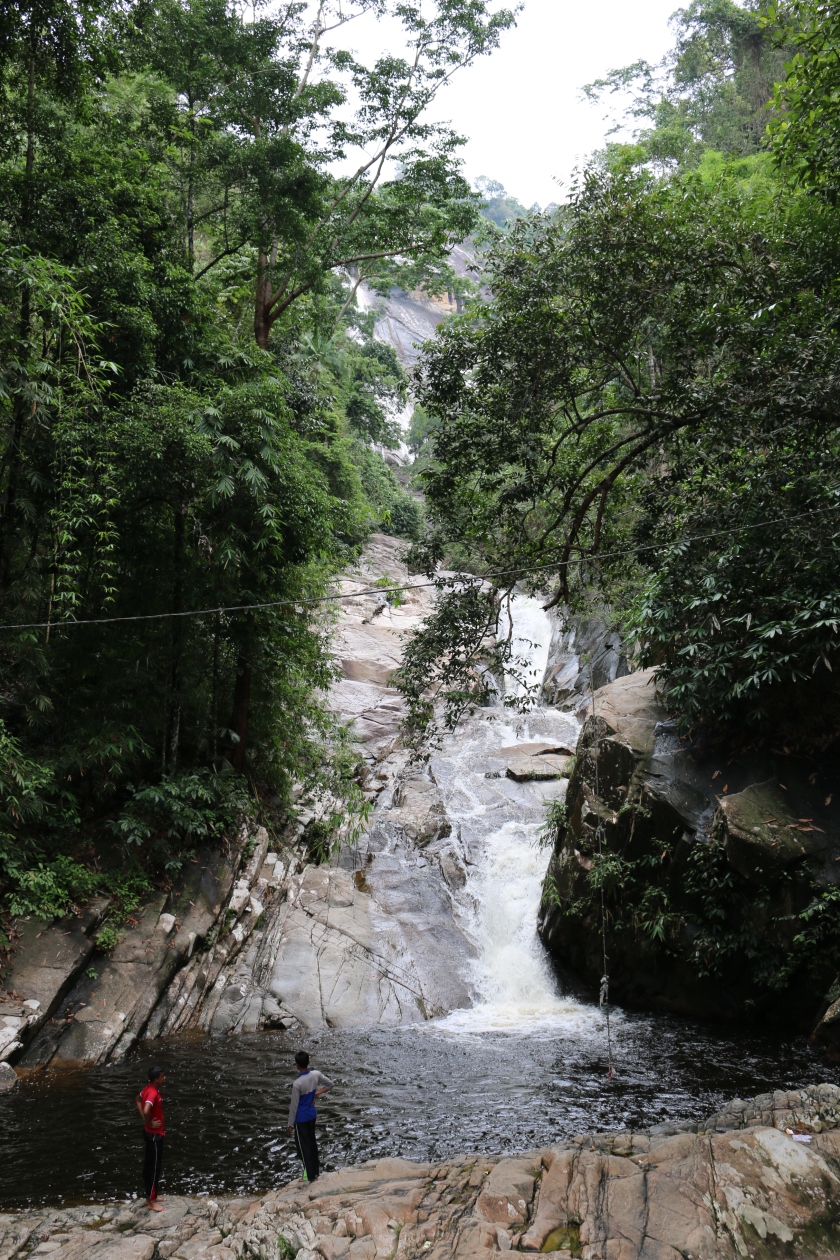 The waterfall is certainly spectacular although difficult to photograph in its entirety from this vantage point. 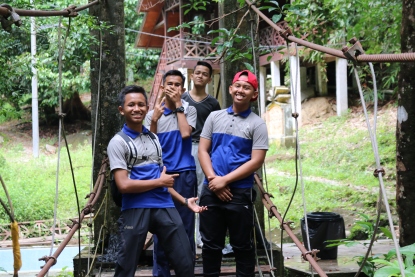 A party of local school boys had fun making the rickety suspension bridge wobble while I was walking across it.

Next I stopped briefly in the quiet town of Dabong. Looking back from Dabong you can see the waterfall with Gunung Stong above. 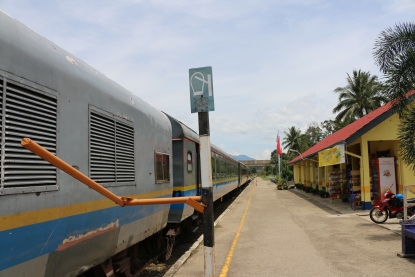 There is a railway station (Jungle Railway) at Dabong and most tourists wishing to visit Stong arrive by train. 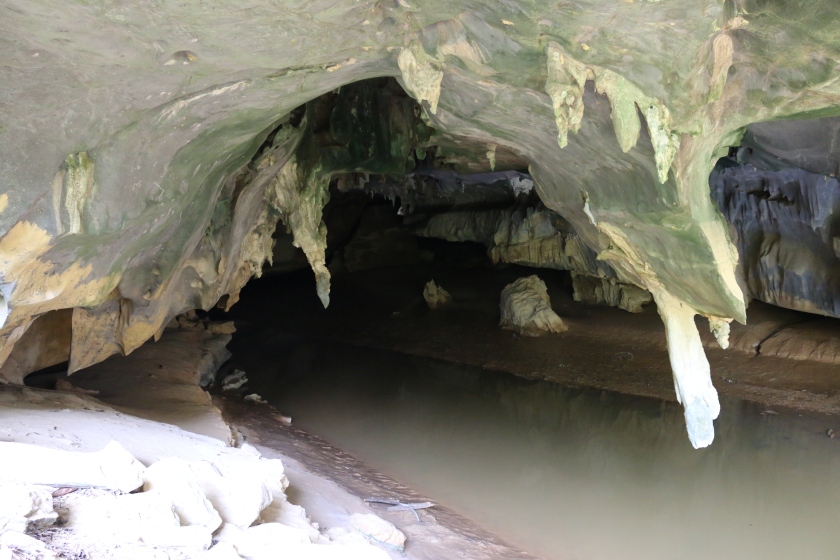 I couldn’t find a way into the caves which did not involve getting very wet. The recreational park itself was badly overgrown. If I ever go back to this area I would hire a guide to take me up Gunung Stong and show me around the caves.

Malaysia’s Route 66 is a scenic drive. Let’s hope the logging companies do not spoil the scenery. It seems the forests are losing their battle with loggers but sometimes the trees find a way of striking back!