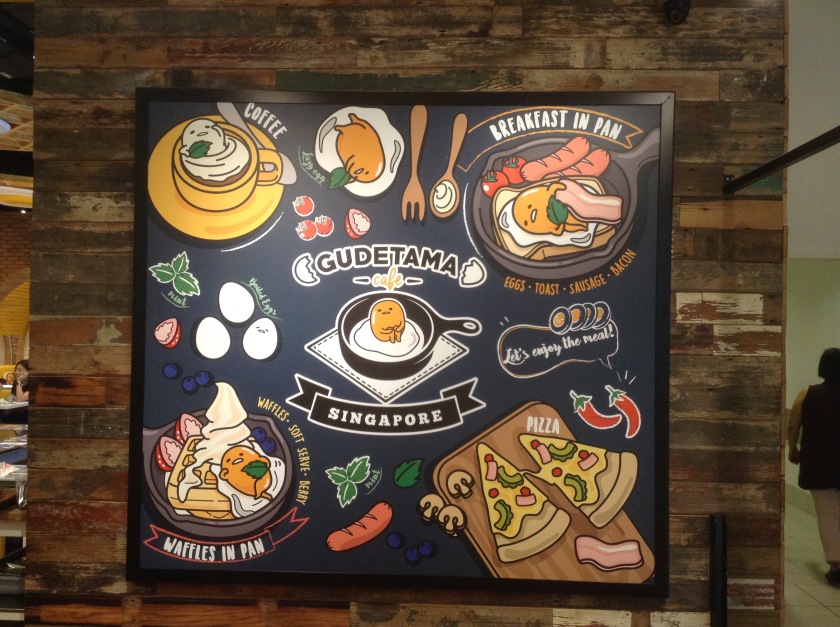 While in Singapore last weekend my daughter wanted to eat at Gudetama Café, a restaurant themed around Gudetama, a quirky egg character created by Japanese company Sanrio, who also own Hello Kitty and many other kawaii characters.

Gudetama can be translated as ‘lazy egg’ and he doesn’t seem to do much apart from lie around looking apathetic and depressed.

Eggs are so lazy. Look closely and you will see the eggs that you eat lack spunk.

I really don’t feel like tweeting everyday. It’s such a bother. I’ll do it because the higher-ups tell me to, but I know I’m only going to be eaten in the end. 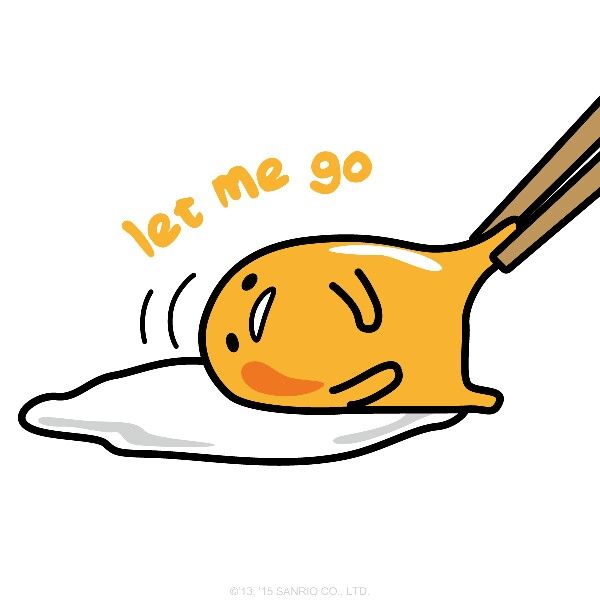 His ‘couldn’t be bothered because everything is too hard’ attitude seems to strike a chord with his legions of young fans who like to sleep in late and delay their school homework to the last minute. 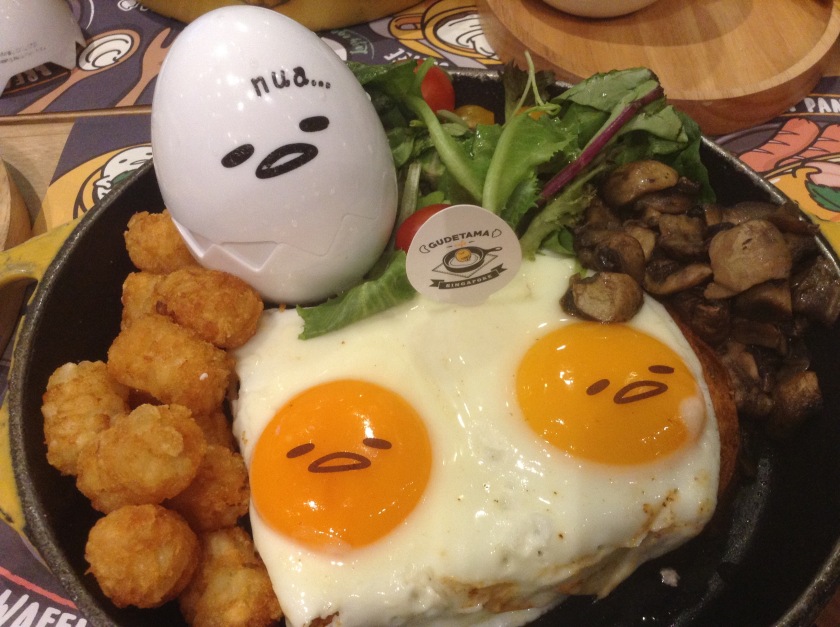 The cafe serves a lot of egg dishes, as you would imagine. I went for the breakfast in pan (meatless version) which was good but nothing eggseptional.

Is this eggsentric character a passing fad?  Probably, but many of Sanrio’s other characters have staying power and have been around for decades so who knows?