Port Dickson is generally regarded as the closest beach to Kuala Lumpur but there is a closer one and that is Morib Beach. It is a quiet place with little in the way of development although a beach resort hotel is nearing completion and they have recently set up an outdoor food court facility. There is also a golf course.

On our visit the tide was in. The sea was a grubby grey colour and not particularly inviting although a few brave people had ventured in. The sand was a bit slimy and when I tried walking on it I sank in up to my knees. Still, the crabs liked it.

This beach was one of the sites chosen by the allies to land an invasion force at the end of WWII as part of Operation Zipper. The objective was to retake Malaya from the Japanese.  Japan surrendered days before the invasion force arrived but the landing went ahead anyway. It was just as well that the landing was unopposed because Morib beach was totally unsuitable for unloading vehicles, many of which became bogged down in the soft sand. Around 300 vehicles were lost. That could explain why a man was scanning the beach with a metal detector during our visit. Perhaps hoping that a box of coins was lost in the sand! 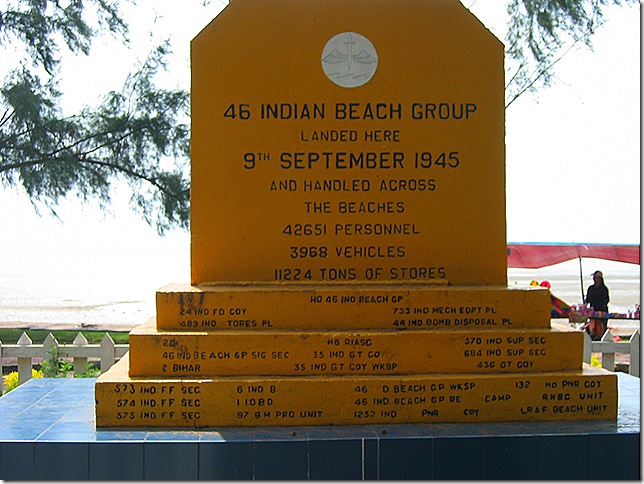 Things are a lot more peaceful here these days. Even the monkeys looked relaxed.