While researching my last post about the Sungai Buloh Leprosy Settlement I remembered seeing this banknote at the Numismatic Museum:

Dated 1936, around the time the Leprosy Settlement was completed, the banknote was for use within the settlement only. This currency was presumably introduced due to concerns from the general public about catching leprosy from banknotes previously used by lepers.

This reminded me of events during my time in Yemen in the mid 1980s. I was working with a well known international bank in the northern Yemeni city of Taiz.

A short distance outside Taiz was a ‘leper colony’ known as the City of Light. It was run by nuns from the Missionaries of Charity, an organization founded by Mother Teresa.

Some expatriate women in the capital, Sanaa had collected various items to be donated to the City of Light and sent them down to Taiz asking whether the bank could deliver them.

I was assigned the job of dropping off these donated goods.  I was met by a nice looking Indian nun in her early twenties. She showed me around the settlement which comprised a surgery, hospital wards, accommodation blocks and so on.

It was fairly basic but clean and well looked after. I was so impressed by the dedication of the nuns. She told me that her assignment in Yemen was to be for 10 years without leave, following which she would be entitled to a holiday back in India.

Was she not scared of contracting the disease, I asked?  She said leprosy is caused by bacteria and spreads like the common cold but it is much less infectious and one would need to live in an infected area for years to run the risk of catching it. Yes, she would be living among them for 10 years but God would protect her. I hope He did.

I never complained again about my working conditions in Yemen after meeting her.

A few weeks later she came to the bank with a colleague and one her patients, a leper, who wanted to open a bank account. This man took a grimy bundle of banknotes from his pocket and deposited them on the counter. The chief cashier at the bank eyed them suspiciously as if expecting to find some body parts stuck to them. He was most reluctant to count the money but eventually agreed when the nun explained that there was no risk of catching leprosy from them. I told the chief cashier to set the notes aside and give them to that obnoxious Egyptian teacher when he next comes in to withdraw cash. (Only joking! – don’t want to have to appear before a Senate Committee to explain my actions.) The nun also was carrying a letter from Mother Teresa who had been informed of the visit from the bank. The letter requested (actually, more like instructed) the bank to make a donation towards the running costs of the City of Light. Mother Teresa was known for her no-nonsense approach to fund raising, a skill which enabled her to help many more unfortunate souls than would otherwise have been possible.

Faced with this direct approach from a world-respected celebrity saint-to-be, my manager caved in and agreed to make a reasonable, if not over-generous, donation from bank coffers.

What a shame I never kept the letter. It’s probably lying in a forgotten archive somewhere, or in a Yemeni landfill.

According to reports, Mother Teresa, who passed away in 1997, achieved beatification in 2003 and needs evidence of having performed a miracle before she can proceed to canonization (sainthood). Perhaps getting a donation from the bank could be considered a miracle?

P.S. According to a somewhat bizarre news report, scientists have established that leprosy has been spread in the southern United States by people eating undercooked meat from the nine banded armadillo. Serves them right for eating such a cute creature! 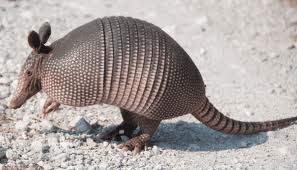