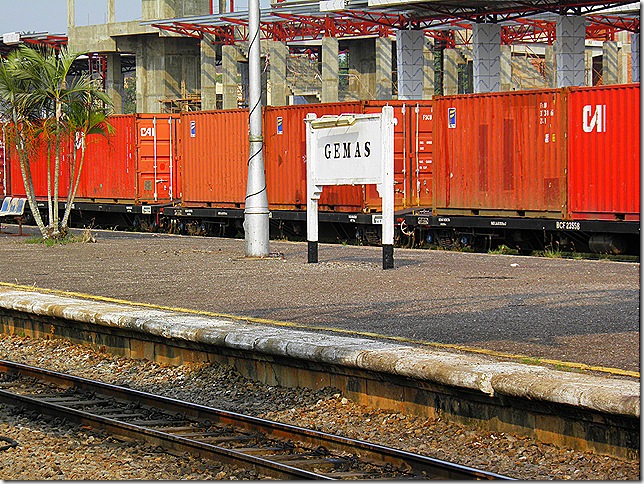 The small town of Gemas in Negeri Sembilan state is known mainly for being the junction of Malaysia’s west and east coast railway lines. Most train travellers from Singapore or Johore take the west coast line to Kuala Lumpur, Penang or even up to Bangkok. The lesser travelled, but more scenic, east coast line is known as The Jungle Railway and cuts across the peninsula, skirting the Taman Negara national park and terminating near Kota Bharu in Kelantan. From there it is possible to take a bus or taxi, cross the Thai border and from Sungai Kolak continue the journey northwards on Thai railways.

I wanted to experience the Jungle Railway (which I might blog about later) and this necessitated  a short stop-over in Gemas. 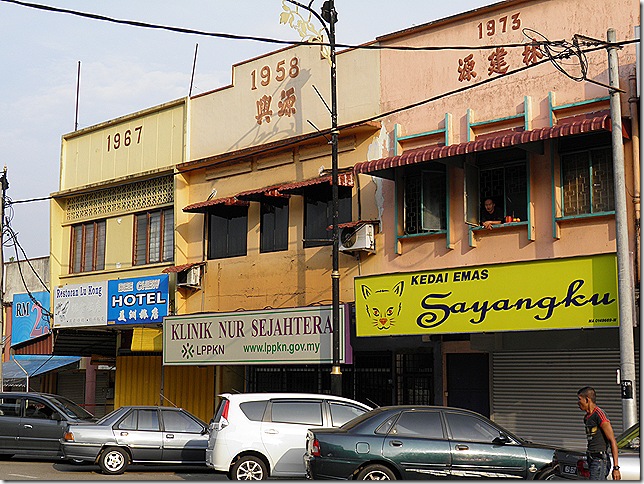 There is not a lot there (at least not in the old town around the railway station – there is a newer suburb some distance away).

A few streets of shophouses, two or three humble hotels, a couple of modest restaurants. 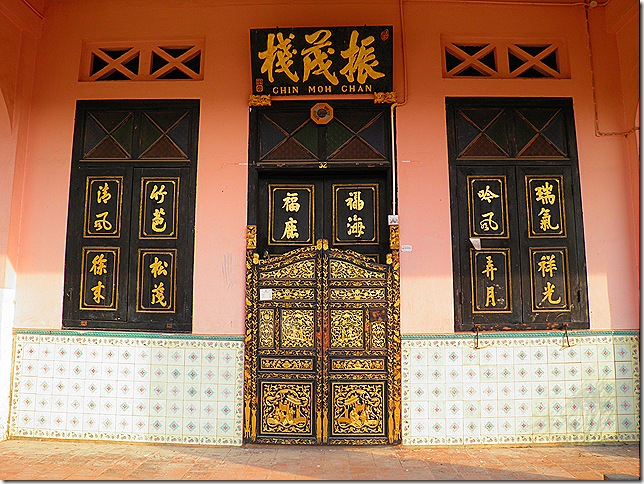 This house has a very elaborate door. It’s a wonder it doesn’t get stolen. 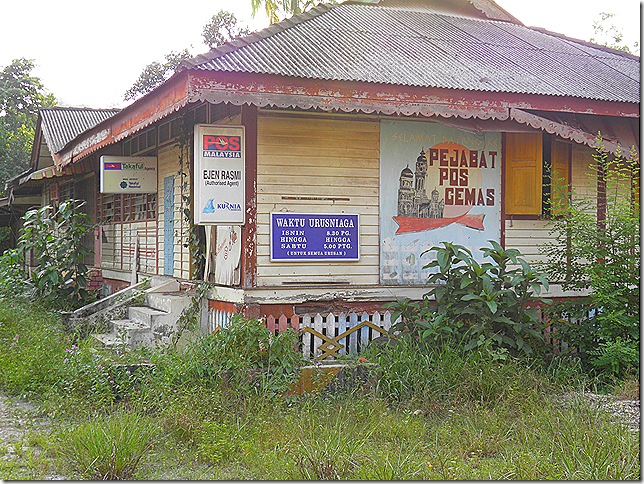 The post office is looking a bit dilapidated. Presumably there is a new one somewhere.

While I was walking around taking photos a man in a jeep invited me to take a look at what he was carrying in the back of his vehicle. I was surprised to see a couple of very dead wild boars which he unloaded onto the pavement outside his house. His name is David and he told me he is a professional hunter and that the hills around Gemas have plenty of wild boars. This modern-day Malaysian version of Asterix then proceeded to bring out a chopping board and axe to prepare his kill for the table. 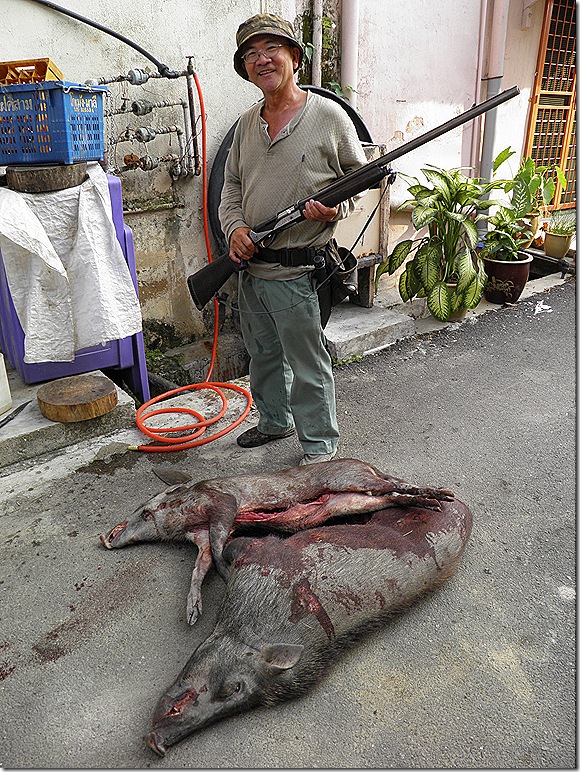 When my appetite had recovered I took dinner in one of the few eateries that were open. 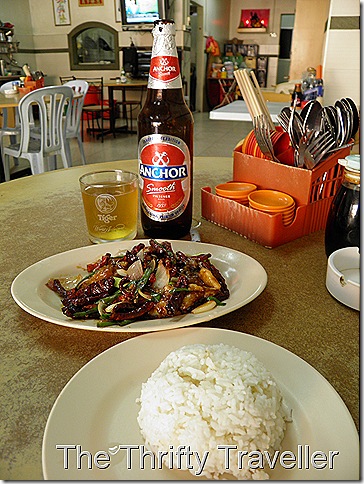 To be honest I have had better. Perhaps it was the cook’s night off! The beer was good though.

I doubt if I will need to visit Gemas again. I could just have easily caught the train a few stops further north (and more convenient for me) without missing out on the best scenery.