There is a rather grim zoo at Bukittinggi, located next to Fort De Kock. 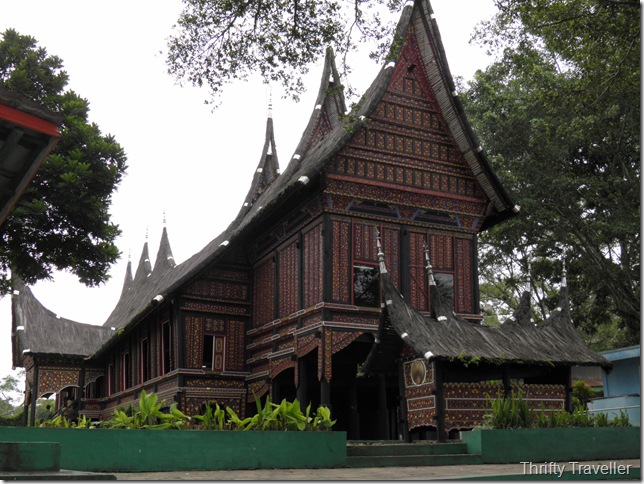 Its centrepiece is a fine example of West Sumatran architecture which houses displays of local customs.

Accommodation for the animals is less salubrious. 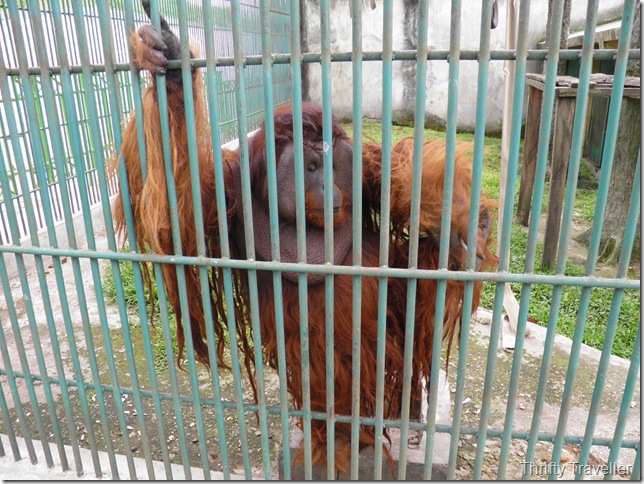 The cage for the pair of orangutans is very prison cell-like and these intelligent creatures must get very bored and frustrated with the moronic behaviour of most of the human visitors. 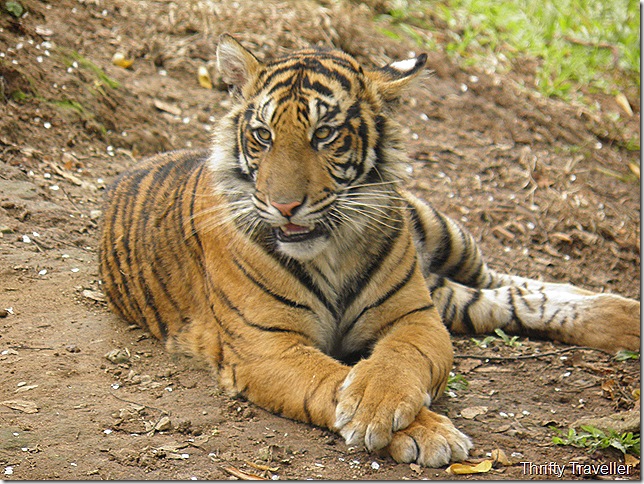 The zoo’s collection of Sumatran tigers at least have a patch of greenery but with an island as large as Sumatra (the size of California) you would think they could be a bit more generous with the tigers’ space.

The zoo’s other inmates include a couple of deer species, a camel, a pair of elephants and some crocodiles.

I saw some ducks wandering around inside the crocodile enclosure and was concerned that they might get eaten by the crocs. Then I realised that that was the point. Every crocodile pen had one or more live ducks placed inside, with clipped wings, as food and entertainment for the reptiles. The crocs did not take long to catch their lunch. 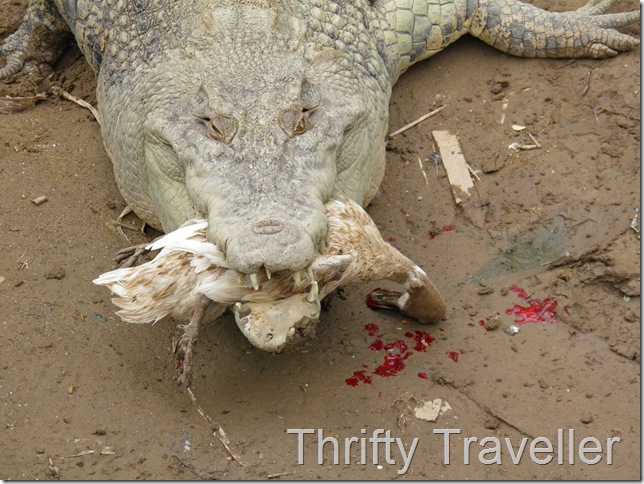 I wondered how they feed the tigers. With a live goat perhaps? I didn’t hang around to find out.