While flying back from the Azores to Malaysia last month I stopped over in Lisbon for 36 hours.  My previous visit to Lisbon was over 25 years ago and I had forgotten how beautiful the city was, especially on a gorgeous sunny November day.

With a full day to spare, I decided to avoid the top tourist attractions such as Jerónimos Monastery, Belém Tower and São Jorge Castle as I saw all those last time. Instead I took a long walk around the old part of the city in a roughly circular direction from my hotel.

Here are a few of the sites covered on my 8 hour walk.

The Palácio das Necessidades  was originally a convent, then a royal palace until the monarchy was overthrown in 1910. It now serves as the Ministry of Foreign Affairs.

Estrela Basilica, or the Basilica of the Sacred Heart of Jesus was built from 1779 to 1790. For a fee, I was allowed to climb one of the bell towers and up onto the roof to enjoy the view. I rested my elbows on the parapet to steady my camera not noticing the electrified wires running around the edge of the roof to stop people from jumping off. I received a nasty little shock but luckily my camera survived the jolt.

Lisbon still has a number of tramlines with old-style carriages. They add a lot of character to the place and are used by both tourists and locals.

This historic building, known as São Bento Palace, houses the Portuguese parliament. Quite a big building for just 230 seats.

Pastéis de bacalhau are a type of fishcake made with salted cod, potato and onion. Delicious and only €2.50 including a cup of expresso.

Portugal has been going through an economic crisis and austerity programme for the past few years. They seem to be well on the road to recovery but a sign at the Botanical Garden apologised for the unkempt condition of the garden due to budget constraints.

Perhaps those budgetary constraints also mean there is no money available to clean up graffiti. Those graffiti vandals should be made to go to art school to improve the quality of their work.

Lisbon is a hilly city  so there were plenty of steps to climb on my eight hour walk.

Feeling a bit tired, I had to rest for a while in this church near the highest point in the city. 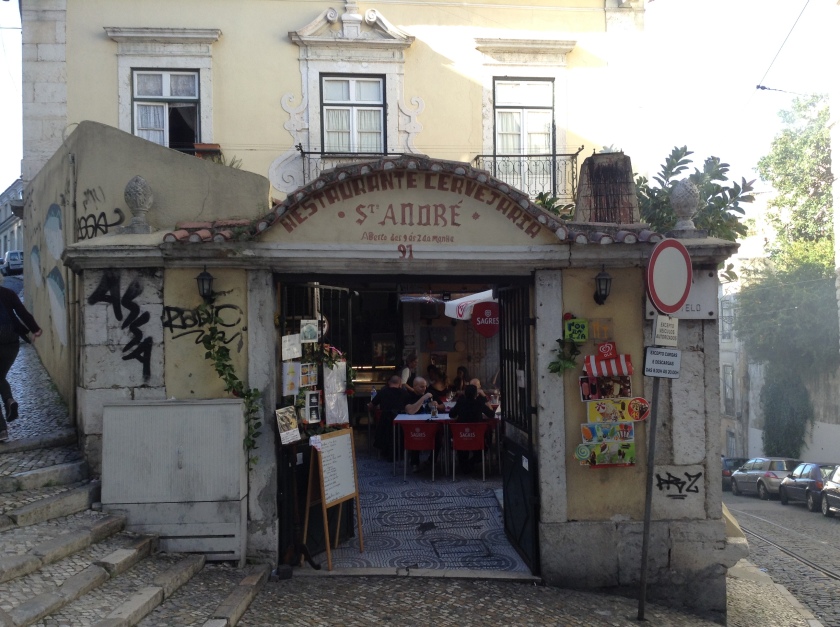 This restaurant near the castle was giving off the most delicious aroma of grilled sardines. 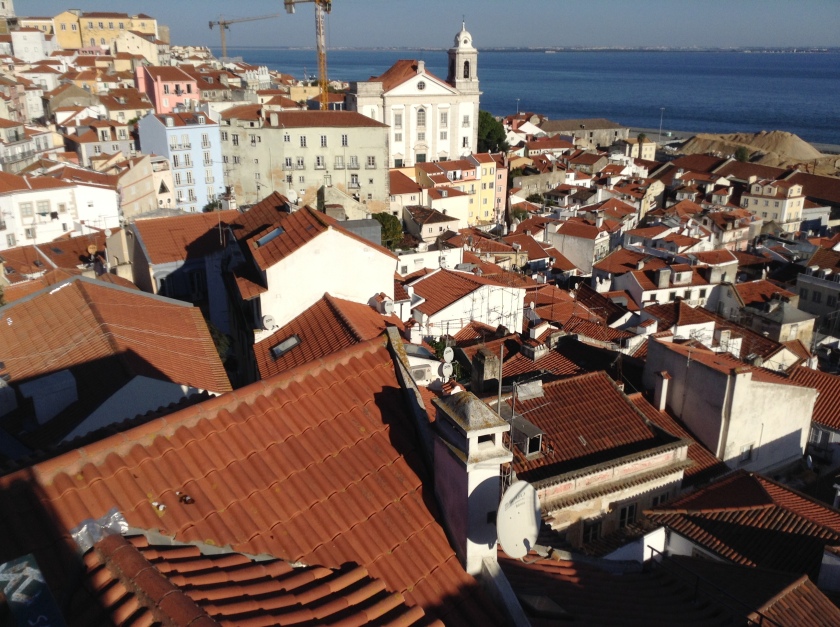 Lisbon has done a good job in preserving the appearance and character of its historic centre.

Lisbon is a lovely city. I don’t think I’ll wait another 25 years before returning.