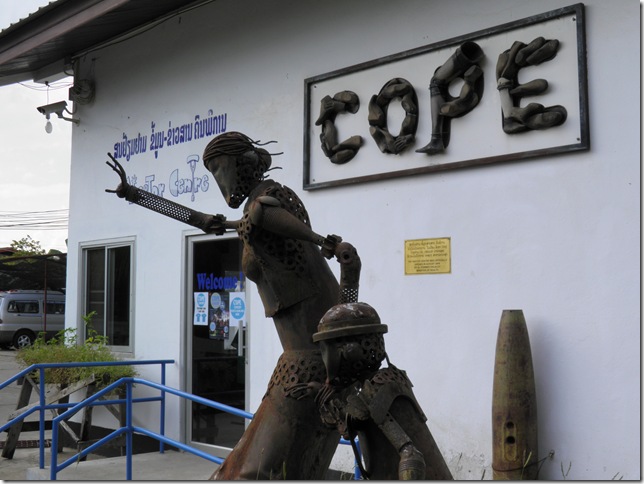 One of the more unusual tourist attractions in Vientiane is the visitor centre run by COPE, the Cooperative Orthotic & Prosthetic Enterprise.

This mini-museum highlights the continuing after-effects of unexploded ordinance (UXO) resulting from America’s ‘secret’ war on Laos during the period 1964-1973. These were the Vietnam War years and the US was trying to prevent North Vietnamese infiltration into South Vietnam by disrupting the Ho Chi Minh supply corridor (which partly ran through Lao territory) by means of a massive covert bombing campaign led by the CIA. 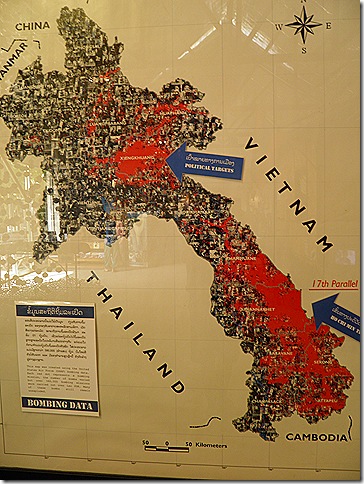 Here are some of the facts, according to COPE: 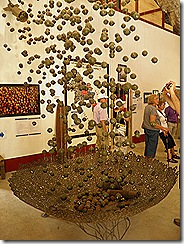 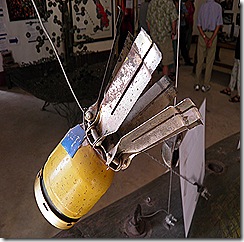 COPE campaigns to ban cluster bombs but the centre is also a poignant reminder of the immorality and futility of all wars.

With America desperately trying to avoid its looming ‘fiscal cliff’, President Obama wants to raise US$1.6trillion in new taxes over the next 10 years. The US spends nearly that amount on its military every year. Shaving just 10% off its defence budget would solve the fiscal cliff in one go without having to raise a penny in new taxes. If only the President read my blog!