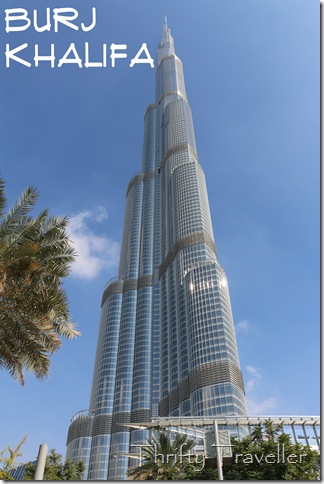 Few people could fail to be impressed by Burj Khalifa, the world’s tallest building. Naturally its height is enormous – at 828m, it dwarfs the second tallest building in the world, Taipei 101 (509m).

Its design is clean and elegant and it is very photogenic, provided you can manage to squeeze it all into your camera’s viewfinder.

I have a theory that when any city announces it is starting to build the world’s tallest building, that is usually a signal to get out of the property market because a crash is coming. It certainly was the case in Dubai. There is some logic behind this assertion. Such towers are so phenomenally expensive to build that the only way their construction costs can be financially justified is to assume that completed units can be sold for staggering amounts and that is a sign of an over-heated property market. When property prices in Dubai took a tumble, this project, and many others, started to look in peril.

Of course there was no way Dubai would allow this flagship venture to fail and fortunately for Dubai, its oil-rich big brother down the road, Abu Dhabi, has some of the world’s deepest pockets and was willing to give whatever support was necessary. In recognition of Abu Dhabi’s help, the tower was renamed Burj Khalifa (in honour of Sheikh Khalifa bin Zayed, Abu Dhabi’s Ruler and President of the UAE) – originally it was to have been called Burj Dubai. 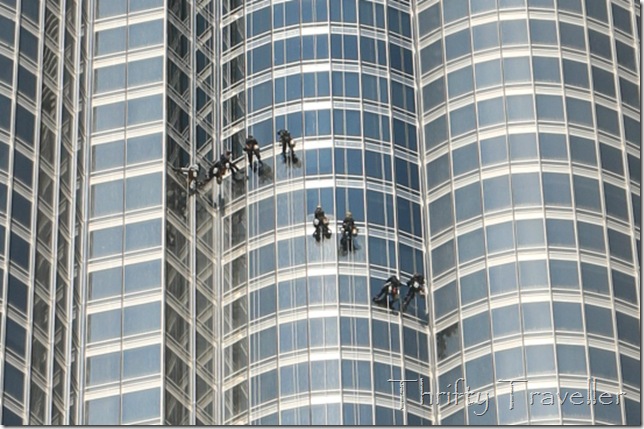 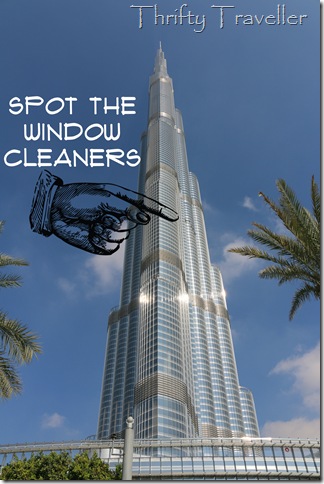 The Burj has 1,292,500 square feet of glass and employs a team of 36 intrepid window cleaners who brave high winds, blinding glare, dust storms and searing heat to keep the tower spanking clean. I hope they get well paid! It’s a long way down to retrieve their squeegees if they drop them.

Visitors can buy tickets to the observatory called At the Top on the 124th floor. The cost is Dh125 per adult and Dh95 for kids. It was all sold out on the day of my visit so best to book online in advance to avoid disappointment.  Immediate Entry tickets for Dh400 are possible subject to availability which avoid the queues. 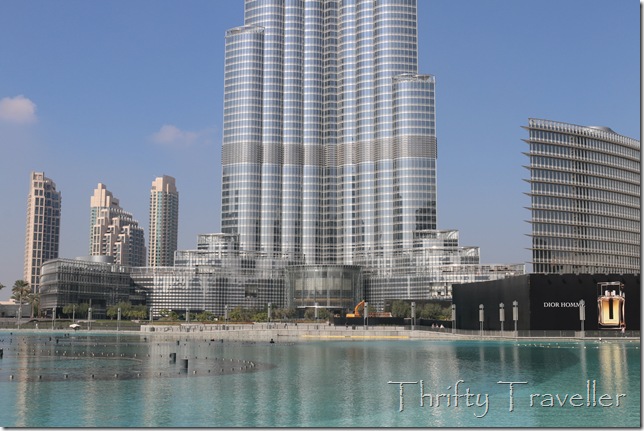 Burj Khalifa forms the centrepiece of a much larger development which includes Dubai Mall, a few hotels, apartments and office blocks and an attractive 30 acre lake where the impressive Dubai Fountain display, the world’s largest dancing fountain, is staged nightly. 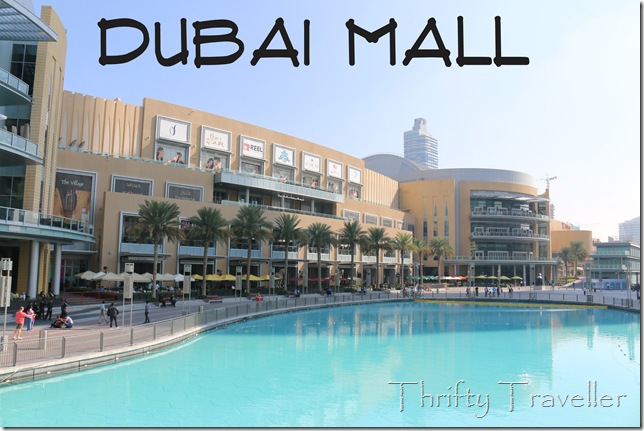 Dubai Mall has all the famous brands and up–market stores that you would expect. Some expansion work is in progress as the Mall tries to hang on to the coveted title of … you guessed it, the ‘world’s largest shopping mall’. 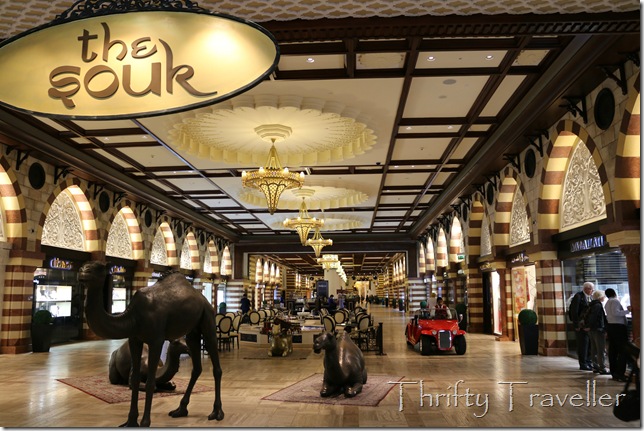 The Mall has its own Gold Souq which  in summer, is far more comfortable than the traditional outdoor Gold Souq in Deira. 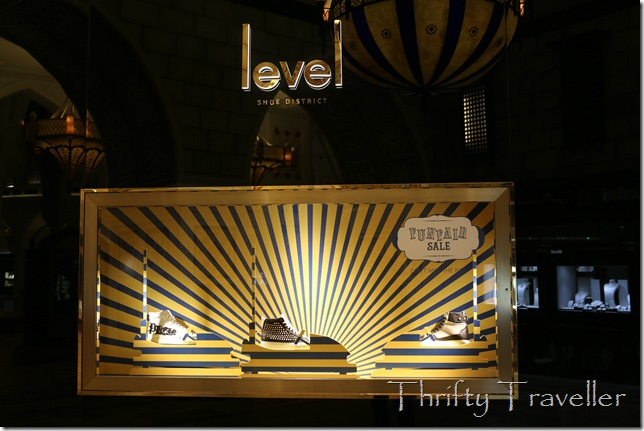 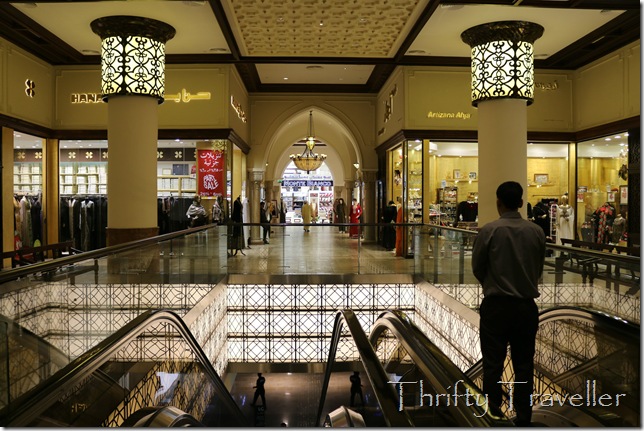 The Mall is also home to Dubai Aquarium which includes a walkthrough tunnel, underwater zoo and glass bottom boat ride. If you don’t fancy splashing out Dh110 on the tickets you can get a free sneak preview through the viewing panel in the Mall. 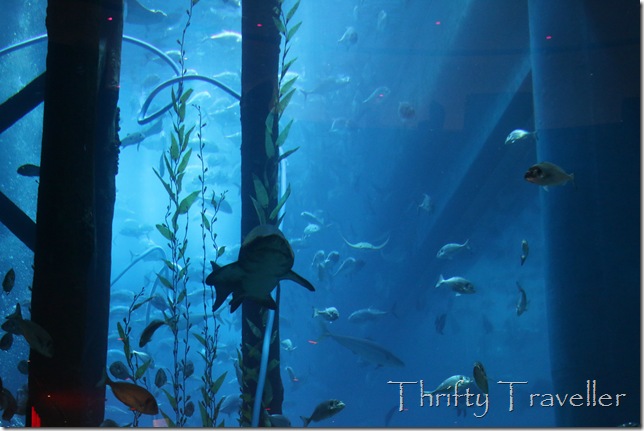 I suppose if I had to rank my Top 10 Dubai Attractions, Burj Khalifa and Dubai Mall would have to come top.