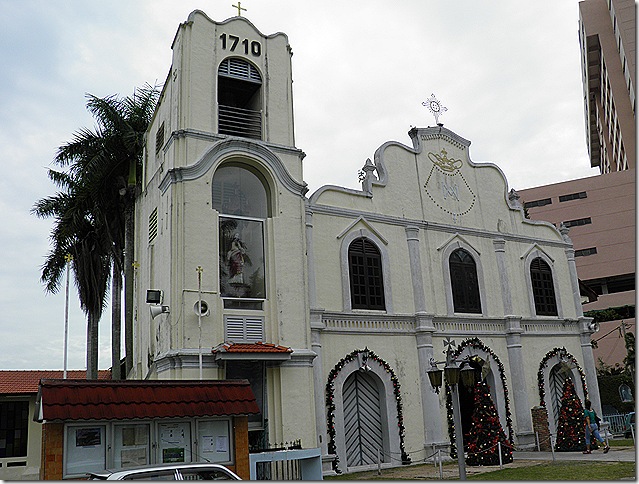 From 1511 until 1641, while under Portuguese rule, Malacca was described as a Christian town with a Roman Catholic church or chapel in every street. In 1618 there were 7,400 Christians in Malacca with 14 churches and 2 chapels.

In 1641 Malacca fell to the Dutch who, being predominantly Protestant and anti-Catholic, set about demolishing Portuguese churches and persecuting the Catholic population of the city. Priest were forbidden to preach. What must the local Malay population have thought about these two groups of Europeans who were so mean to each other despite being strangers in a foreign land so far from home and both professing to belong to a superior culture?

During the War of the Spanish Succession (1701-1714), Holland and Portugal found themselves fighting on the same side as part of the Grand Alliance. As a result the Dutch eased up on their persecution of Catholics in Malacca and a Dutch Catholic called Franz Amboer was given permission to donate land for the construction of St. Peter’s Church which, as the date on the bell tower suggests, was finished around 1710. 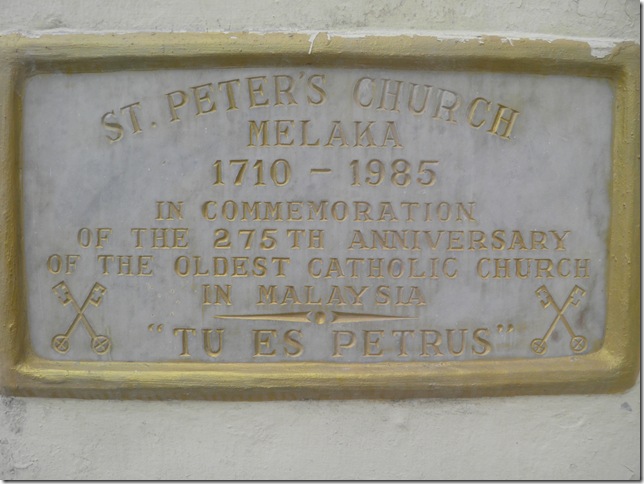 One of the bells predates the church having been cast in Goa in 1608. It was salvaged from the ruins of an earlier church burnt down by the Dutch, possibly the Church of São Lourenço (St. Lawrence) which was built in the 1600s and located around the corner in what is now Jalan Bunga Raya. A chapel called Ermida de Rosario was built on the site of  St. Lawrence Church. This chapel itself fell into disrepair in the 1800s but its crumbling ruins can still be seen on a plot located next to the old Federal Cinema, adjacent to the Food Court. 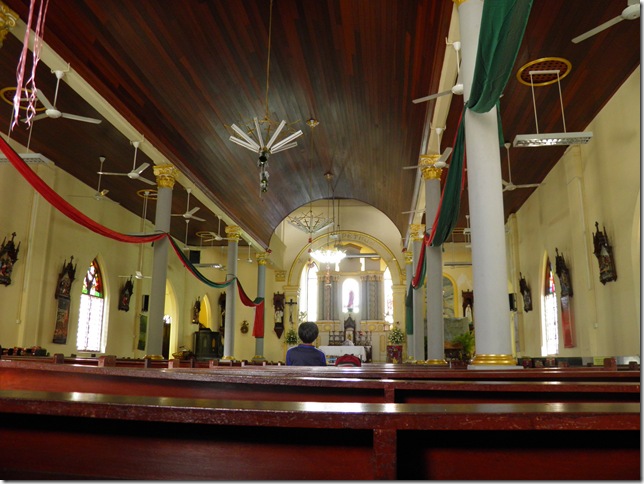 A book called “Historical Tombstones of Malacca” (not, I suspect, a best seller!) written by RV Bland in 1904 contained a photo of a grave located outside St.Peter’s Church. The grave was of Domingo D’Oliveira who died on 3 May 1598 which must make it one of the oldest surviving graves in Melaka if it is still around.

One of the newer additions to the church grounds is a water feature with a plaque quoting Jesus’s invitation to Peter to walk on water. The pool is only a few centimetres deep so you can create your own walking-on-water illusion if you don’t mind getting your feet wet. 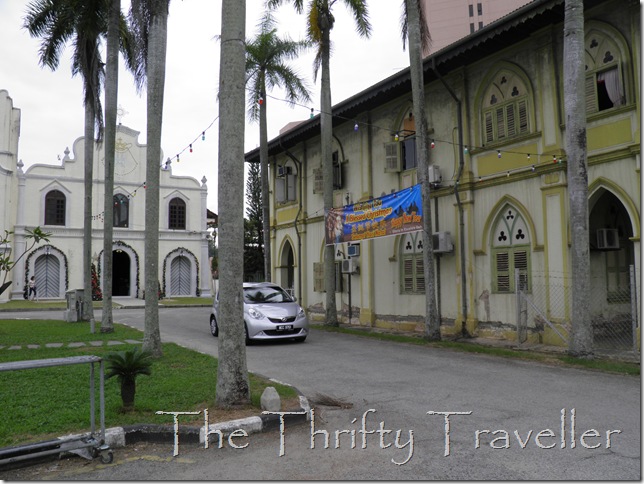