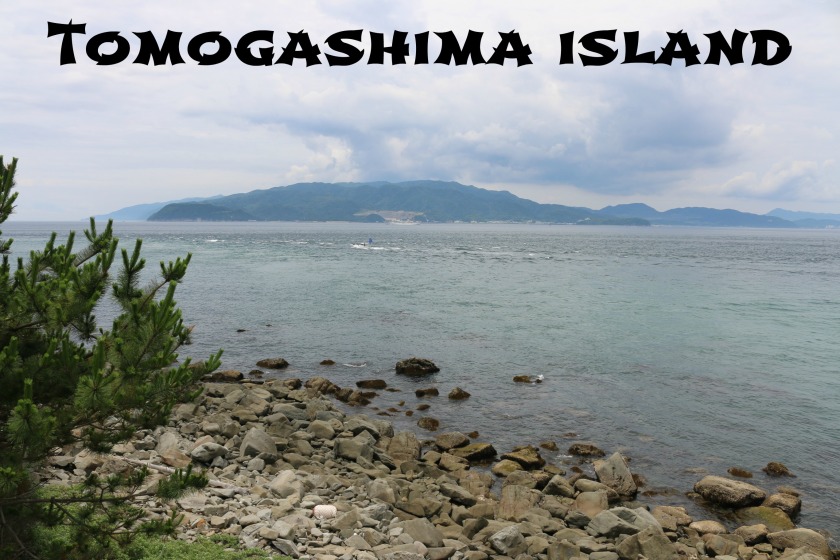 Travellers looking for an off-the-beaten-track destination in Japan might consider a boat trip to Tomogashima, which is the collective name for a group of four small islands called Okinoshima (the biggest island) Jinoshima,  Torajima and  Kamijima located off the small town of Kada in Wakayama Prefecture.

Shugendō Buddhist monks once used the steep hilly terrain of these islands as part of their ascetic mountain training. 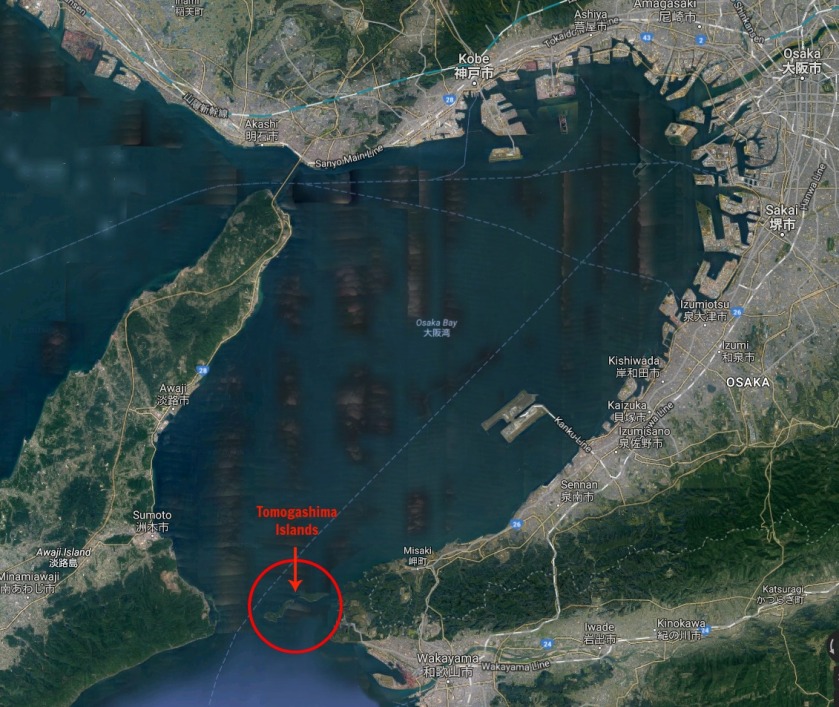 This coastline was for centuries a haven for pirates who preyed on ships passing through the narrow entrance to the Inland Sea between Awaji Island and Honshu. One famous pirate was named Tsumujikaze Goemon and he was rumoured to have buried a stash of his loot on one of the islands which has never been found. During the Meiji period the Japanese military fortified the islands with a number of brick-built gun batteries, powder magazines, bunkers and support facilities to defend the strategically important approach to Osaka Bay against foreign naval attack. Up until the end of World War II, access to the islands was strictly prohibited and their existence was removed from maps, hence the use of the word ‘hidden’. The gun emplacements are now overgrown and damaged by coastal erosion but you can see that they would have had a great view of any approaching invasion force. 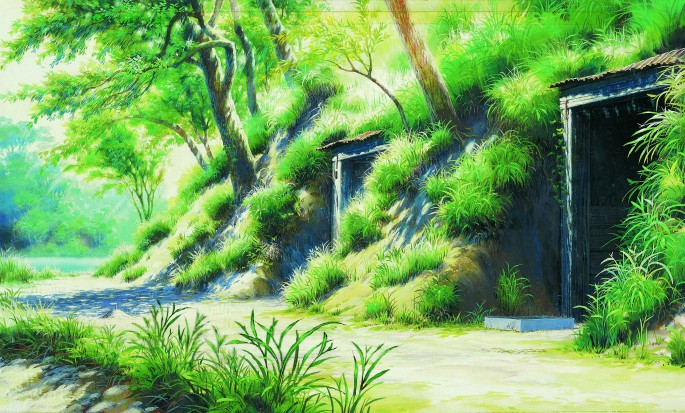 Some say that the ruined defences bear a resemblance to those in the Studio Ghibli film Laputa, Castle in the Sky and may have inspired the artist.  One of the ferries to the island is even called Laputa, obviously aiming to attract Ghibli fans. 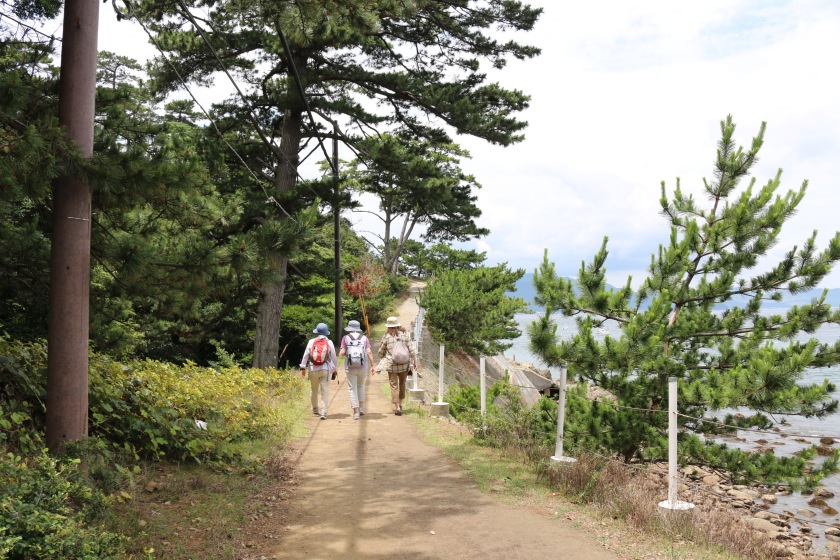 Nowadays the islands, which form part of Seto-naikai National Park, are a popular place to visit for both Japanese and foreign tourists (mostly Chinese and Koreans). There are a number of well marked hiking trails around the island and in addition to the military remains there is a lighthouse, some quiet stony beaches, bbq and camping spots and lovely coastal views. 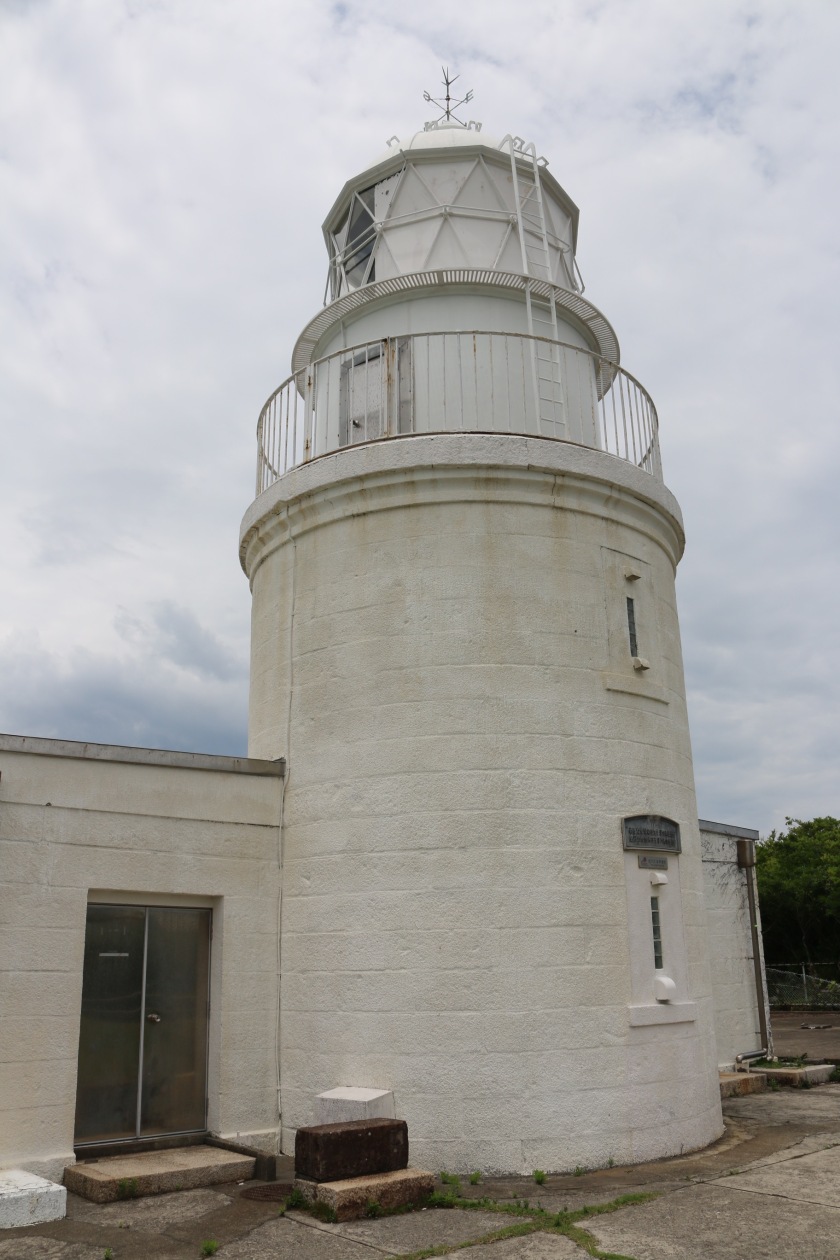 A noticeboard on the island says this about the lighthouse:

Viewing the beautiful scenery of the Seto Island Sea from the white, western style lighthouse is sure to lighten the heart of even the most downtrodden spirit. 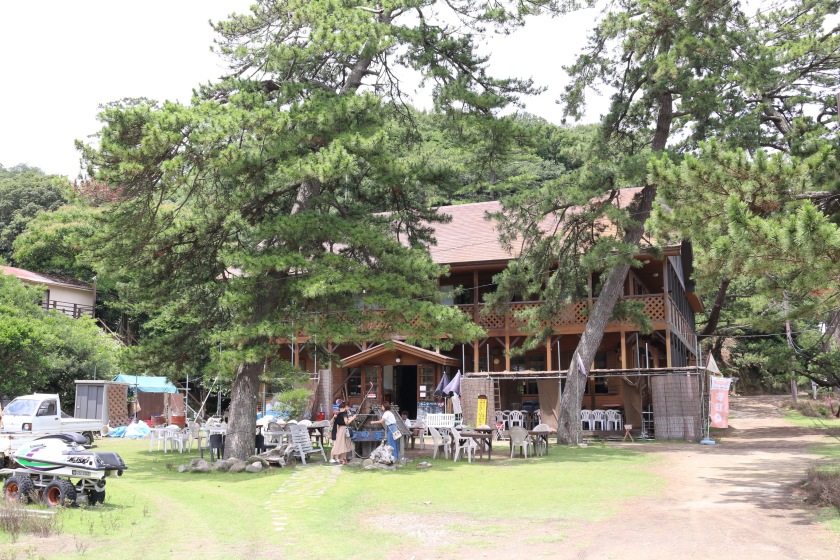 There is some accommodation on the main island – Uminoie guest house. 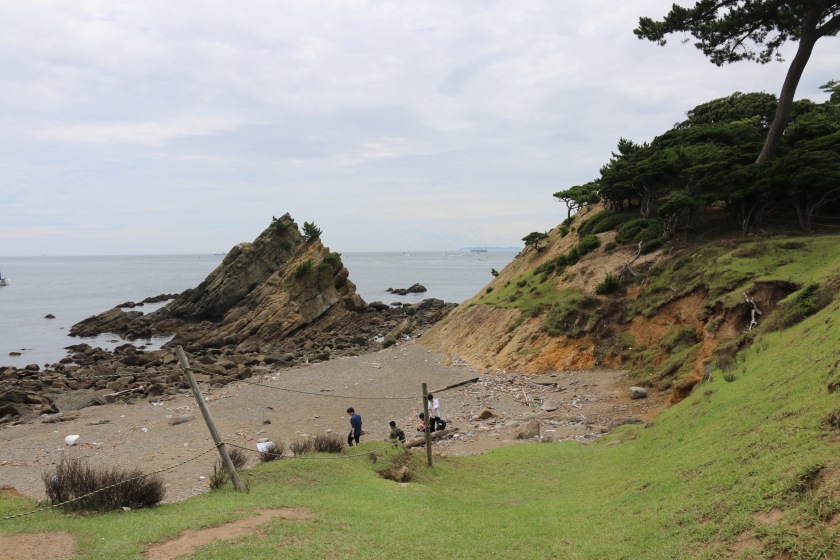 Camping is free but you need to register at the office first. 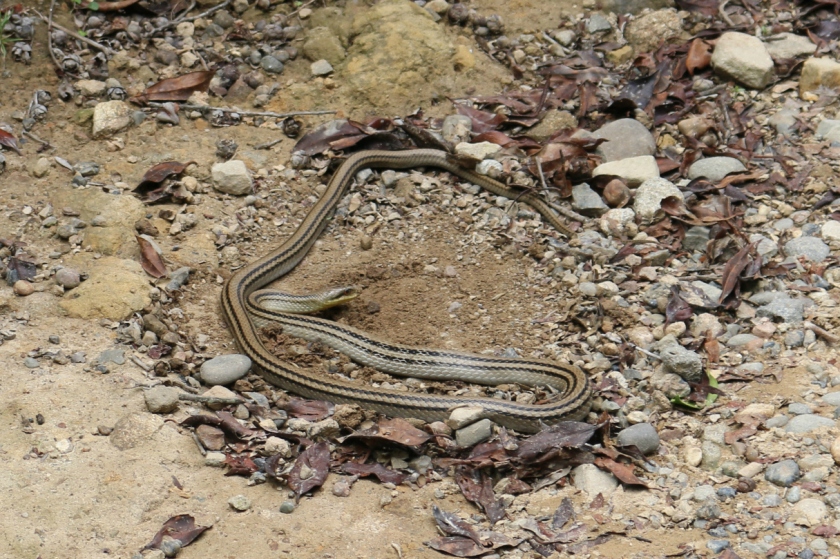 We noticed a few warning signs about snakes and it was not long before we spotted a small one on the path which slithered away after a tense standoff (possibly a non-venomous rat snake?).

How to get to Tomogashima

There are four sailings per day in each direction as you can see on this photo.  Two additional sailings at 10am and 3pm during the peak holiday season.

The boat trip takes about 20 minutes.

To get to Kada you can take a train from Wakayama City, Wakayamashi station.

Kada is famous for sea bream and there is a special pink coloured, fish-themed sightseeing train called Medetai at certain times of the day but our train was just an ordinary one. 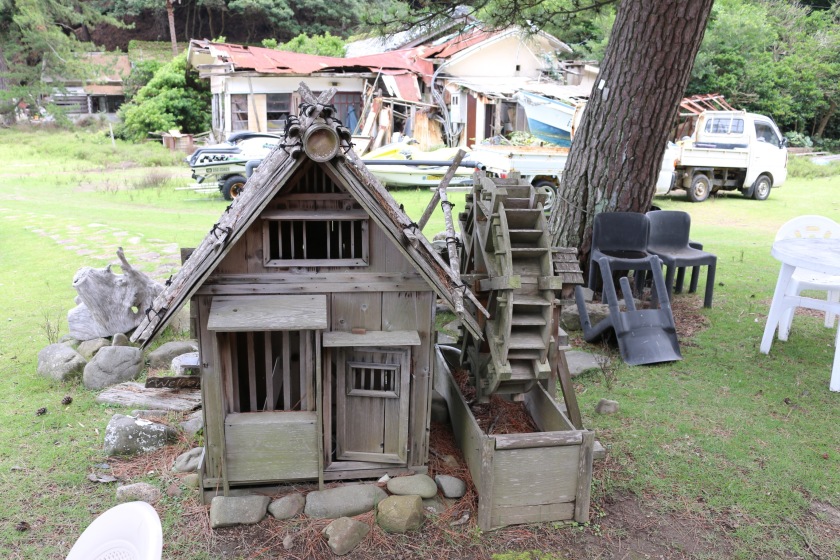 Pico Island was the third and final island visited during my recent trip to the Azores.

We went for a half day trip by ferry from Horta to Madalena, the main town of Pico. The ferry journey took about 30 minutes each way. It was quite a windy day with heavy seas and the ferry captain needed all his skill and experience to negotiate the narrow entrance to Madalena harbour with rolling waves crashing on either side of the breakwaters. You can get an idea from this video.

Pico is the second largest island in the Azores with an area of 446 sq. km. There must be a lot to see but in the limited time available we were only able to look around the town.

The main attraction on Pico Island is Mt. Pico which is a dormant volcano and Portugal’s highest mountain (2,351 m). It last erupted in 1718 producing lava flows which reached the sea. The summit is often shrouded in cloud but on this November day it revealed itself with upper slopes covered in snow.  I resisted the temptation to try and climb it.

Madalena is a quiet, sleepy town where about 6,000 of the island’s 15,000 people live. At its centre stands the Church of Santa Maria Magdalena with its ornate gilded altar.

Pico is a wine producing island and grapes somehow thrive in the soilless but fertile volcanic landscape. The vines have to be protected from prevailing winds and sea spray and to do this a unique method has developed over 500 years whereby long stone walls divide up vineyards into small protected plots. These walls were built by collecting up the volcanic boulders in the fields and stacking them up. This distinctive viniculture landscape has been recognised by UNESCO as a World Heritage site.

The Museu do Vinho at Madalena has examples of these stone walls although the actual UNESCO site is some way out of town. At the museum there are some fine dragon trees (dracaena draco, linnaeus) which are typical of the Macaronesian archipelago (the term Macaronesia refers to Azores, Madeira, Canary Islands and Cape Verde). These trees were used to produce a red dye known as dragons’ blood.

At the sea front is a public sea water pool which must be pleasant in summer with great views looking back towards Faial Island.

I’d like to see more of Pico Island if I’m back that way in the future.