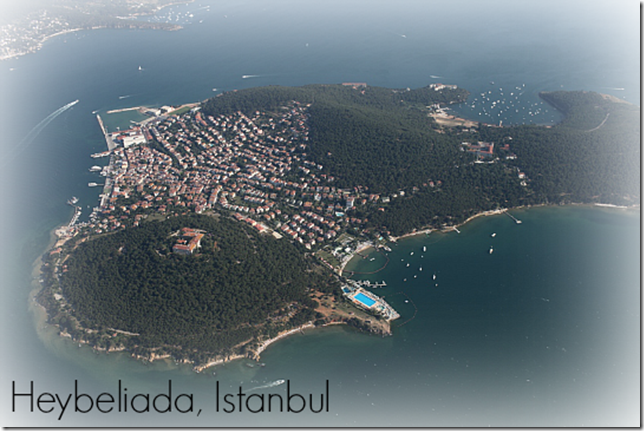 The Princes’ Islands, often known more simply as The Islands (adalar), are a group of 4 large and 5 tiny islands situated in the Sea of Marmara about an hour’s ferry ride from downtown Istanbul. 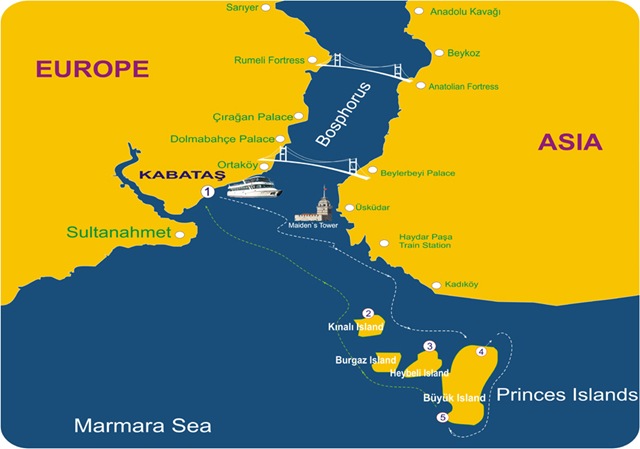 My son and I caught the public ferry from Kabataş bound for Princes’ Islands and the fare was just a few Turkish Lira. 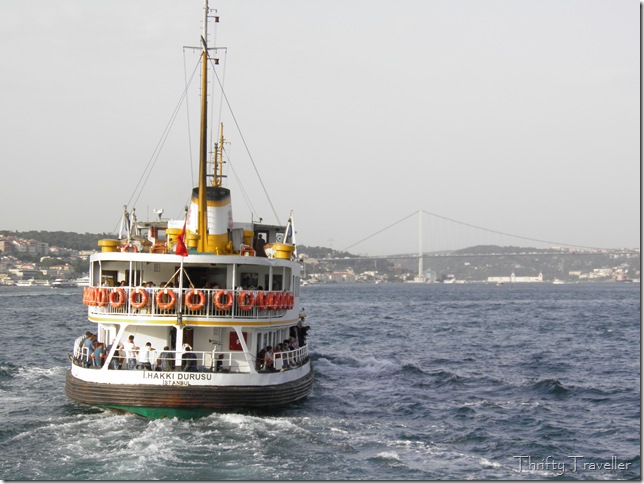 The boat ride was great, like a poor man’s cruise, taking in fantastic views of the Bosphorus and Istanbul’s skyline while breathing in fresh ocean air, spoilt only by the occasional whiff of the ferry’s toxic diesel exhaust. At least nobody was allowed to smoke on the open upper deck which made a nice change in this tobacco-addicted city.

They came round with tea and those bagel-shaped Turkish breads which are covered in sesame seeds, just to keep us going during the 55 minute trip.

We decided to get off at Heybeliada, the second largest of the Princes’ Islands, because it was the first stop and we only had half a day to spare.

The most notable thing about these islands is that they are traffic free. Motor vehicles are banned, except for fire engines and other service vehicles. The only methods of transport are horse drawn carriages, which operate as taxis, or bicycles. 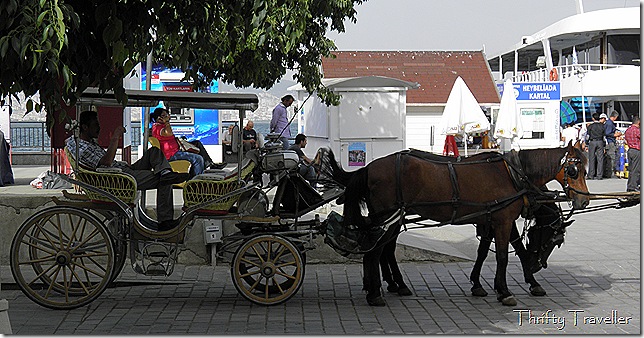 To be honest we did not find a huge amount to do on Heybeliada. There is a strip of restaurants and cafés lining the waterfront and, parallel to that another street with some shops and then the residential area begins. After a pleasant seafood lunch, we strolled through the back lanes, lined with wooden houses, and made our way up to the top of the nearest hill which was covered in pine trees.

From the top of the hill there are good views across to the Kadiköy district of Istanbul over on the mainland. 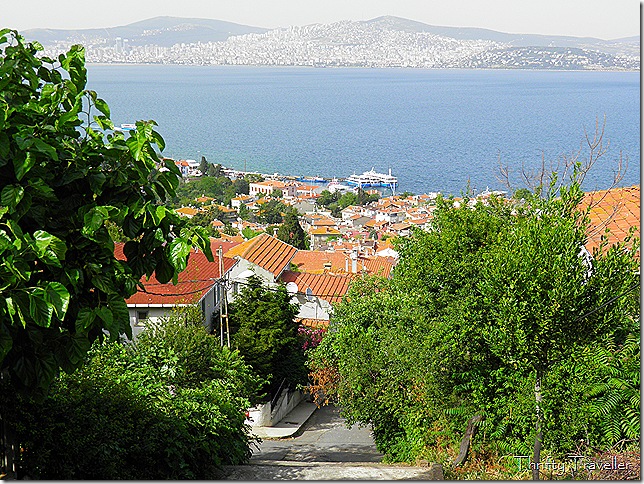 Heybeliada has a very peaceful feel to it and it is easy to imagine how, for Istanbulites, the island would make a welcome weekend getaway and escape from the hustle and bustle of the city. The island only has a few thousand year-round residents but during the summer, and especially at weekends, the population swells to over 10,000.

For foreign tourists though, with limited time and so many amazing things to see in Turkey, it is not surprising that the Princes’ Islands are not high on the list of must-see attractions.

On the way back to Kabataş, the ferry passed close to Maiden’s Tower, enabling me to take this pic. It was a nice day out and sitting on the ferry gave my son a break from my relentless walking tours around Istanbul (but he still had to climb a hill!). 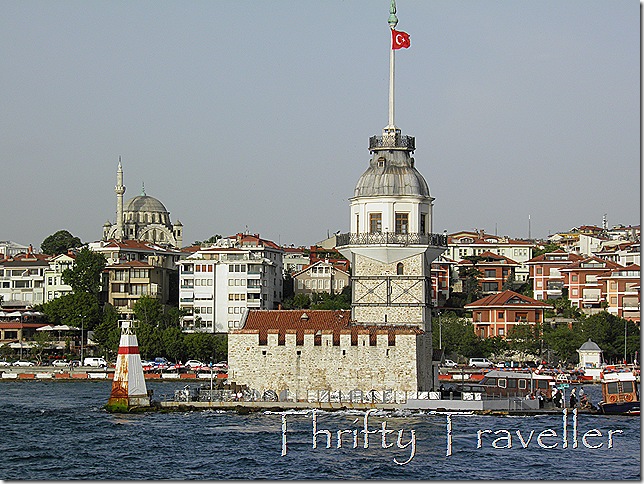