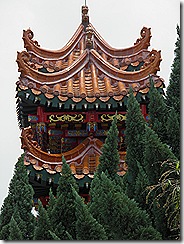 When I was driving on a highway near Kajang recently I noticed a large Chinese temple on a hilltop. I had driven on this road a number of times but somehow had never spotted it before. Perhaps it has recently been extended. I thought I would drive up to take a closer look.

From the sign outside I could see that it is called Pertubuhan Budhis Manju Suddhi which translates as Manju Suddhi Buddhist Organization. It is located in Kampung Sungai Chua on the outskirts of Kajang, Selangor. 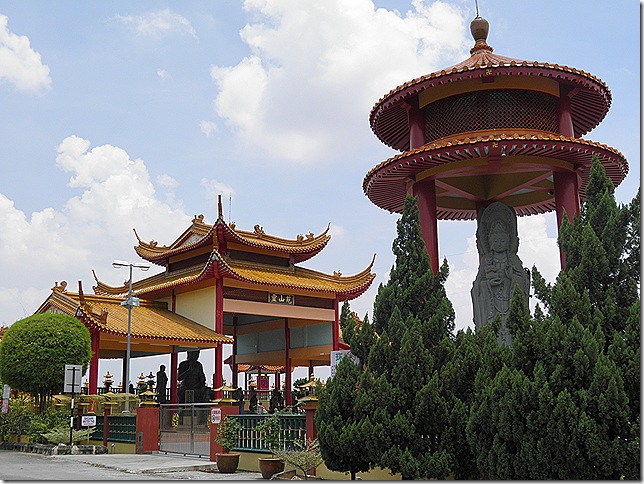 There is a large three-sided Guan Yin statue and a Maitreya Buddha statue. 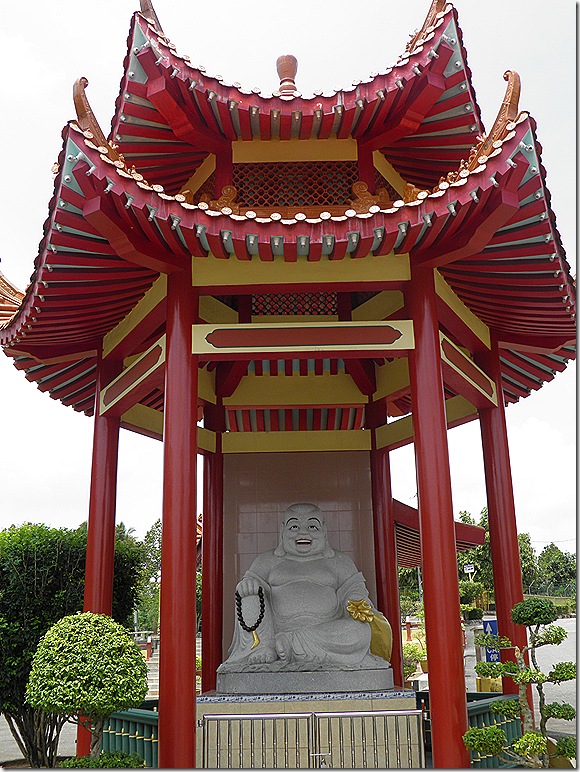 The organization’s website is all in Chinese which does not translate well on Google Translate but from what I could make out the temple’s activities include prayer/meditation, weddings and funerals, education, charity and welfare, recycling,  and celebrations of all the big Chinese and Buddhist holidays.