Where in Asia do you suppose this photo was taken?

It’s a trick question. This is the gateway to the Chinatown district in Manchester, England. It is not a particularly big district, comprising a few streets lined with Chinese restaurants, oriental supermarkets and other Far Eastern owned businesses. I felt that the area was not quite as bustling and energetic as similar districts in other cities. Perhaps the inhabitants have lived in England too long and some of their natural dynamism has worn off. Or maybe it was just too cold that day.

Talking of energy,  a few minutes walk away from Chinatown is the magnificent Manchester Town Hall in Albert Square. 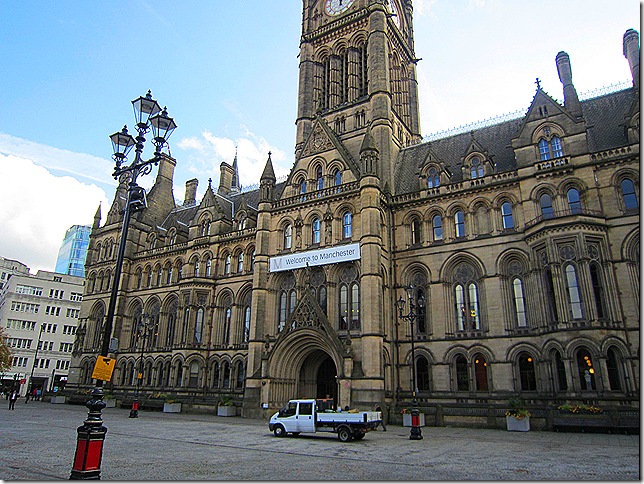 This grand Victorian building was completed in 1887 and is partially open to the public. Statues of former captains of industry and other local dignitaries, largely forgotten, line the ornate entrance hall. Off the foyer, is the Sculpture Hall Tea Room, an elegant cafe where customers can admire the sumptuous surroundings while seated in deep leather armchairs.

One of the statues was of James Prescott Joule, the Salford-born scientist who devised the unit of energy which bears his name, the joule. Slumped in his chair and pondering a mechanical instrument, he appears half-asleep. For a man who devoted his life to energy, he looks remarkably lacking in it! 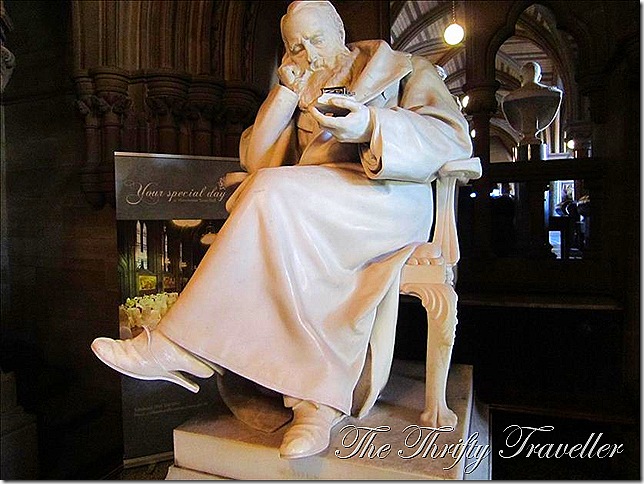