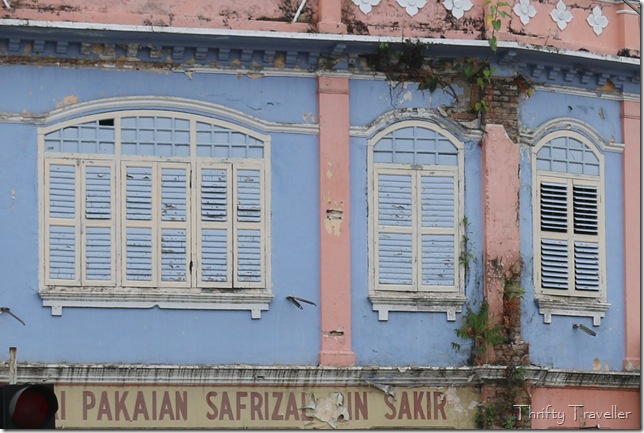 When driving to Melaka recently I decided to take an alternative route on Highway 5 through scenic rural countryside and pretty kampongs with traditional wooden houses.  The road passes through small towns with interesting names like Ramuan China Besar, Masjid Tanah and Tangga Batu.

Ramuan China means ‘Chinese ingredients’ and is where Chinese traders of long ago would come to source herbs and plants for use in Chinese medicine. Tangga Batu means ‘stone stairs’ and probably refers to the ornate tiled steps that can be found at the entrance of many old wooden houses in Melaka and Negeri Sembilan. 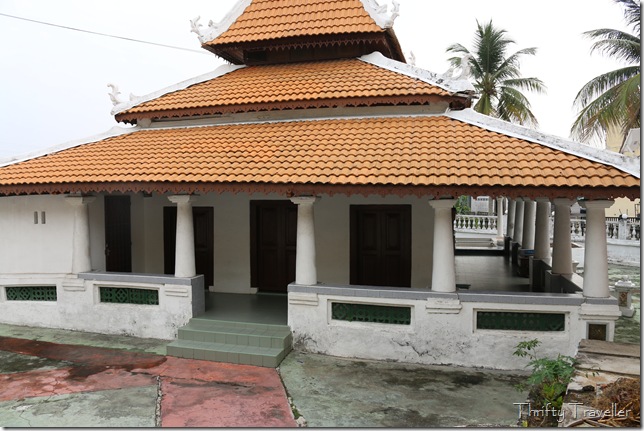 Masjid Tanah is named after a mosque built from mud by a Sheikh from Gujarat around 1800. The original mosque was seemingly demolished but rebuilt in 1951. I guess this is the building since it has one of those brown tourist information signs with the words Bangunan Masjid Tanah. The mosque has tapered pillars of a sort found in India and looks old apart from the recent roof. 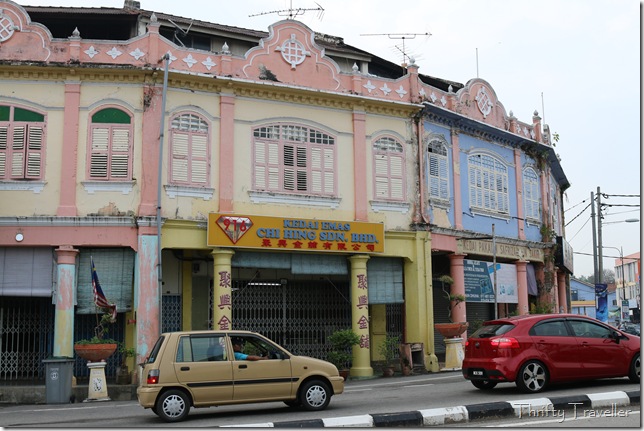 The town centre boasts a few blocks of neat shophouses from the 1930’s which have been painted in ‘his and hers’ pink and blue. 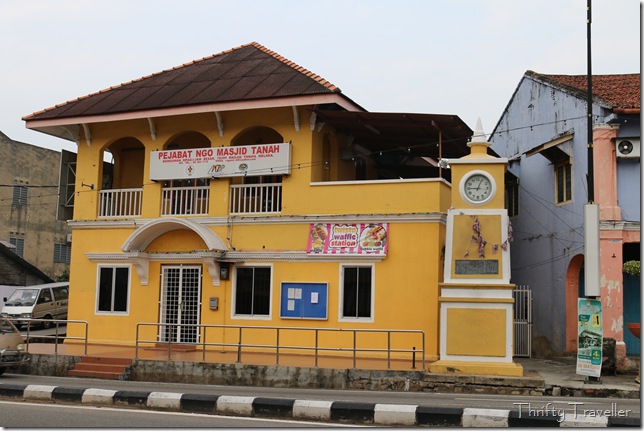 There is also a clock tower with an inscription in Bahasa, Tamil and Chinese informing that the clock marks Malaya’s independence and was built with donations from all races in Masjid Tanah and bears the date 31/8/1957. 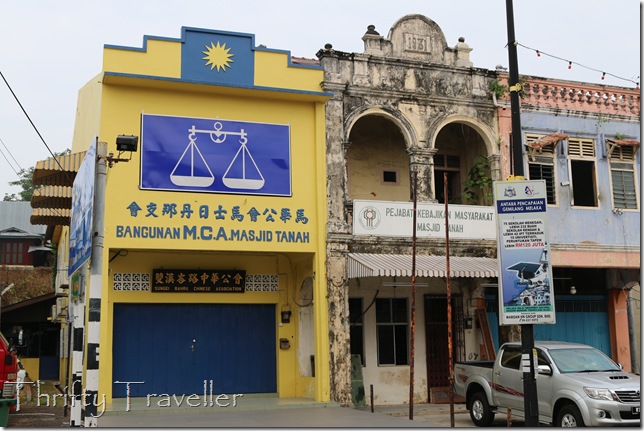 You can’t find much information on the web about Masjid Tanah and what little there is is in Bahasa.  Google Translate comes out with some very strange results sometimes. It translates Masjid Tanah as ‘Herefordshire’. The two places do not seem to have much in common!

If you are not in a hurry, I recommend taking this alternative route to Melaka. Coming from the north, exit the North-South Expressway at Junction 223.