Jalan Tun H. S. Lee is a 1.8 km long street running through the heart of downtown Kuala Lumpur. Before Independence it was known simply as High Street, indicating that it was one of the earliest and most important commercial thoroughfares in the town.

The street has witnessed all the major events in KL’s history since the 1880’s and bears the scars of the city’s growth and development.

Most visitors to KL will, have travelled along sections of this street but few will have seen the need to walk along its entire length. If you were to inclined to make the long walk, this video gives a flavour of what you would see. 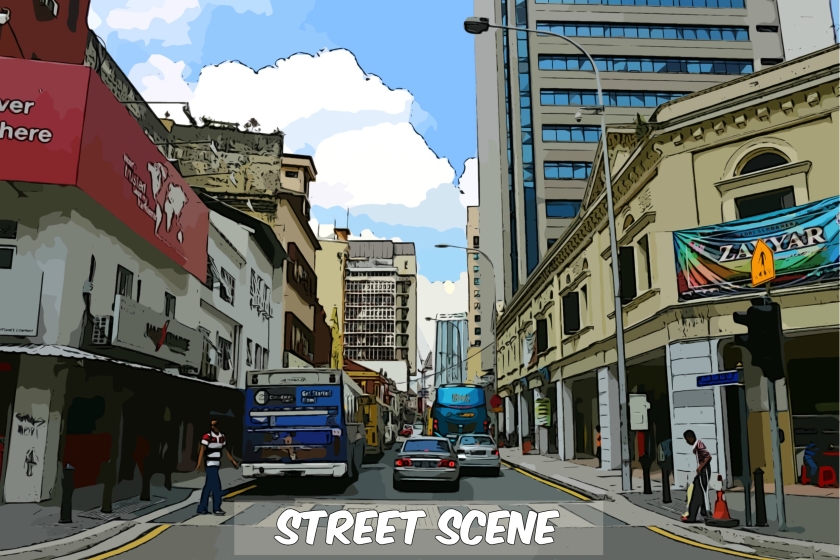 The street is a combination of old and new, scruffy and smart, high rise and shophouse and is typical of the untidy but colourful lanes you find in downtown KL.

There are a number of hotels and hostels in this street, mainly catering to the budget end of the travel market.

A narrow entrance leads to Sin Sze Si Ya Temple, one of KL’s oldest.

Another temple further down the street is dedicated to Guandi, the Taoist God of War.

An alley way nearby is know as Madras Lane (officially Jalan Sultan), renowned among Malaysia’s foodies as a destination for hawker fare such as curry laksa, yong tau foo, chee cheong fun and fish head curry.

Across the street is the Sri Maha Mariamman Temple one of oldest and most photogenic of the Hindu temples in KL.

Further down the street is blocked off by blue metal fencing behind which a massive hole in the ground is being filled with the new Mass Rapid Transit railway station for Pasar Seni. After skirting around this construction site, Jalan Tun HS Lee continues south on its final stretch which includes the police station and the site of the station of the Volunteer Fire Service. The Sikh Police temple is nearby.

This ends our tour of Jalan Tun HS Lee.