The Cameron Highlands shot to international prominence in 1967 when famous American businessman, Jim Thompson disappeared forever while holidaying in this Malaysian hill resort.

Jim Thompson lived a remarkable life.  He was born into a comfortably off family in Delaware in 1906. In World War Two he was enlisted in the Office of Strategic Services, the precursor of the CIA, and he was involved in various secretive operations in Europe and North Africa. After Germany surrendered, Thompson was assigned to the team preparing for an invasion of Thailand.  Just as he was on the way to be parachuted into north-east Thailand, Japan surrendered and the invasion was called off. Nevertheless Thompson still got to go to Bangkok to help the Thais with the transition to peacetime.

He was discharged from the military in 1946 at age 40 and I suppose you could say that he had the ultimate mid-life crisis. Instead of buying a red sports car or growing a ponytail or any of the strange things that middle aged men usually do, he went out and almost single-handedly resuscitated the Thai silk industry. In the process he became even more comfortably off. He was worth over a million dollars by the time of his disappearance which was in the days when being a millionaire was still something special – like being a billionaire today. He spent some of his wealth on an exquisite traditional Thai house in Bangkok in which he displayed, with impeccable taste, his  fabulous collection of Asian antiquities and works of art. This house is a museum today and I visited it a few years ago. I bought this splendid coffee table book as a remembrance. 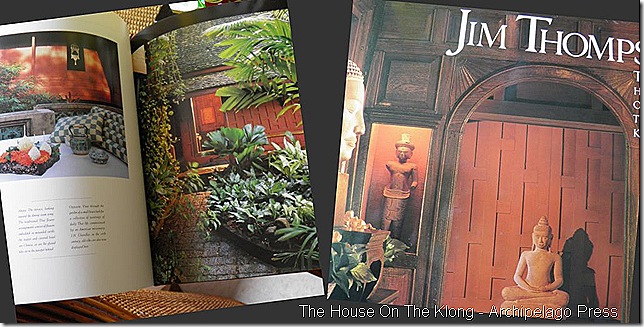 The house was put together by dismantling old wooden buildings which Thompson found in various parts of Thailand and transporting them to his plot in Bangkok for reassembly.

Over Easter in 1967, Jim Thompson and a lady companion were staying with a Singaporean couple in their holiday bungalow, The Moonlight Cottage, in the Cameron Highlands, Malaysia. One afternoon, while the others were having a siesta, Thompson seemingly went out for a walk and never returned.

During my recent visit to the Cameron Highlands we roamed around the vicinity of the bungalow. I briefly entertained the thought that it would be exciting to stumble upon some clue to solve the mystery of his disappearance but that would be like looking for a needle in a haystack. It is certainly thick jungle in this part of the world. 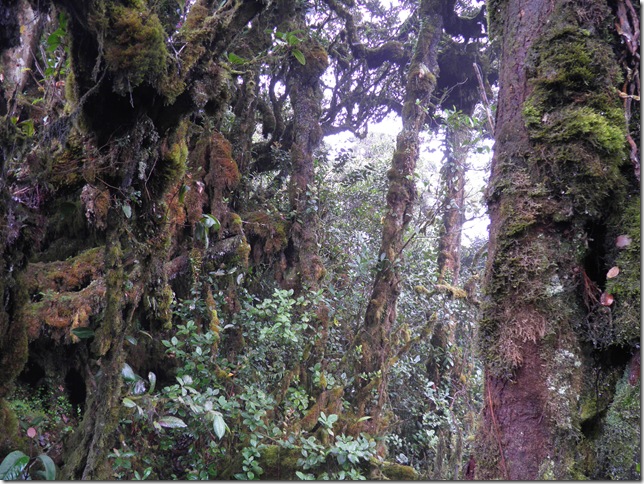 And anyway, hundreds of police and trackers searched for Thompson in the days after he failed to return to the cottage but they couldn’t find anything.

There are various theories about what might have happened. These include:

If you would like to read more on these theories I can recommend Jim Thompson The Unsolved Mystery by William Warren.

Even if he did meet his fate in the jungle, the chances of finding any scraps of clothing or bodily remains after all this time are remote.  A large tree can grow in 44 years in this part of the world.

So unless WikiLeaks can uncover a revealing diplomatic cable, or a CIA file is de-classified which can shed light on the affair, I guess Thompson’s disappearance will forever remain an unsolved mystery.