A few years back I took part on a trek of the Great Wall of China. It was of those charity fundraising challenges where participants have to raise a minimum sponsorship amount to cover the costs of the trip and enough left over to contribute to the charity’s coffers. I failed to raise the minimum amount and ended up paying for most of it out of my own pocket. No matter – all in a good cause!

I cannot remember the exact itinerary but the names Simitai and Mutianyu ring a bell. It was a nine day trip but the actual hiking was five full days. Although it seemed at the time that we were walking its entire length, we probably covered about 60km, or less than 1% of the wall’s length. 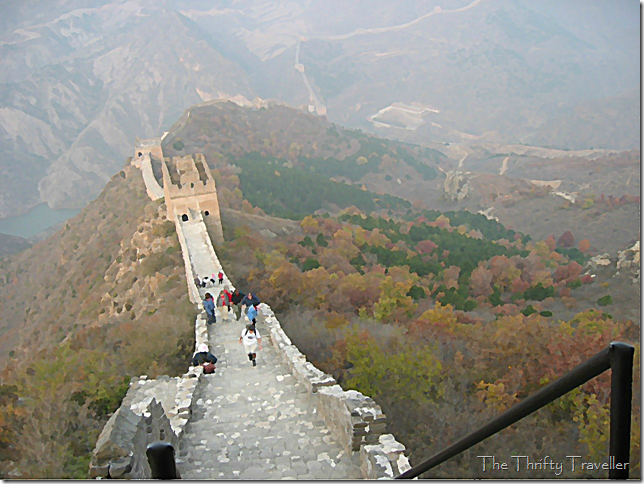 We avoided the most touristy and over-renovated part of the wall near Beijing and on most days we were walking on un-renovated sections with few other people around apart from our group of 25 or so hikers.

Some sections of the wall were in bad shape with crumbling watchtowers and thousands of uneven steps.

I found the hike quite hard on the first day, mainly from the cold as I was living in Dubai at the time and not used to the late October temperatures of northern China. My fellow hikers had all travelled out from UK and had no such acclimatisation problems. By the fifth day I was just getting into my stride and would have liked to go on longer.

We were not on the wall the whole time. There were side trips to a waterfall and a visit to the humble house of local farming family. And there was the longest flying fox I have ever tried. It looked a bit scary but it chopped half an hour off the walking time.

Accommodation was in simple, traditionally designed lodges. We had to share – two of three to a room and there were a few complaints about my snoring! Food was very good and lots of it. As you would expect for a do-gooders’ trip of this nature there were plenty of options for salad-loving tofu-munchers like me.

At the end of the hike there was a day in Beijing for sight-seeing and to visit one of the projects run by the charity.

Would I do it all again? Well if my knees were up to all those steps, I would certainly like to see the Great Wall again. The views were fabulous and the sight of the wall itself snaking its way over mountains for mile after mile is something special. But I don’t think I would do a charity trek again. I have stopped supporting these major charities ever since I saw job adverts in the Economist offering whopping six figure salaries for some of their top positions. I realised that the combined funds raised by everyone on our trek would not cover one of these guys’ salaries. Call me old fashioned, but I think people who work for a charity which relies on public donations should do it for nothing, or next to nothing. So these days I prefer more direct assistance to those in need and cut out the middle man. 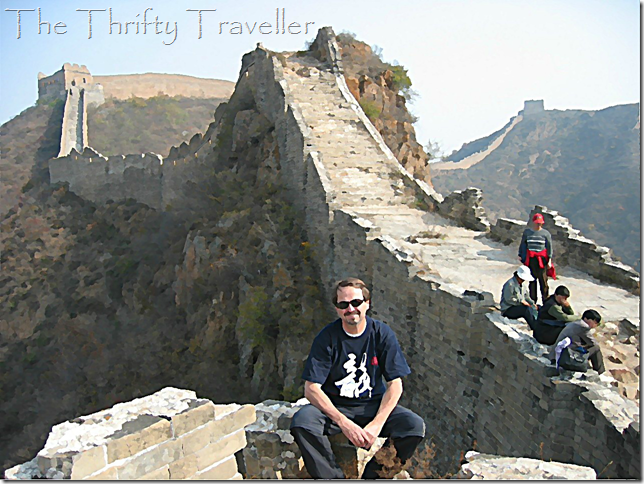