I was in Ipoh last week to explore a few sights which I had missed on previous trips. 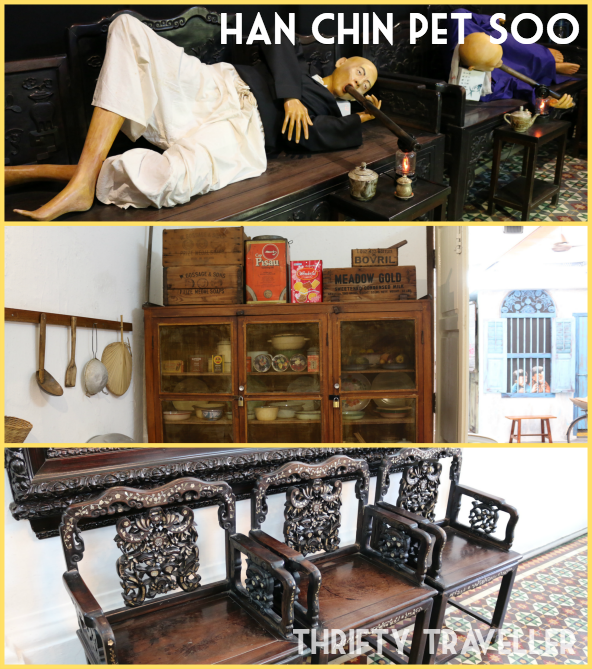 The first stop was Han Chin Pet Soo, an interesting exhibition in the beautifully restored Hakka Miner’s Club building at No.3 Jalan Bijeh Timah. All sorts of mischievous comings and goings took place in this club during the heydays of Ipoh’s tin boom. Miners spent their spare cash and free time on the ‘Four Evils’; gambling, opium, prostitutes and secret societies (triads), all of which are described in some detail at Han Chin Pet Soo. I have posted a full write-up on my Malaysia Traveller website.

The narrow alley opposite Han Chin Pet Soo is Panglima Lane, or Second Concubine Lane which I have written about before on this blog. Since my first visit in 2011, some of the crumbling shophouses have collapsed completely but I was pleased to see that there has been some effort to regenerate the street, including a new retro-style bar called Big John’s Music Shack which I gather has been opened by a Brit – good for him! 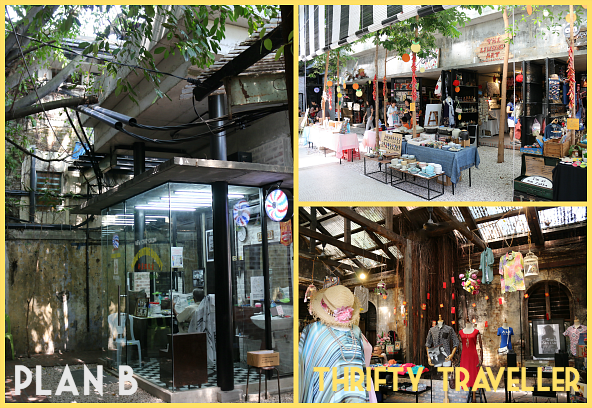 Talking of regeneration, around the corner at No.75 Jalan Panglima, is an architectural innovation where the designers have incorporated remnants of ruined and overgrown shophouses into a stylish modern development housing a restaurant, some arty and other shops (one even sells made-in-Ipoh handicrafts) and a cosy barbers. The restaurant (if not the whole development)  is called Plan B and describes itself as ‘edgy Aussie meets NY deli’.

Next, I strolled past the FMS Bar & Restaurant  to see if there has been any progress in reopening this famous old watering hole since my last visit. Unfortunately there hasn’t. Looks like I’m never going to be able to enjoy a stengah in this place.

In a similar vein, I walked along to Ipoh’s beautiful railway station to see what, if anything, is happening with the former Majestic Station Hotel premises which closed down just after my first visit in 2011. Again there doesn’t seem to have been any progress in finding a new role for the upper floor of this iconic building. 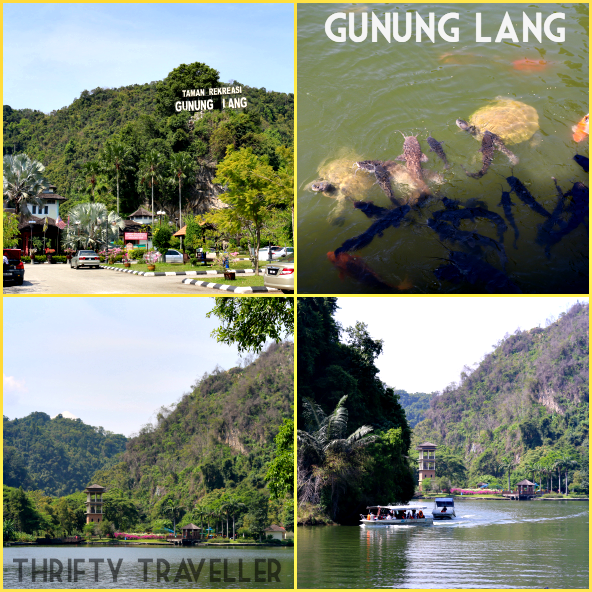 Five minutes drive away, but still within city limits, is the attractive Gunung Lang Recreational Park. The main attraction here is a boat ride to see the landscaped gardens across the lake. Since there was a big queue for the boat (very unusual to see crowds in a Malaysian park in the heat of the day) I decided to save that pleasure for another time and I watched people feeding the huge freshwater turtles instead.

Next door to the park, builders were adding the finishing touches to the newly refurbished Loong Thow Ngau Temple which looks as though it might back onto a cave under Gunung Lang.

While looking for another cave at Gunung Lang, I came across this Hindu temple called Kuil Sri Raja Muneeswarar at Jalan Lang.

I had been meaning for some time to visit Ipoh’s Japanese Garden on Jalan Raja Dihilir. It seems I left it too late because it is now padlocked and neglected with its lawns overgrown and koi ponds drained of water. It belongs to the Perak Turf Club who were quoted in the press last year as saying they have not decided what to do with it. Given its prime location, it would not be surprising if it is earmarked for redevelopment.

Next, after some effort, I managed to locate the Gua Tambun Cave Paintings. This Neolithic rock art site is not well publicised but is quite impressive if you like that sort of thing. You can read details and find directions on my Malaysia Traveller website. 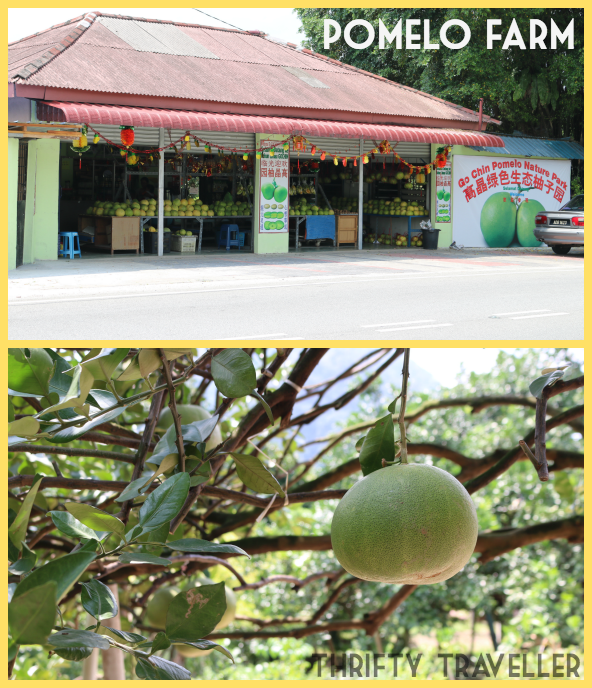 Ipoh is famous for its pomelos and in the suburb of Tambun I popped into the Go Chin Pomelo Nature Park where I was invited to look around their orchard and to sample a few varieties in the shop. The local pomelos are prized for their sweetness but I purchased the sourer Thai-style pomelo which is more to my taste. I also bought star fruit and chikoos (sapodilla).

My final stop was the Enlightened Heart Tibetan Temple, an extraordinary Buddhist Temple with a giant statue of Buddha gazing out from an opening on the eighth floor of a giant pagoda hidden away in a secluded valley.

Since this was quite an interesting place I might write about this in more detail in a later blog.

The climb up and down the pagoda concluded a busy and tiring day, which also included a 500km round trip drive. There’s a lot to see in Ipoh. I’ll have to go again soon.