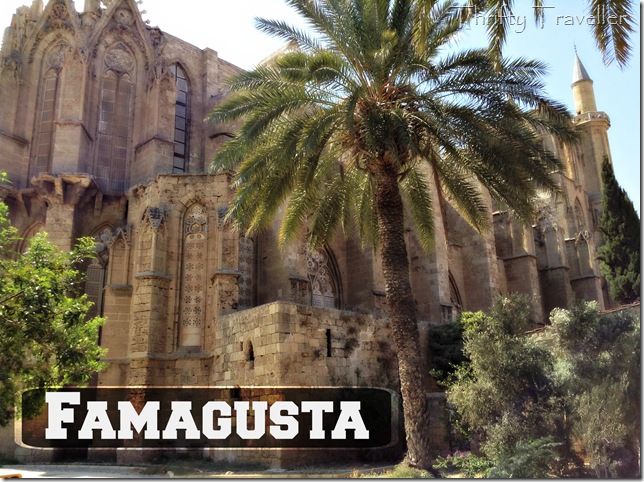 Famagusta (or Gazimağusa in Turkish) is one of the larger towns in Northern Cyprus and is the main port. It would probably have been much bigger by now but the international embargo placed on the Turkish controlled part of Cyprus following the Turkish invasion in 1974 has stunted development of the city, which lies close to the disputed border with the south (Republic of Cyprus).

The absence of development has its benefits for tourism as the historic heart of the old city remains unspoilt behind well-preserved medieval city walls. 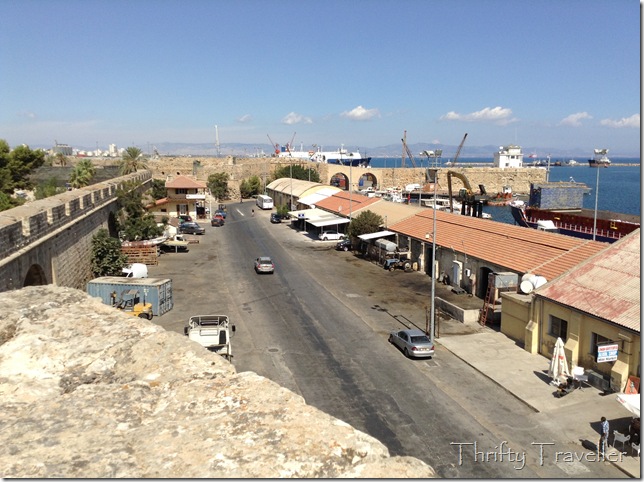 The best known landmark within the walled city is the Lala Mustafa Pasa Mosque. This building was formerly St. Nicholas Cathedral and built in the 14th century during the rule of the French Lusignan kings. The main facade, with its 3 large gables and canopied doorways and elaborated rose window above, is said to be modelled after Reims Cathedral. 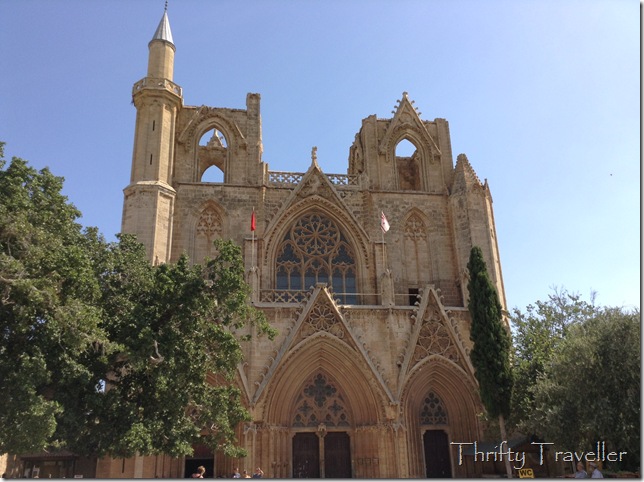 The upper levels of the two towers were partially destroyed during the Ottoman bombardment of 1571 and when the town finally fell to the Ottomans, the cathedral was converted to a mosque and a minaret added. Stained glass was replaced by clear glass, tombs and altars were removed and frescoes were plastered over but otherwise the interior remains remarkably intact. 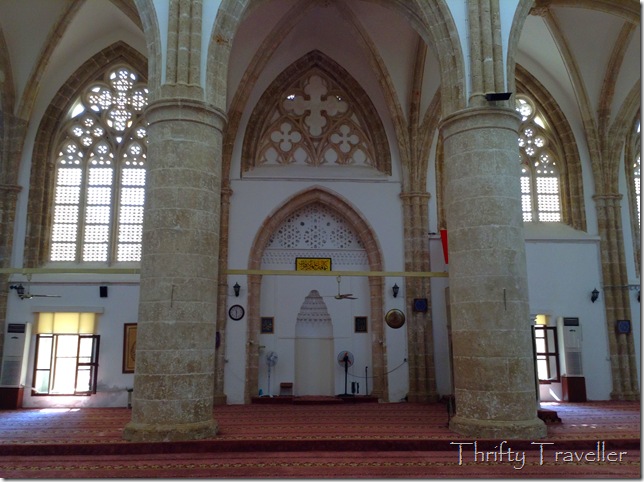 A mihrab (prayer niche), an imam’s pulpit and wall-to-wall carpeting are the only additions to the interior of the mosque which is still in use today. 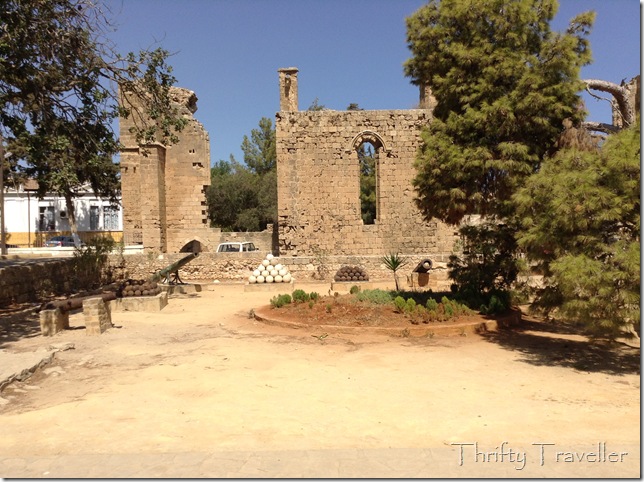 The walled city of Famagusta is littered with antiquities and ruins and had it not been for the international embargo, the area would probably have been recognised as a UNESCO World Heritage site and received vast dollops of cash and expert conservation assistance. For now, the Turkish Republic of Northern Cyprus’s Department of Antiquities and Museums seems to be doing a reasonable job in looking after their historical sites. 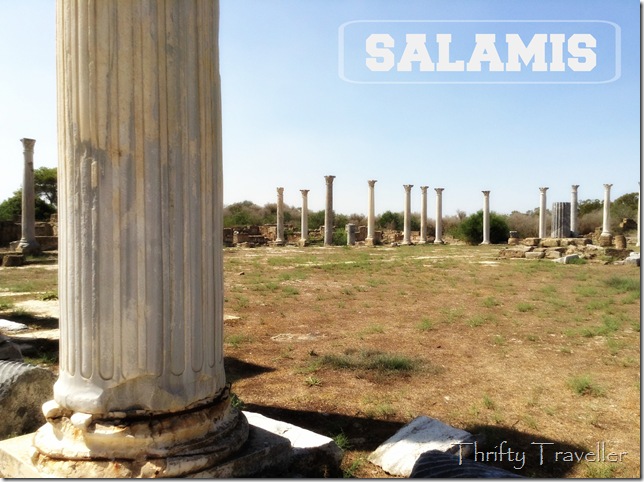 The remains of the ancient city of Salamis (nothing to do with sausages) are found around 6km north of Famagusta. Salamis was once the capital of Cyprus and can trace its origins as far back as 1100BC. Many invaders left their mark on the city but most of the ruins visible today are Roman era. 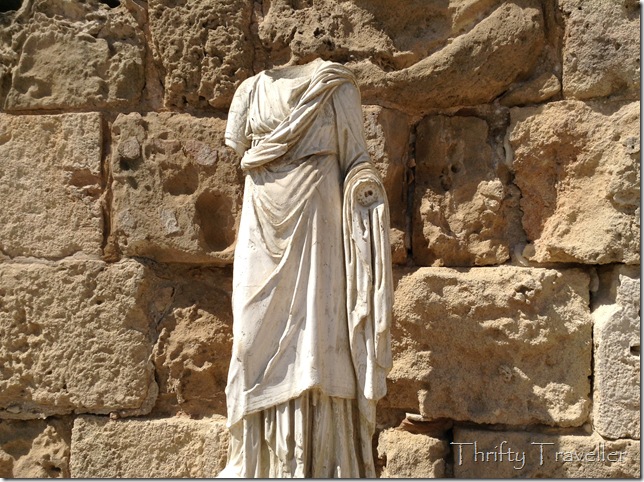 The site covers a large area next to the coast. Wars and earthquakes have taken their toll and after Salamis was abandoned, shifting sands covered much of the site. These sands have helped to preserve what is buried underneath and, while part of the site has been excavated, you get the feeling that there must be many more archaeological discoveries waiting to be unearthed. Most excavation worked stopped here after the 1974 invasion. 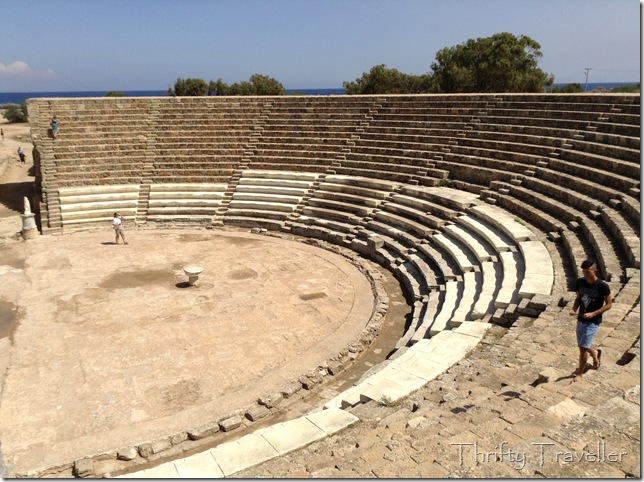 Ruins which have been excavated so far include Roman baths and gymnasium, a fish market, reservoir, colonnaded street, roman villa, a stadium, temple of Zeus and 7th century Byzantine walls. 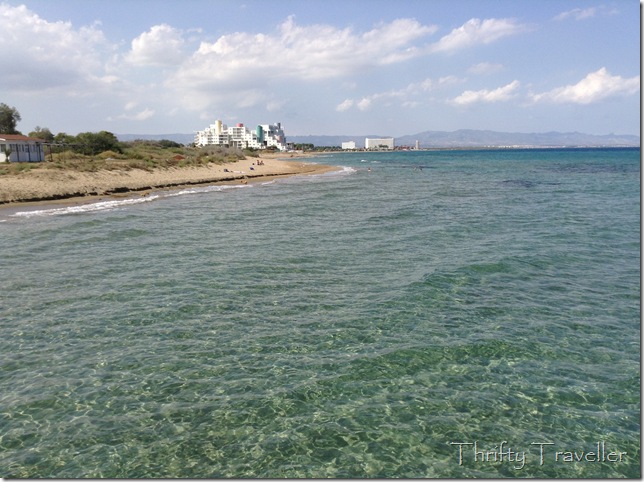 The beaches next to Salamis and elsewhere along Famagusta Bay are among the best in Cyprus with clear water and soft sand. 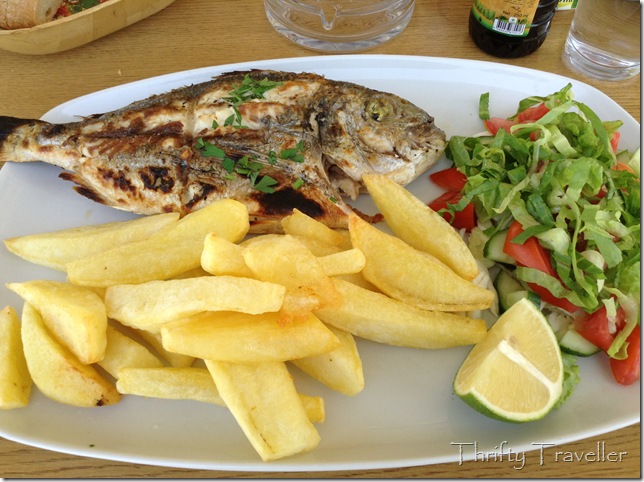 We had a good lunch at the beach-side restaurant at Salamis. Grilled sea bream accompanied by salad and chips, which seem to be served with nearly every meal in Northern Cyprus. Must be the British influence! 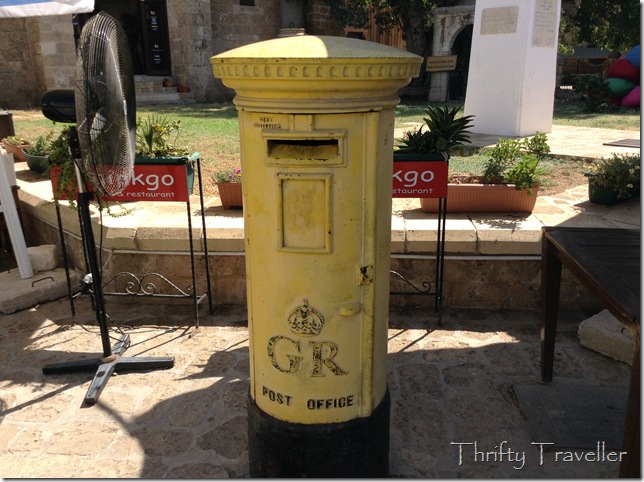