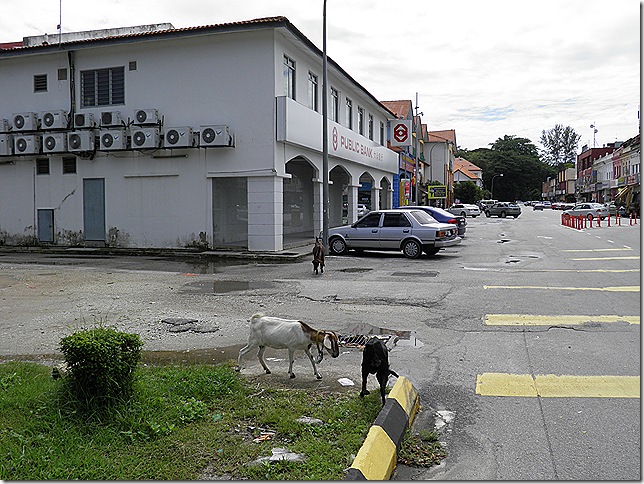 It’s always a good sign when a town has goats ambling through its main street. It suggests a slower pace of life and you get a feeling that the inhabitants are not troubled by work-life balance issues.

Not that the council that runs of Kuala Selangor has been idle. On the contrary they have quietly built up their town into a popular tourist attraction that draws in visitors in their hundreds from KL, just over an hour’s drive away. 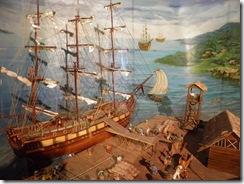 Kuala Selangor was once a thriving trading port due to its location at the mouth of the River Selangor on which goods were transported to and from the interior. The town was, for a time, the state capital and was captured by the Dutch in the 1780s.  After the British took over, their attention shifted to Penang and KS slipped back into relative obscurity.

Today the town is famous for its fireflies, the nature park and the various attractions found on Bukit Melawati, the low hill that dominates the town centre. I have written about these attractions on my Malaysia-Traveller website.

In this post I am highlighting a few of the less well known sights. 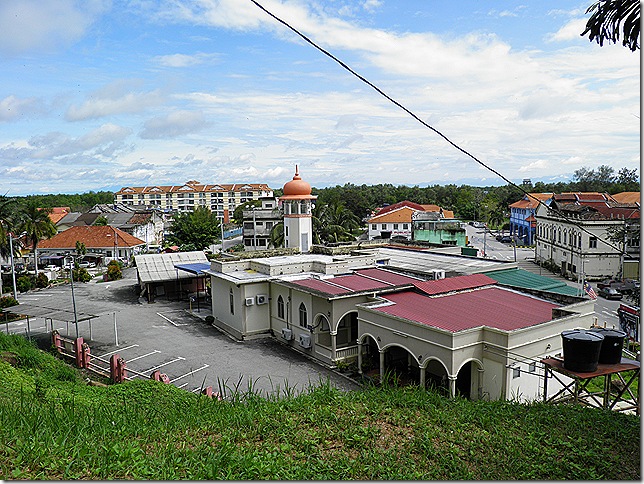 In the town centre is an old Post Office building which has not been as over-refurbished as many, and a Chinese temple built around an ancient tree of some spiritual significance. 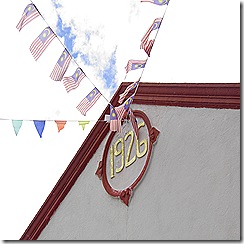 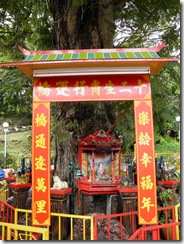 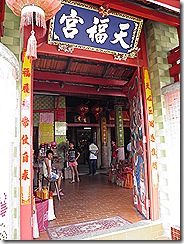 The 1907 lighthouse has been nicely maintained. 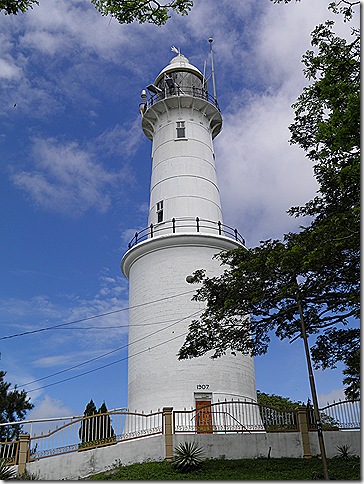 Troops of silver leaf monkeys like to congregate near the lighthouse to beg (or snatch!) food from tourists. Oddly their babies are orange colour. 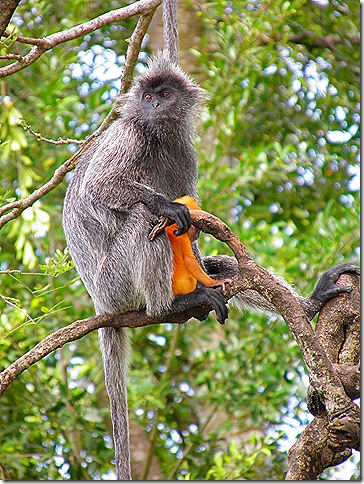 Others prefer just to relax and enjoy the view. 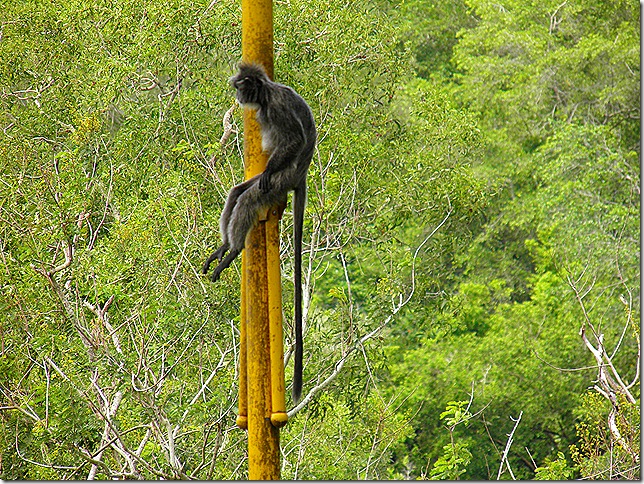 On the other bank of the river is a brand new temple with an unusual cave-effect design. 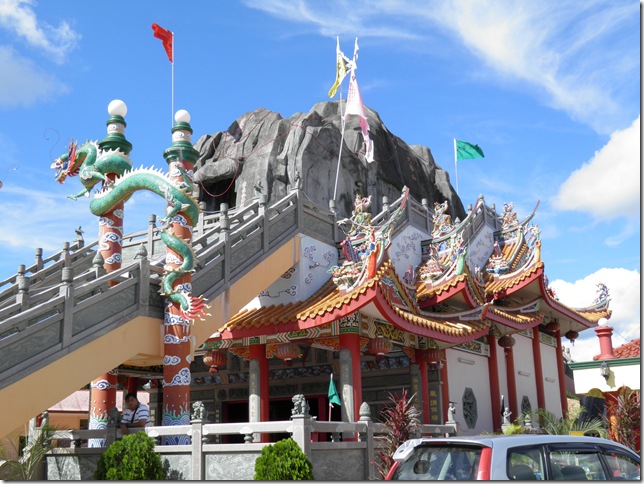 At the nearby jetty are a number of seafood restaurants. This is a good place to buy locally made dried seafood products. 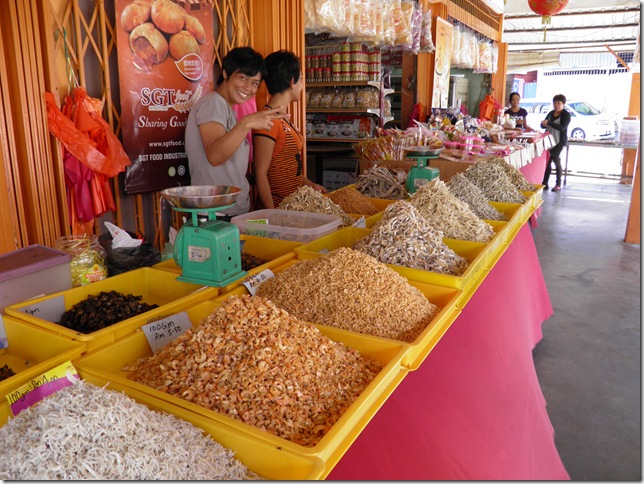 The famous fireflies are located a few kilometres outside of town. There are two main spots – at Kampung Kuantan or the Firefly Resort Park. At these places boatmen paddle tourists past berembang mangrove trees on the river bank where fireflies put on their nightly flashing light show. 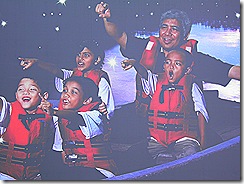 A couple of years ago some bright spark started indiscriminatingly bulldozing the mangrove trees along the river bank to clear the way for oil palms or other purposes, not realising (or not caring?) that this was depriving the endangered fireflies of their habitat. Fortunately enough fuss was made to halt the damage and prevent the fireflies from being wiped out completely in this area.

We don’t know how much longer goats will be allowed to graze in Kuala Selangor’s high street but let us hope that the town manages to retain its peaceful charm in its rush for development. 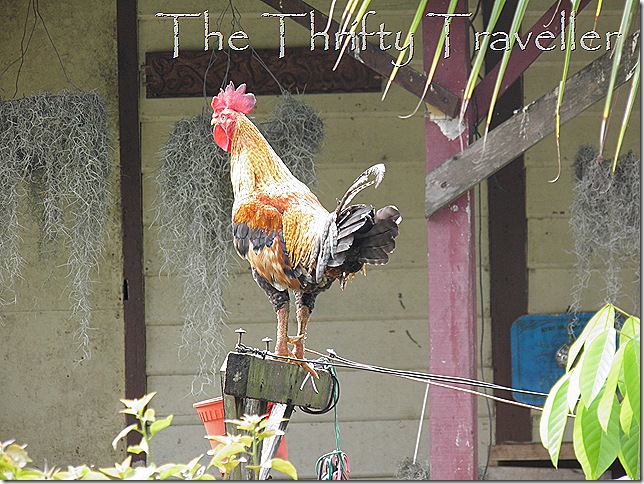 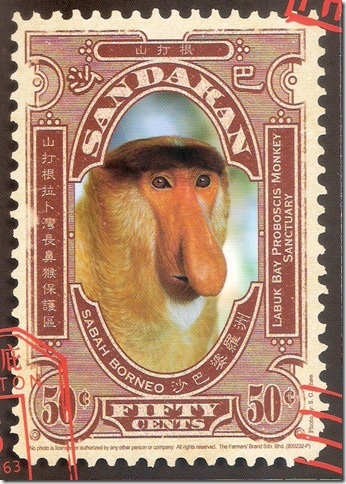 On my recent trip to Sandakan I spent a pleasant half day at the Labuk Bay Proboscis Monkey Sanctuary.

Due to limited time, it was a toss up between this place and the Sepilok Orang Utan Sanctuary which is also close to Sandakan. Since I had already seen an orang utan reserve in another part of Borneo, I opted for the proboscises.

Proboscis monkeys are native to Borneo. They were once widespread in the mangrove forests along the coast and on river banks of this massive island but due to rampant deforestation and destruction of their natural habitat they are now highly endangered with only a few thousand left in the wild. Even at Labuk Bay, the monkeys’ domain has been reduced to a narrow strip of coastal mangrove, surrounded by oil palm plantations. 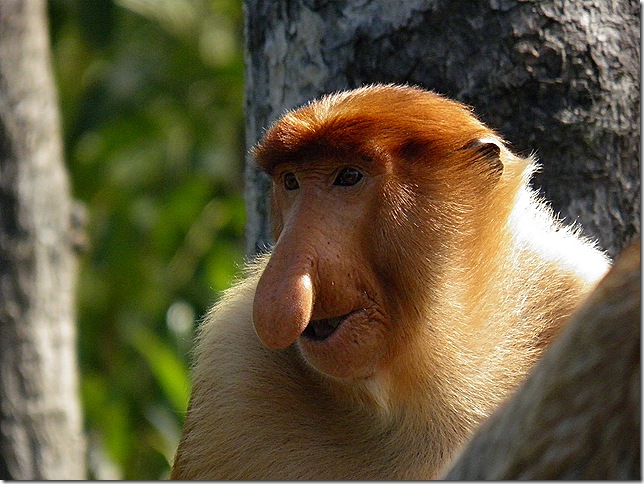 At the sanctuary, a few dozen monkeys, divided into two or three family groups*, emerge from the trees at feeding time and sit down on platforms to enjoy a meal of fruits and vegetables handed out by the park rangers and watched by tourists. Their natural diet includes tough, chewy mangrove leaves and they are equipped with a second stomach, like a cow’s, to help them digest the leaves. 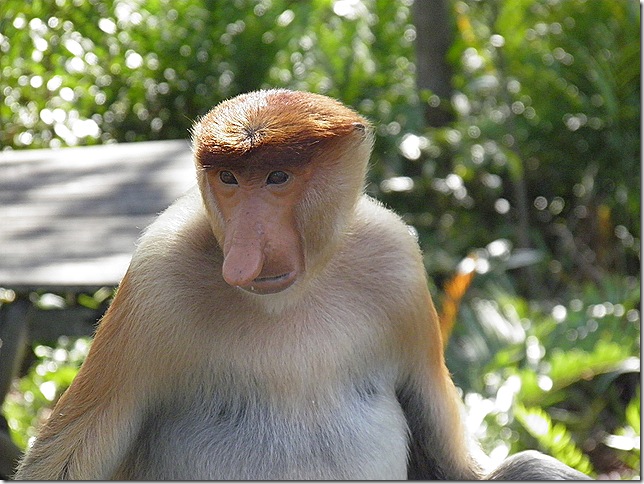 The strongest and most dominant of the big-nosed male monkeys has a harem of wives and lots of babies. Smaller or younger males form a bachelor group, sitting around in bored frustration and flirting with the wives when the boss is not looking – but he always is looking. One day, when the boss gets old and weak,  one of them will take over the harem. 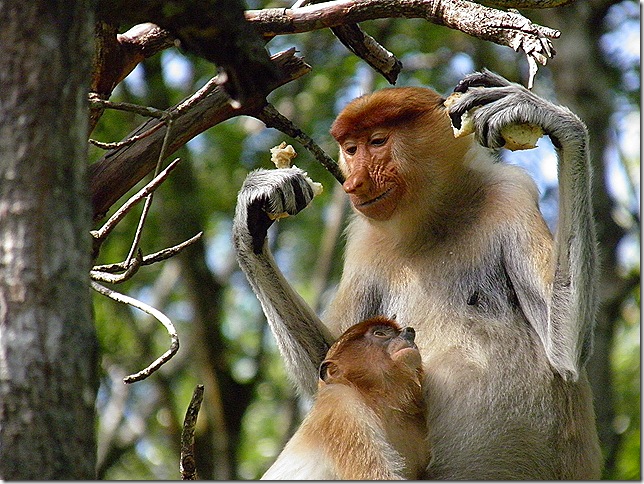 The longer I spent looking at these curious creatures, the more like humans they seemed. They have the same human frailties; lust, greed, anger but they also like to play, tease, and cuddle as this mother’s seemingly smiling face shows.

I had always wanted to see these close cousins of ours in the wild ever since I was a kid after reading the Tintin adventure, Flight 714. Here is the relevant extract: 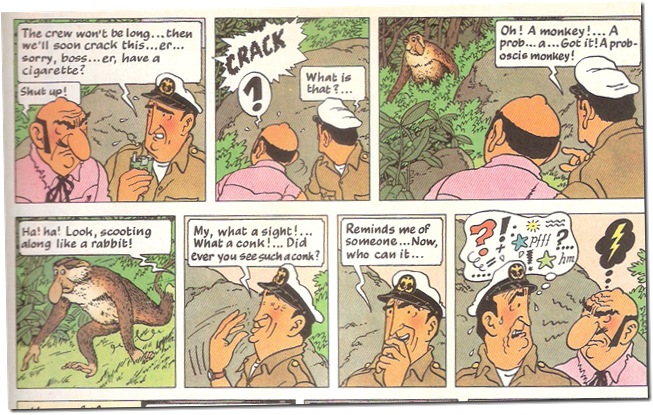 At Labuk Bay, I also kept thinking that these monkeys reminded of somebody and then I realised it was Van Gogh (I suppose it’s the hat): 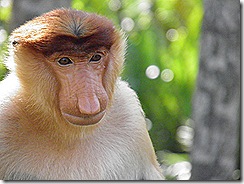 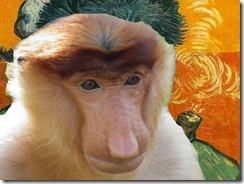 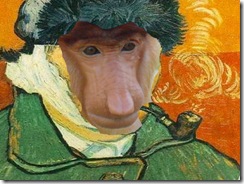 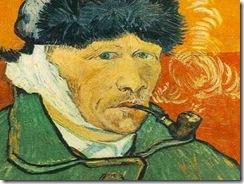 Let’s hope that the countries which share the island of Borneo (Malaysia, Indonesia and Brunei) can set aside much larger areas for the proboscis monkeys and other endangered species to ensure their long term survival.

*Fans of It’s Not the Nine O’clock News who can remember the gorilla sketch (flange of baboons, whoop of gorillas) might be curious to know if there is a colourful collective noun for proboscis monkeys – like ‘hooter’. Apparently not. Troop of monkeys is the usual collective.