Japan might be the country in Asia best known for its sakura (cherry blossoms) but Korea too puts on an excellent floral display in Springtime. One of the best places in Seoul to see cherry blossom and other spring blooms is Namsan Park which we visited in mid April just as the flowers were at their peak.

The park is conveniently located in the heart of the city and is handy for office and factory workers to stretch their legs during their lunch breaks. Actually, to get all the way to the top of the hill involves quite a long walk and we spent a couple of hours ambling along in the cool crisp air – such a pleasant change from our normal humid weather in Malaysia.

Some office workers were enjoying picnics under the falling cherry tree petals.

From the top of Namsan hill, also called Mount Mongmyeok, there was a fine view over the city.

In addition to foreign tourists, there were a lot of locals at the peak, including this party of Korean schoolboys.

The craze of ‘love padlocks’ appears to have taken hold in Korea. In case you are not familiar, this fad is where sweethearts lock a padlock to an immovable fixture like a bridge and then throw away the key to symbolise their unbreakable bond. The padlocks are usually inscribed with the couple’s names or initials. Great business for padlock vendors!

Not wishing to buy a padlock I spent my money instead on a very tasty micro-brewed craft beer which was easily the best tipple I had during our trip to Korea.

If you like Japanese-style hanami (cherry blossom viewing) but don’t like the crowds in Japan I would definitely recommend Korea as an alternative next year. 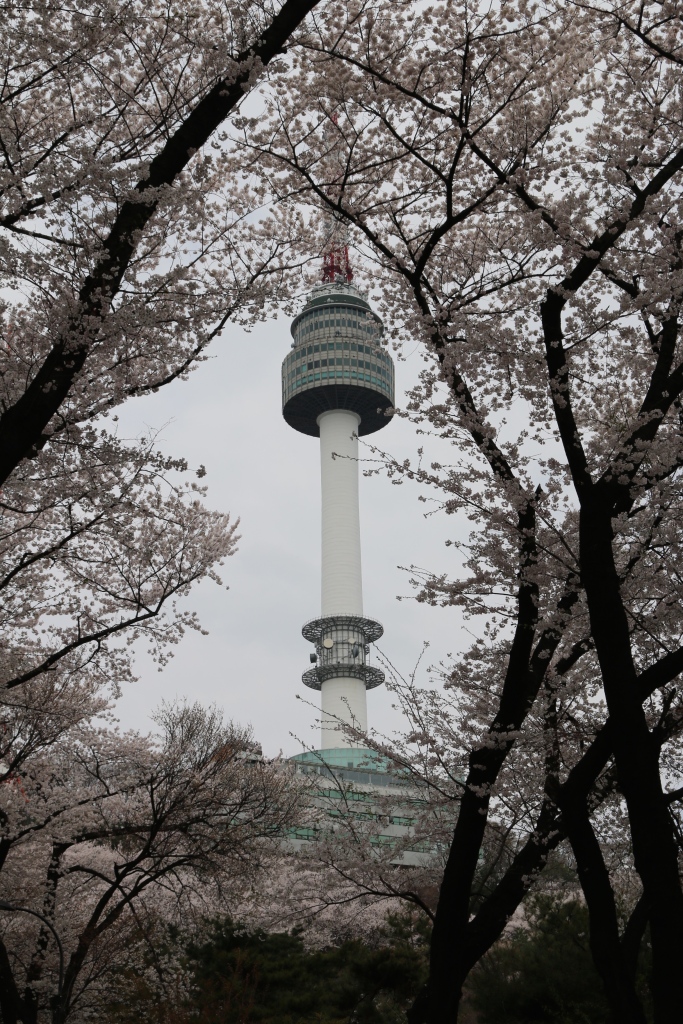