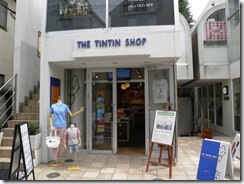 While in Tokyo recently we took the opportunity to visit the Tintin Shop near Harajuku.

There are a number of these official Tintin merchandise retailers around the world but this is the first one I have been to.

I have been a keen Tintin fan since the age of 10 when my parents bought me a copy of On A Marché Sur La Lune. 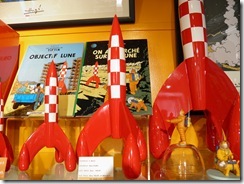 We were living in Beirut at the time where only French language Tintin books were available. I was new to French but this book, together with Astérix Aux Jeux Olympiques, motivated me to get up to speed on my vocabulaire.

Tintin, the fictional young reporter and adventurer, never made it to Japan in any of his travels. The closest he came was China in Le Lotus Bleu, which many consider to be one of Hergé’s finest works (Hergé was the pen name of the Belgian author Georges Remi 1907–1983). Indeed the French newspaper Le Monde ranked Le Lotus Bleu as the 18th best book of the 20th Century on their list which is dominated by French language works. 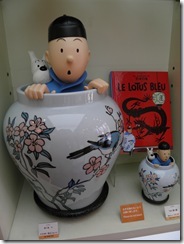 Le Lotus Bleu was written in 1934 and revised in 1946. The story is set against the historical backdrop of the Japanese invasion of Manchuria which was triggered by the Japanese blowing up a railway and blaming it on Chinese forces – the infamous Mukden incident. The book is very anti-Japanese in its tone and Hergé’s sympathy for the plight of the Chinese would have been influenced by his friendship with a young Chinese artist called Chang Chong-jen. And let’s face it, the Japanese were not doing a lot to make themselves popular in the eyes of the West or the Chinese during these war years!

Despite the book’s very unflattering portrayal of Japan it seems that Tintin has quite a following among the Japanese and enough local fans to sustain six Tintin stores in the country. 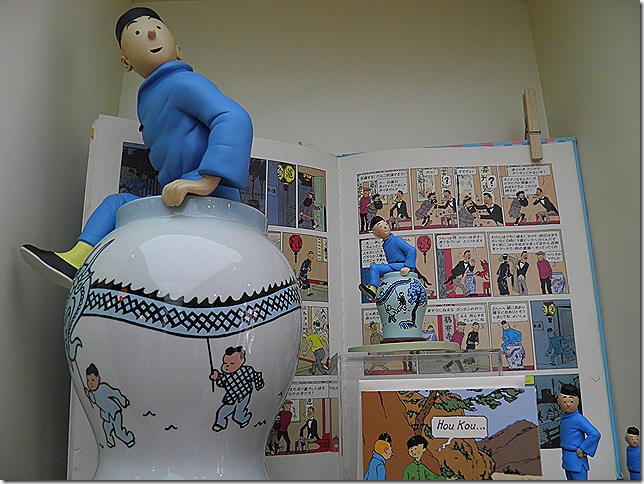 Tintin’s popularity in Japan may be due to Japan’s strong comic book culture (manga) and their shared love of travelling to exotic countries. Many Japanese salarymen can probably identify with the whisky-swilling Captain Haddock and of course the cute Snowy is kawai in any language. 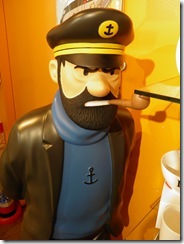 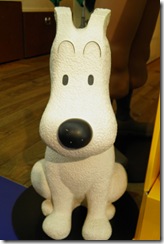 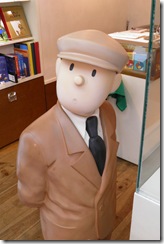 I would have liked to purchase one of these figurines but they were a bit expensive so we bought a few t-shirts instead. 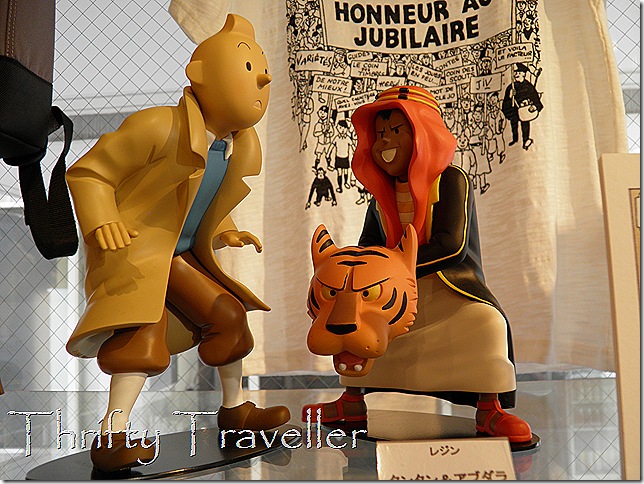