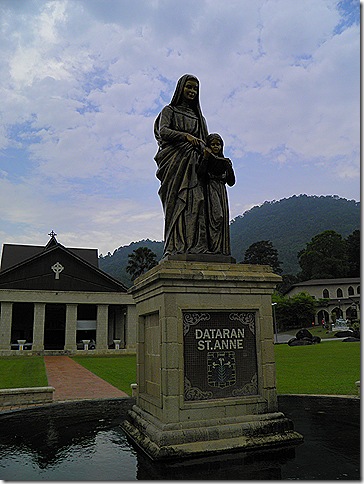 Bukit Mertajam is a fast growing town on the strip of territory belonging to Penang on the mainland of Malaysia which was previously known as Province Wellesley. This strip of land was ceded to the British East India Company in 1798 by the Sultan of Kedah and named after Richard Wellesley who was Governor General of India at the time. Wellesley was elder brother to Arthur, the Duke of Wellington and was the great great great grandfather of Queen Elizabeth II.

I wanted to go to Bukit Mertajam Recreational Park but thanks to the town’s confusing road lay-out, road works,  poor signage and my lack of a decent map, I failed to find the entrance to it.

Never mind. I found the Church of St. Anne instead which must be one of the largest and most impressive church compounds in Malaysia. Every year, for a ten day period around the feast of St. Anne on 26th  July, tens of thousands of pilgrims descend on Bukit Mertajam from all over Malaysia and beyond. 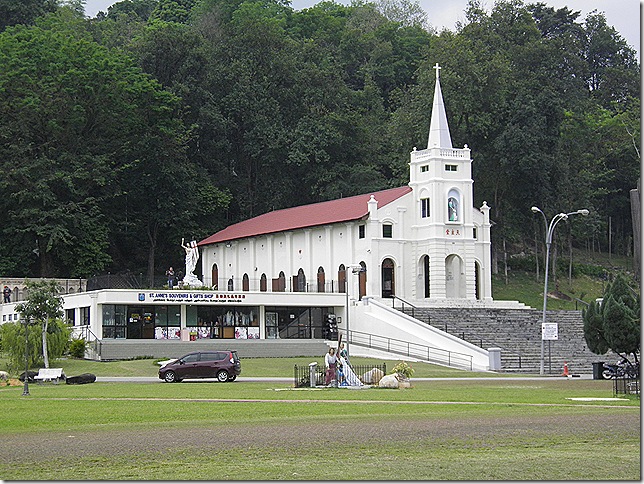 St. Anne’s Church was founded by French Catholic priest Adolph Couellan in 1846. St. Anne is a popular saint in France. It is thought that she was the mother of the Virgin Mary (i.e. the grandmother of Jesus).

There are two church buildings in the compound and a number of other buildings. The older church, which is now known as the Shrine of St. Anne, dates from 1888. Three bells were imported from France and installed in 1896. They were removed by the Japanese during the war and only one has since been recovered. 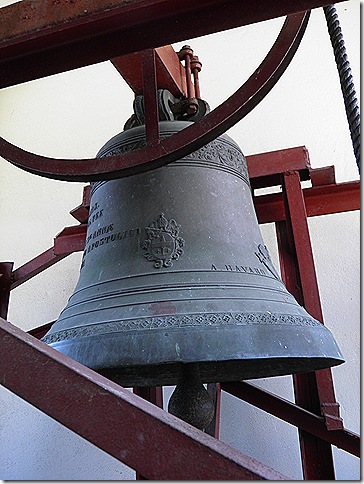 Behind the old church is a path with steps leading up a small hill dotted with ‘stations of the cross’ and reminders of the Ten Commandments. 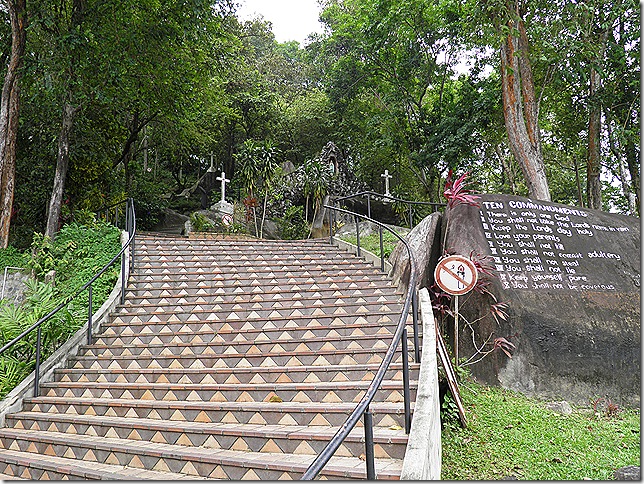 A newer, larger church was completed in 2002. 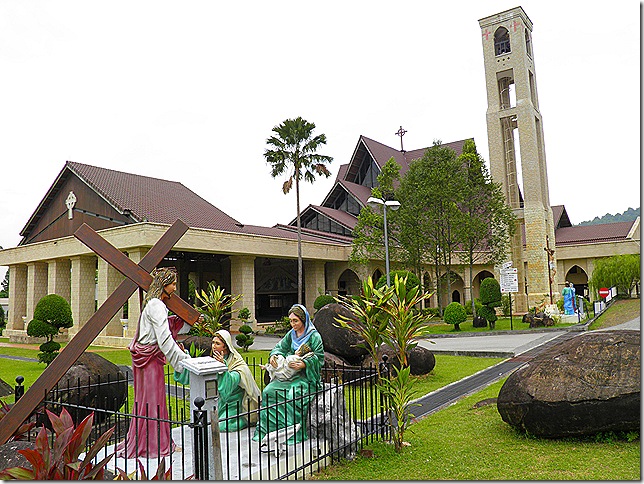 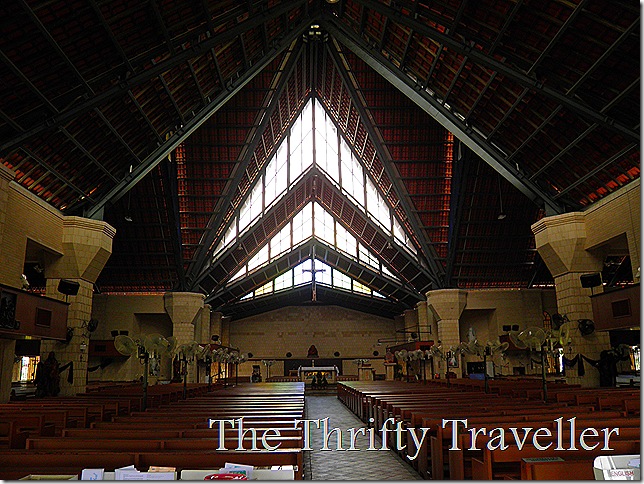