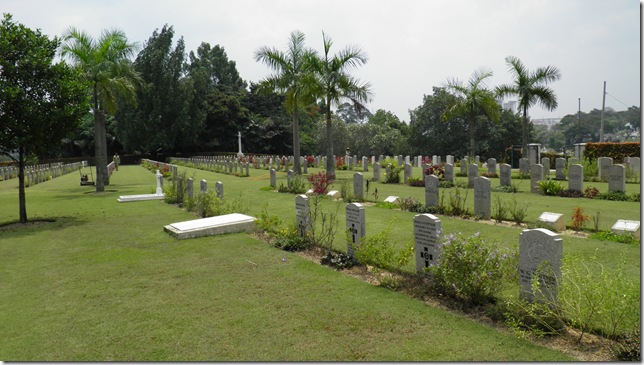 I’ve been spending a lot of time in cemeteries lately.

I’ve volunteered to assist The War Graves Photographic Project which, in association with the Commonwealth War Graves Commission (CWGC), aims to photograph the graves or memorials of every military casualty since WWI. In this way, family members who are unable to visit the graves of their loved ones due to the location can at least obtain a photo.

It’s an immense task as you can imagine. So far over 1.7 million named graves and memorials have been recorded.

Here in Malaysia, there are more than 6,500 graves in over 30 locations which are under the care of, or are known to, the CWGC.  Most of these are from WWII and from the Malaya Emergency period. The list also includes police casualties and dependents of military personnel. Some are in dedicated CWGC cemeteries such as those at Taiping and Labuan while others are in civil cemeteries. My involvement is to locate and photograph those graves in Malaysia which have not already been covered.

You might consider this a rather morbid pastime (and it is unpaid) but I think it is worthwhile. As well as providing a photographic record, this work helps to correct errors or misspellings in the Ministry of Defence’s lists which might otherwise prevent genealogists from tracing their relatives.

The Kuala Lumpur cemetery at Cheras Road is a civil one but the CWGC graves are in separate section which you can see in the background of the photo below (behind the hedge). 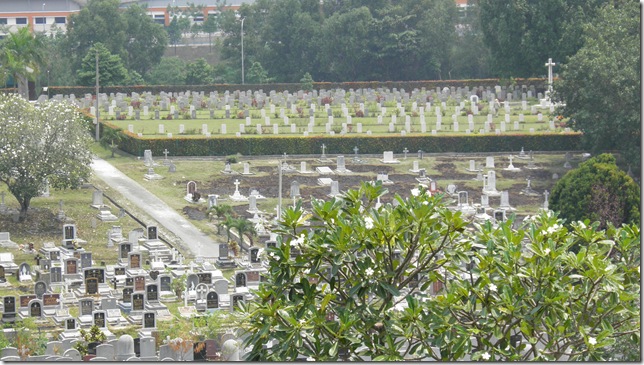 The CWGC graves are well maintained by Bangladeshi gardeners. Mr Faisal here is seen plucking a weed from the immaculate lawn. 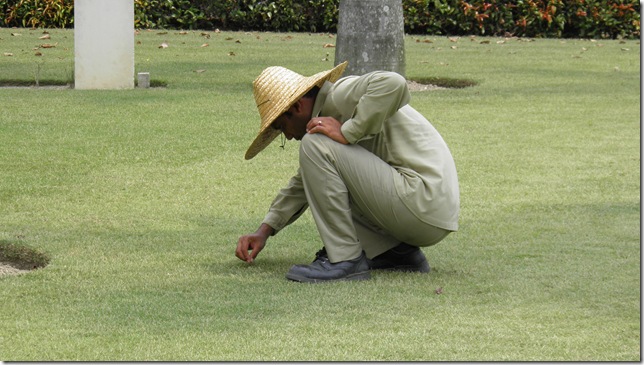 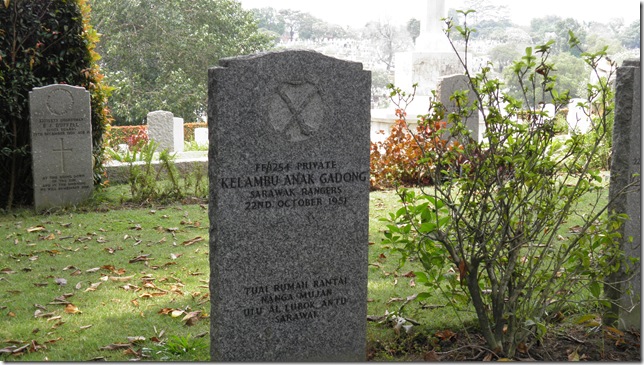 The Sarawak Rangers were a small force of Iban trackers whose jungle skills were employed to seek out Communist terrorists during the Emergency. General Sir Gerald Templer, the Commander-in-Chief at the time, described the Ibans as the world’s best jungle trackers. 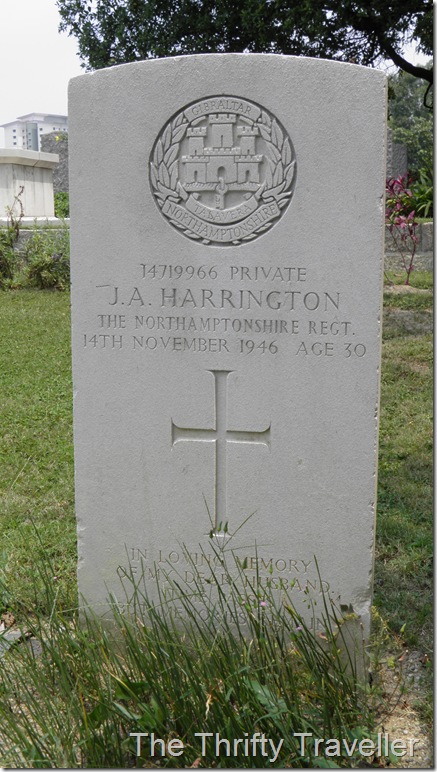 Since writing this post there have been a number of comments regarding the former cemetery at Venning Road. As mentioned in one of the comments below,  when the Venning Road cemetery was redeveloped, the graves there were exhumed and the remains were reburied in a single mass grave at Cheras Road. This is the mass grave site. 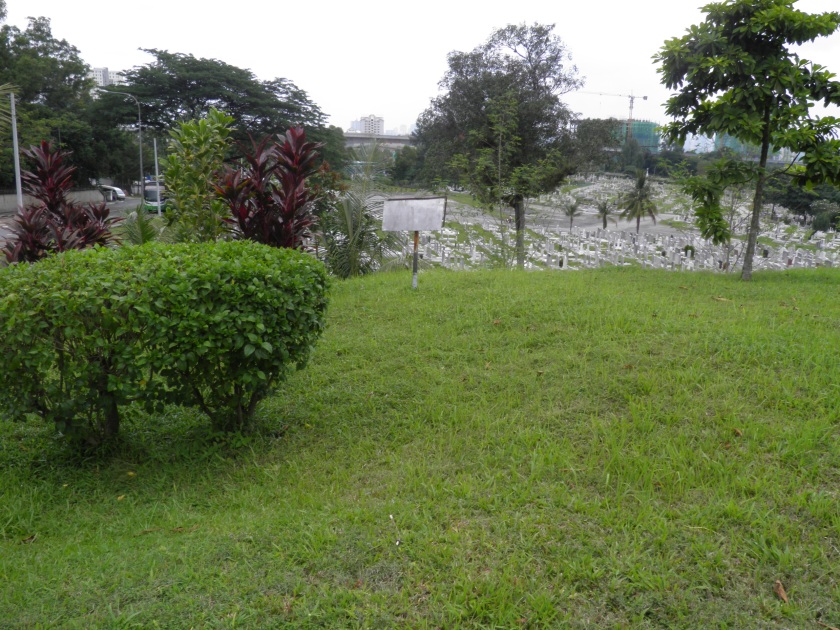 The grave is marked only by a rather undignified metal sign which has faded and is almost illegible. Here is a close up of the sign: 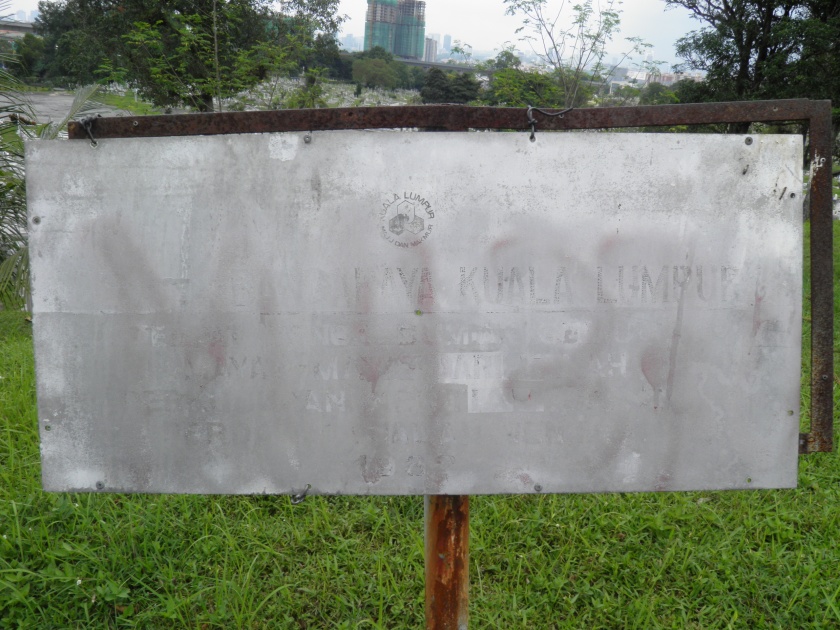 This unsatisfactory state of affairs has been raised with the British High Commission in Kuala Lumpur and they have agreed up the matter with the concerned parties. The High Commission was sent a reminder in September 2017.

Since writing the above comment Isabel Woodward advised me that there is now a memorial on the mass grave site for those exhumed from Venning Road (see Isabel’s comment below). Here are Isabel’s photos of the memorial: 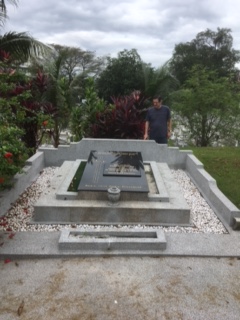 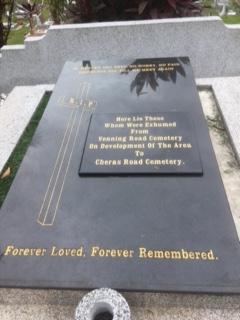 This new memorial is a big improvement on the old metal sign but it is a pity that there are no names of the individuals concerned. I suspect that no record of the graves exhumed was made, or if it was, it can no longer be found.