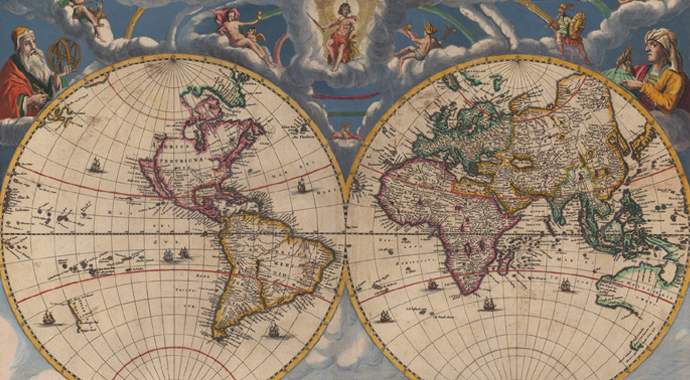 While flying back from Surabaya to Kuala Lumpur last month it occurred to me that I was crossing the equator for the fourth time this year.

Crossing the equator by air these days is a non-event. The Captain does not come onto the intercom to announce ‘ we are now crossing the equator’. There is no rush of passengers to the toilets to check whether the water in the wash basin swirls down the plug-hole in the opposite direction in the northern hemisphere compared to the southern (apparently that’s just an old wives’ tale).

Back in the glamorous days of air travel, up until the 1960s, some airlines used to make more of a deal when crossing the equator. BOAC for example would award their passengers with certificates to mark the event. 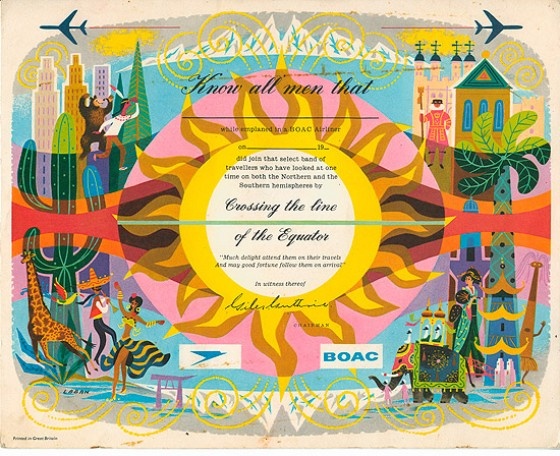 On KLM the pilot would dress up as King Neptune and scrub a few passengers with soap and water, an act which nowadays would probably end up in a lawsuit. KLM’s ceremony was a hark back to the traditional ‘crossing the line ceremonies’ held on ships.

The Royal Navy, US Navy and other navies, as well as merchant vessels, and some cruise liners, still pay their respects to King Neptune, Lord of the Seas, on crossing the equator. This requires all those who had never previously crossed the equator to be initiated and usually involves a lot of dressing up in fancy dress and people getting very wet. 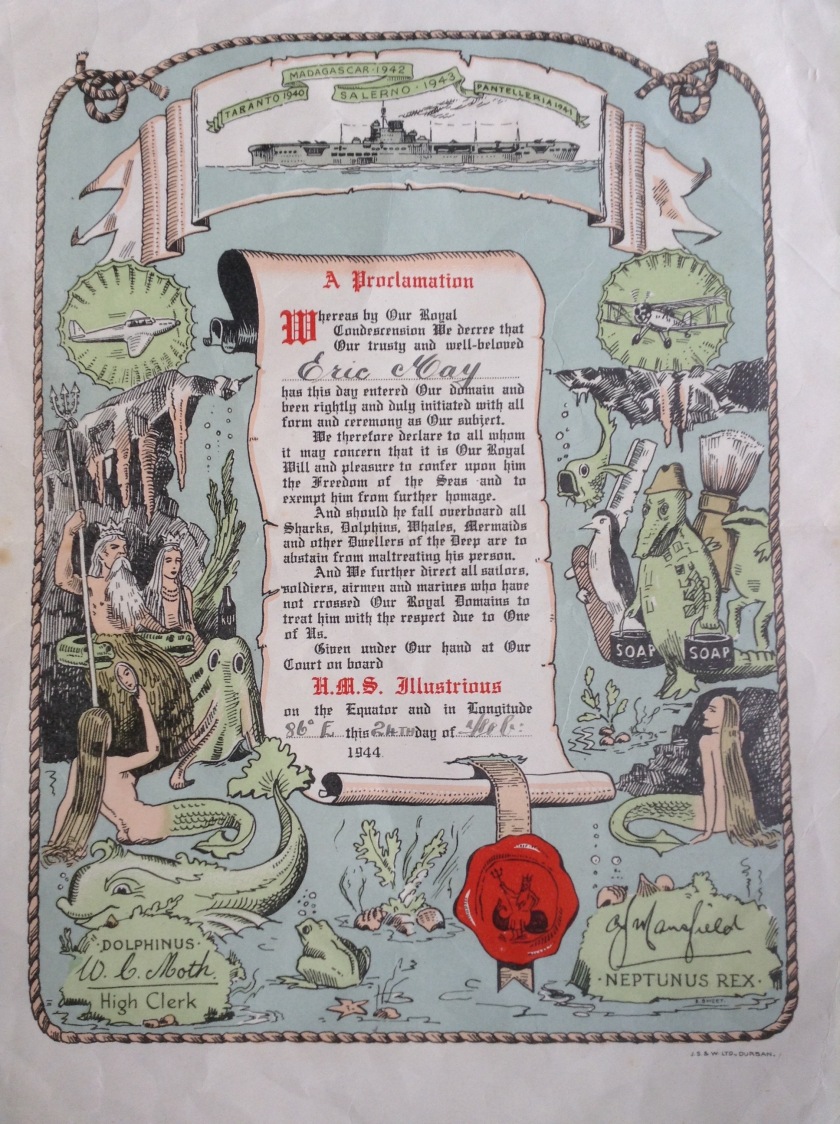 My father received his certificate in 1944 while serving in the Royal Navy on board HMS Illustrious. He crossed the equator at longitude 86° East which is in the Indian Ocean, south east of Sri Lanka and about mid way between the Maldives and Sumatra. Actually he says this was the second time he had crossed the equator but the certificate had not been issued on the first occasion (there was a War on at the time).

Air travellers today are not so concerned about the equator or other lines of latitude. We are only concerned with lines of longitude, because these bring jet lag.